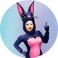 Product: The Sims 4
Platform:PC
Which language are you playing the game in? Deutsch
How often does the bug occur? Every time (100%)
What is your current game version number? 1.75.125.1030
What expansions, game packs, and stuff packs do you have installed? Snowy escape Eco lifestyle Discover university Island living Get famous Seasons Cats and dogs Citiy living Get together Dream home decoration Realm of magic Strangerville Jungle adventure Parenthood Vampires Dine out Spa day Outdoor retreat Paranormal Nifty knitting Tiny living My first pet Laundry day Toddler Fitness Vintage glamour Backyard Kids room Romantic garden Movie hangout Spooky Cool kitchen Perfeckt patio Luxury party
Steps: How can we find the bug ourselves? Knitting some socks (or other clothing) add it to the wardrobe, do another variety of the same item and then you just can't add it.
What happens when the bug occurs? If I try to add another variety to the wardrobe the option is grey and can't be used ... this happens with every clothing item you can knit so far
What do you expect to see? That I can add every variety once to my wardrobe in every family.
Have you installed any customization with the game, e.g. Custom Content or Mods? Not now. I've removed them.
Did this issue appear after a specific patch or change you made to your system? No

maybe someone here knows a solution to this:
I just got the "nifty knitting" add-on some weeks ago. After playing it for a while I notice that I only can add on version of a knitted clothing to my wardrobe.

Like .. I can add the red socks but not the blue one of the same type. At first I thought I did something wrong, and tried different things, but this is with all clothing Items!

I have no mods installed or anything of that ...

I have most of the expension packs and Item packs so far ... and I have no Idea why this is happening. Takes the fun from this feature for me so far.

Nifty knitting: clothes "already added", but not in CAS (and hadn't been added)

Product: The Sims 4
Platform:Mac
Which language are you playing the game in? English
How often does the bug occur? Every time (100%)
What is your current game version number? 1.75.125.1230
What expansions, game packs, and stuff packs do you have installed? All except the kits and a couple of stuff packs
Steps: How can we find the bug ourselves? Knit an item. Try to add it to the wardrobe.
What happens when the bug occurs? The button is greyed out, claiming the item is already in the wardrobe, despite it not having been added *and* not being in there (I double-checked the different colours and such--it will not allow me to add it)
What do you expect to see? That unless the item has already been added to the wardrobe, it is able to be added to the wardrobe.
Have you installed any customization with the game, e.g. Custom Content or Mods? Not now. I've removed them.
Did this issue appear after a specific patch or change you made to your system? Yes
Please describe the patch or change you made. Most likely it was after one of these three: - Bought and installed Dream pack (can't remember if I added any knitting with the sim I was playing right before the back) - The patch before the Dream pack - The patch before *that* (I tend to use knitting a lot--those dressers are gorgeous!)

I first noticed that it wasn't working yesterday, in the save that I've been using the Dream pack with, but decided that I must've misremembered about adding it or ... something. Then I checked today and googled, where all the solutions were either inapplicable (I am sure that I am looking at the right places and right colours) or were caused by mods I don't have. Since I do have some (mainly a bit of CC, while waiting for the larger mods to get updated), I removed all of them and restarted the game, but still no dice.

While it didn't solve the issue, it *was* enlightening: the issue is explicitly with one particular household! Another household in the same save does not have that issue.

The household that it doesn't work with consists of three members: Izzy Fabulous who's in the same career as he is in standard, one Sim (the knitter) who's an interior designer, and one Sim that I imported from the gallery (currently unemployed, is going into Uni). She has what looks like most of the traits from the reward store, whereas none of the others have any.

They live in one of the Uptown apartments, next to the Fang family, whereas the working family lives in a house (and consists of a knitting child and a scientist).

3) Create a completely new savefile with an interior designer

Any other ideas on things I can try? At this point it doesn't look like it's a critical bug, but it's annoying and I want to do my best to ensure plenty of information for whomever's needing to hunt down this bug.

@melindrea82 Could you try removing Izzy from the household to see if he's the culprit ?

Ack, false alarm >.< --the repair *did* work, just not with the items she had already made. Now that I'm down to a working sim, I'll put all the other stuff back and see if anything breaks it.

I have a similar issue where I can't add any knitted clothing to my sims wardrobe. When I try to add a knitted item to my sims wardrobe via the inventory the option is greyed out and says that it has already been added but when I go into CAS the items are still locked. Had to cheat my way to a sweater through the gallery in order to complete the knitting aspiration.

I also have the same issue. I don't think it's specific to German localization since my game is in English.

I am having this issue as well. I don't have any mods downloaded, and play the English version. I think the issue began in the last week or so. I'm not sure, but there might have been a patch update and that could have caused this. It's pretty annoying, and I haven't been able to find any cheats or workarounds. Hope the developers fix this soon; knitting sweaters is kind of the whole point of Nifty Knitting