Product: The Sims 4
Platform:PC
Which language are you playing the game in? English
How often does the bug occur? Often (50% - 99%)
What is your current game version number? n/a
What expansions, game packs, and stuff packs do you have installed? Pets, City Living, Get Together, Get To Work, Parenthood, Vampires, Dine Out, Spa Day, Outdoor Retreat, Laundry Day Stuff, Vintage Glamour, Backyard stuff, Kids Room, Cool Kitchen Stuff, Perfect Patio stuff
Steps: How can we find the bug ourselves? Placing the toilet paper, potted palm, Long John Buttercups chandelier or the square confection ceiling light inside a room makes this glitch happen. When placed outside they are fine and if you hover over them with the mouse they are fine too.
What happens when the bug occurs? Parts of items are invisible or change colour - for example, the palm tree plant's leaves become invisible and one side of the toilet paper can either go invisible or have strange colours on it.
What do you expect to see? Complete objects without strange colours or invisible parts.
Have you installed any customization with the game, e.g. Custom Content or Mods? Not now. I've removed them.
Did this issue appear after a specific patch or change you made to your system? Neutral/Not Sure 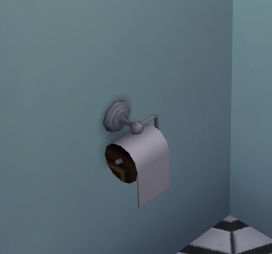 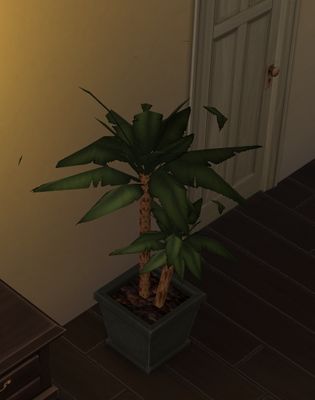 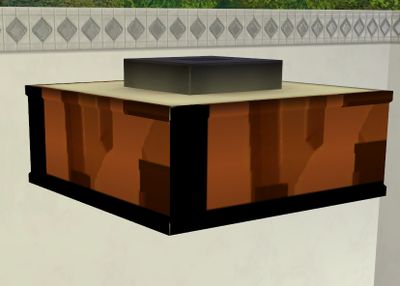 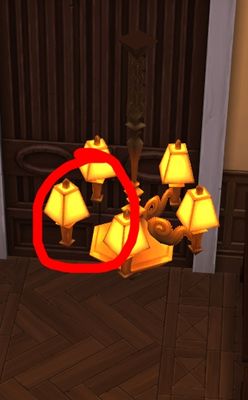 This glitch has been occurring for some time now for me where the textures of items either appear in a way that they shouldn't or don't appear at all. I do use custom content but when these glitches started appearing I removed it all but they still persisted. I don't use a lot of cc either and I have no mods. I've tried clearing the cache but nothing has worked. I have tried repairing the game via origin too

@hughezzyy I am unable to reproduce this in my game.  I know you've taken some steps to try to clean up your game, but please do the following, in order: 1) Remove all mods/CC to a different location, 2) clear your cache, 3) repair the game via Origin, 4) start a new save and test the objects in the new save.  If you still experience problems with them after all of the above and in a new save without mods/CC, let us know.

I tried these steps but unfortunately didn't solve the problem. However, I tried switching off laptop mode and up to now the problems have gone! Thank you anyway for your help!

Ah, okay, yes I do see all of those glitches with the items in laptop mode.  Will add to our list.

Update on this issue post the 6/19/18 patch - I am no longer seeing issues with the listed objects *except* for the Square Confection Ceiling Light.  The light still has a glitch where all side of it except one turn black upon placement:

@hughezzyy could you check the objects in your game? 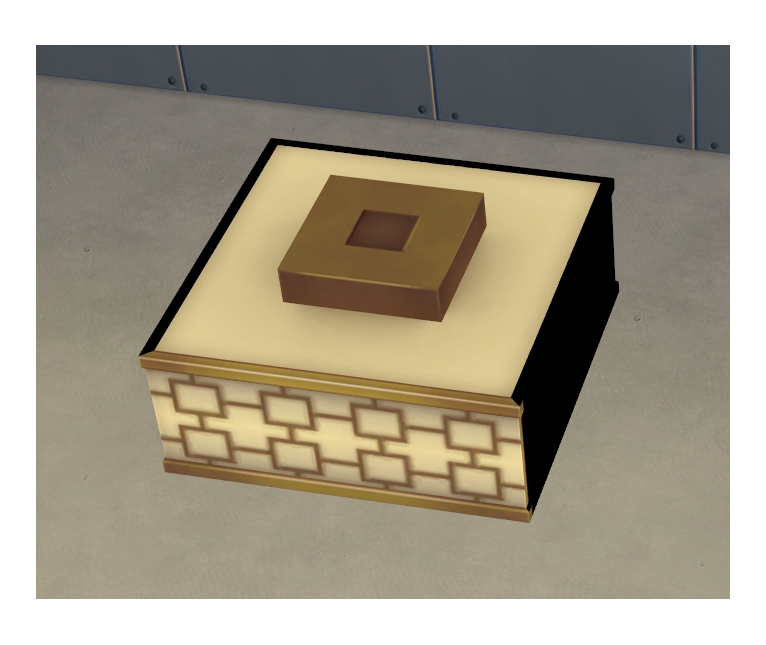 Hi, sorry for the late response. I've checked all of the objects from my original post and they are all fine apart from the Square Confection Ceiling Light. It's the same glitch as shown in your picture and still only seems to occur in laptop mode. 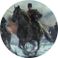 Product: The Sims 4
Platform:PC
Which language are you playing the game in? English
How often does the bug occur? Rarely (0% - 9%)
What is your current game version number? 1.62.67.1020
What expansions, game packs, and stuff packs do you have installed? Discover University, Island Living, Get Famous, Seasons, Cats and Dogs, City living, Get to Work, Realm of Magic, Strangervilles, Parenthood, Dine Out, Movie Hangout Stuff, Cool Kitchen Stuff.
Steps: How can we find the bug ourselves? Unsure what trigger is other than well into game session. Happens too rarely to identify more commonalities between the secession they occur in.
What happens when the bug occurs? Textures do not load on random objects properly until the mouse is hovered over them. In the example of the thermostat (without mods, harder to get example pictures due to nature of it) it showed the wrong color for what it was set to until the mouse is hovered over it. In the example of the easel (pictured, while mods installed) it looks as if the uv mapping is off until the mouse is hovering over it. In both instances they look normal when highlighted with mouse)
What do you expect to see? Textures loading properly regardless of whether or not it is highlighted
Have you installed any customization with the game, e.g. Custom Content or Mods? Yes
Did this issue appear after a specific patch or change you made to your system? Neutral/Not Sure

Occurs regardless of mod status.

I have had to retype this out twice now due to the site crashing when I hit submit, so that's another problem that is making me too angry. (Hit Submit, button greys out, nothing happens)

@AshesKit Have you tried repairing your game yet ?

- Press Windows-Key + R
- Type: DxDiag
- Click on Save all Information.
- Attach the Text File to your post

@AshesKit Did repair help anything ?

I have this happen a lot too, often on the owl from Cats and Dogs while on the Yuma Heights lot, and the Vampires sofa in the Fashion District penthouse, among other items.

I removed all my mods, I refreshed my folder (renamed the folder and allowed the game to generate a new one), repaired the game, none of that worked. Then finally I messed with the graphics settings: it worked when I turned off laptop mode, unfortunately I need laptop mode for performance reasons (that being that I am on a laptop lol).