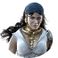 Feb 2021 and still can't snorkel as a mermaid to complete this task.

You can't snorkel, but in mua'pe lam or whatever there is two spots to dive. The one you can use to "Survey ocean wildlife" is behind the beached ship house, not the spot you can free dive in. I have a marine biologist mermaid at the top level in my current game, and was able to complete all tasks I chose to do without issue.

// oh nevermind, that's not what this was about, I'm just an illiterate idiot.

Also having this issue, Feb 2021. Booted up my game to play for a bit, and my mermaid sim with the Marine Biologost branche keeps getting "snorkel in Mua Pel'am". This feels like a pretty big oversight considering this career and mermaids were two big selling points of the pack.

I have this problem.

My mermaid conservationist lives off the grid and was responsible for supporting her teen sister (who aged up and is attending university).  I actually abandoned this save for a while because it was TOO FRUSTRATING.

She used to sell her little sister's school projects for food money because she never got paid because SNORKELING, and....

Well, I sent my mermaid conservationist into the office until she got promoted past the WFH task being SNORKELING every day, and she's now level 10, and also I bought Eco Lifestyle and that makes off-the grid so much nicer, and she even found birds of paradise in the beach cave! but....

STILL WITH THE SNORKELING. Not daily, at least, but often enough to be really frustrating!

I could just switch careers, I suppose, but I built her with conservatonist in mind.  Active, loves the outdoors, Child of the Islands.  I mean, it seems natural to ME that a mermaid would care about the health of the ocean. (My mermaid conservationists in other saves are all Environmental Managers because SNORKELING.)

She's gotten into gardening as a sideline, so at least she and her little sister aren't starving, but good grief.  ENOUGH with the damned snorkeling!

Replying to myself, sorry.

Sometimes I feel like the Sims team believes there are two types of Simmers:  "fantasy" players who like occults and "weird" things, and "realism" players who like families and things like cleaning up the environment, and never the two shall meet.  Mermaid conservationist is an example.  (I also have another save with a spellcaster married to a mermaid, and their children ran into the hybrid glitch, because who would play a family with occults, let alone more than one kind of occult? *raises hand*  But I digress.)

Some of us want our mermaid to be a marine biologist.  It seems logical to ME that a mermaid would care about the environment and the health of the ocean!  Mermaid and environmentalist are two of the big features of Island Living, as Adolphus2217 pointed out above.  The only possible explanation I can think of for why they didn't test whether they work together is the paragraph above.

April 2021: I've just encountered the same issue and decided to work around it with eating 2 kelp to make my mermaid human for the snorkeling task. Then eat 1 kelp to turn mermaid again. Kind of annoying but it's the only thing that works...aside from using cheats. And well, I've used a cheat anyway to get enough kelp right quick to be able to switch back and forth as needed to fulfill marine biologist tasks. A general fix of the issue would, however, be highly appreciated such as "observe" instead of "snorkel" and then let the mermaid/merman swim around just like a snorkler would. Should not be that hard to fix, right?

I'd honestly prefer not to, and to have my mermaid do the task she's assigned, but...