@Dannyy396 I've merged your post then. Thanks for confirming.

@emevens Sorry for your frustration, as I am seeing this also in my game. I have been having issues as well with flooring disappearing/deleting, and sometimes it leaves an odd gaping hole. Sometimes this is like a strange greenscreen effect only at certain angles (as in pic #1), and sometimes it's at all angles and just a strange hole with no flooring (as in pic #2) I do have both on video, if that becomes helpful at some point. Just let me know if you want the link.

When it is only at certain angles (#1) it was when I had built a porch/landing and removed the walls/ceiling from it afterward (and that is only over land). It looks like it has the default cement floor at most angles, and at certain angles it is a strange gaping hole.If I add tile floor or re-add those deleted walls the hole goes away, but it returns if I delete the porch 's outside wall. This is all definitely not normal. I use this technique a lot for certain porches/decks. Also if I add the default cement to that 'porch' it doesn't fill the hole. It needs to be a different flooring. And it apparently involves combining with 'Construction-Quality Concrete' flooring... but not with all of the walls. I did not try re-adding the cement myself, though.

This occurred while I was doing foundation experiments. This 'hole' appeared when I made a room over flooring with a glass tile so I could see the foundation below. It showed at all angles. 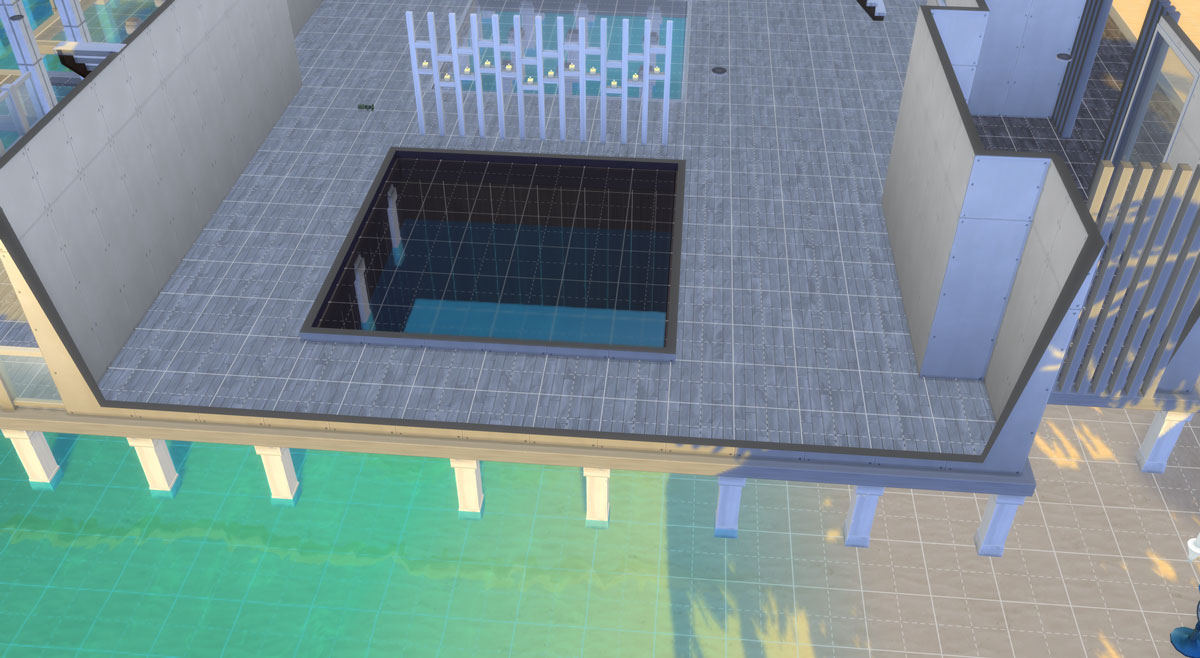 Revised/Edit... this (below) appears at certain pans at back of home (over the back deck - toward the left of Pic #2 and the area past it)

Hmmm.... It spread as I added a room on the first floor - after it removed the stilt foundation and I had to replace. 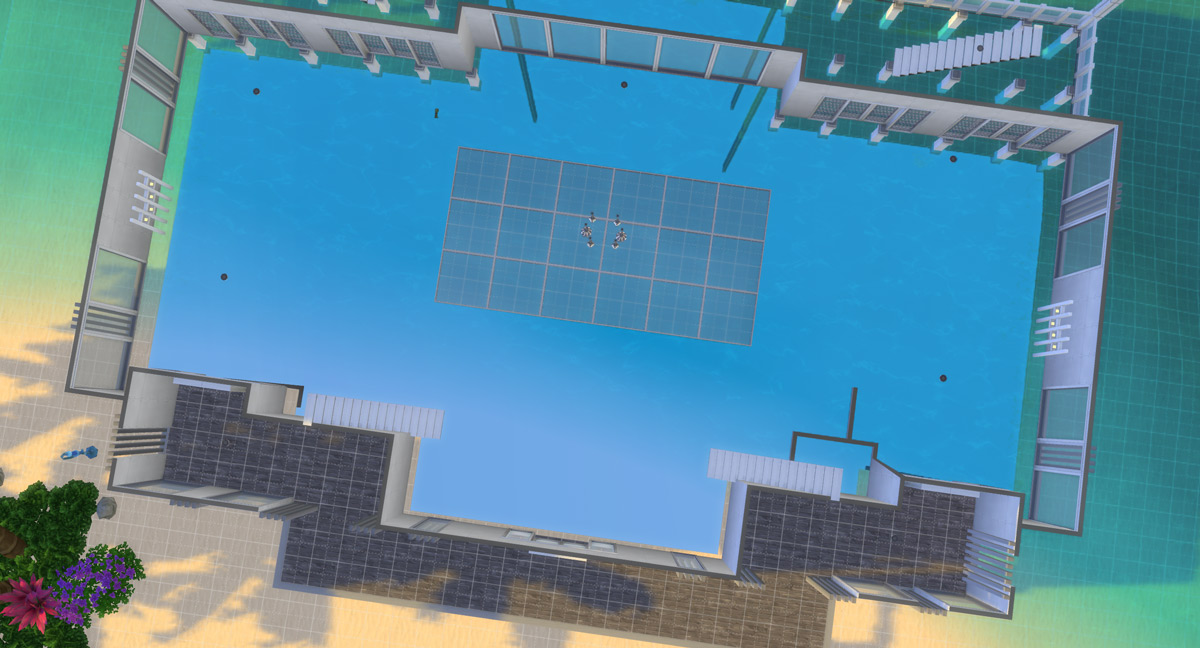 SheriGR ☕ –  I don’t work for EA.
Me Too – if you also have this problem – first post on thread has this button
XP – for helpful comments (& to help others 'level up')
Mark As Solution – to help others find the answer to the issue now & in the future
Message 12 of 77 (2,016 Views)
Reply
3
Highlighted

Same problem, graphics are all on the highest settings. It seems to be especially bad with decks.

Yesterday I downloaded Island Living and everything was fine. But now I’m midway building a house on one of the lots in Sulani and my floor disappears! As of now it’s only the floors that are in the water.. When the floor is gone in one of the effected rooms, I can’t place anything there. I’ve tried updating and repair and have taken out broken cc/mods, but no luck. Is it a glitch, does more people have the same problem or am I just crazy?

Re: [NEEDS INPUT] [IL] Glitch in outside flooring disappearing in Water lot buil

I'm also having this problem. The stilt foundation disappears if I'm too close or if I hover above the furniture.

Product: The Sims 4
Platform:PC
Which language are you playing the game in? English
How often does the bug occur? Every time (100%)
What is your current game version number? 1.52.100.1020
What expansions, game packs, and stuff packs do you have installed? All
Steps: How can we find the bug ourselves? On a water lot have stilted foundation
What happens when the bug occurs? If you look under that stilted foundation, it appears invisible
What do you expect to see? No invisible floor
Have you installed any customization with the game, e.g. Custom Content or Mods? Never used.
Did this issue appear after a specific patch or change you made to your system? Yes
Please describe the patch or change you made. 6/18/19 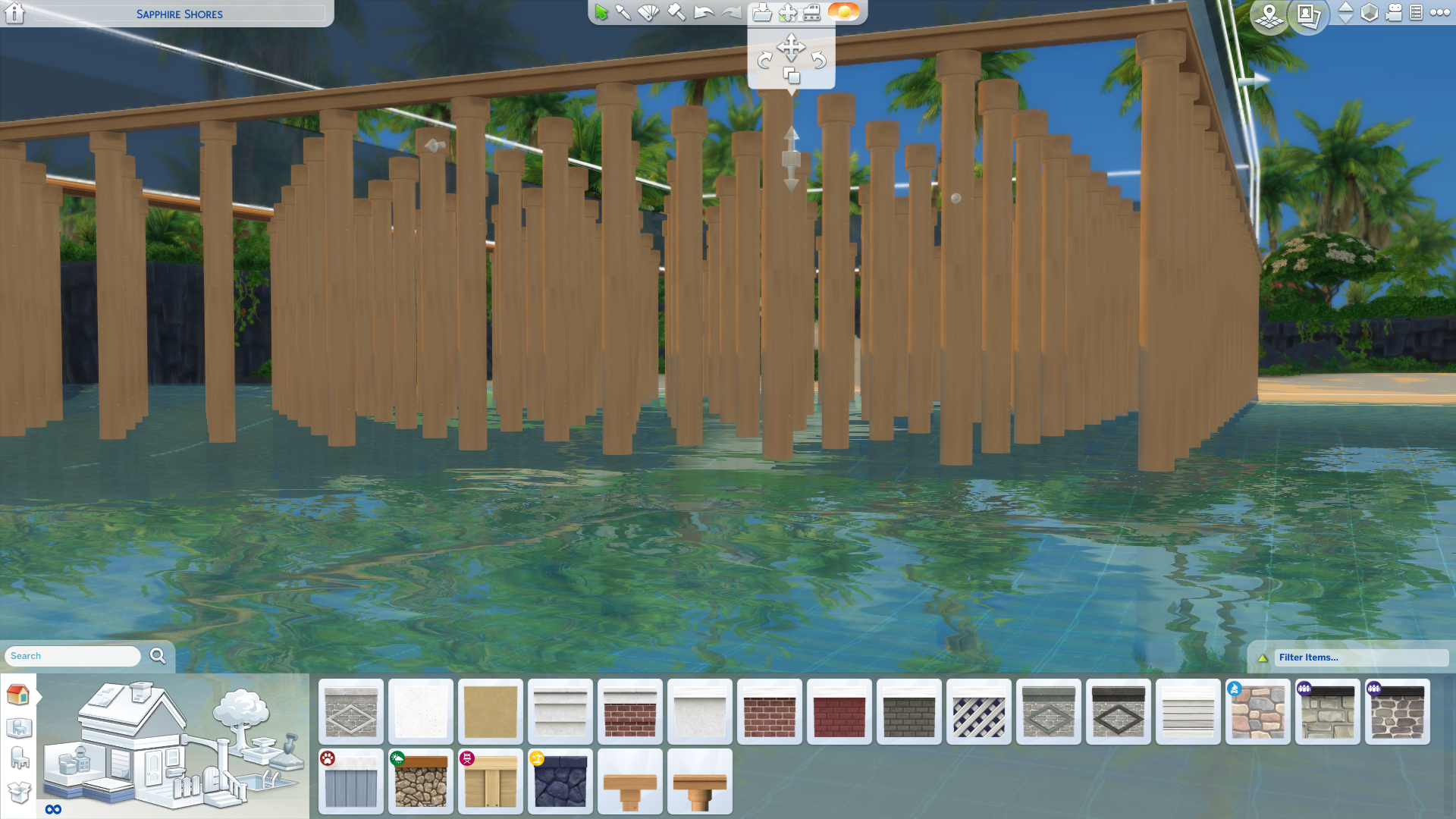 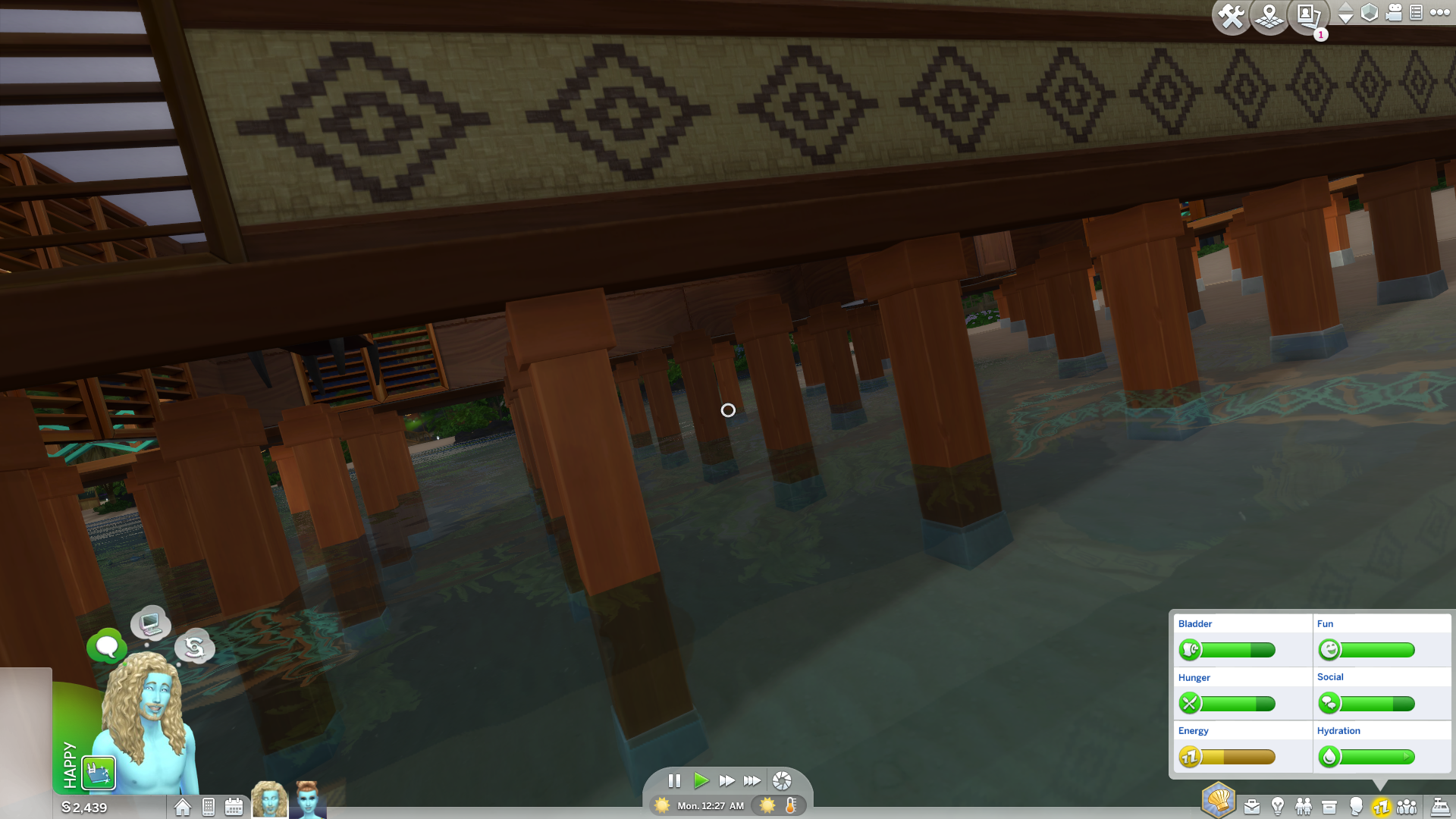 Here's a few times I've seen it in game

I am also having this problem. Decks over water will appear or disappear when the camera is rotated. 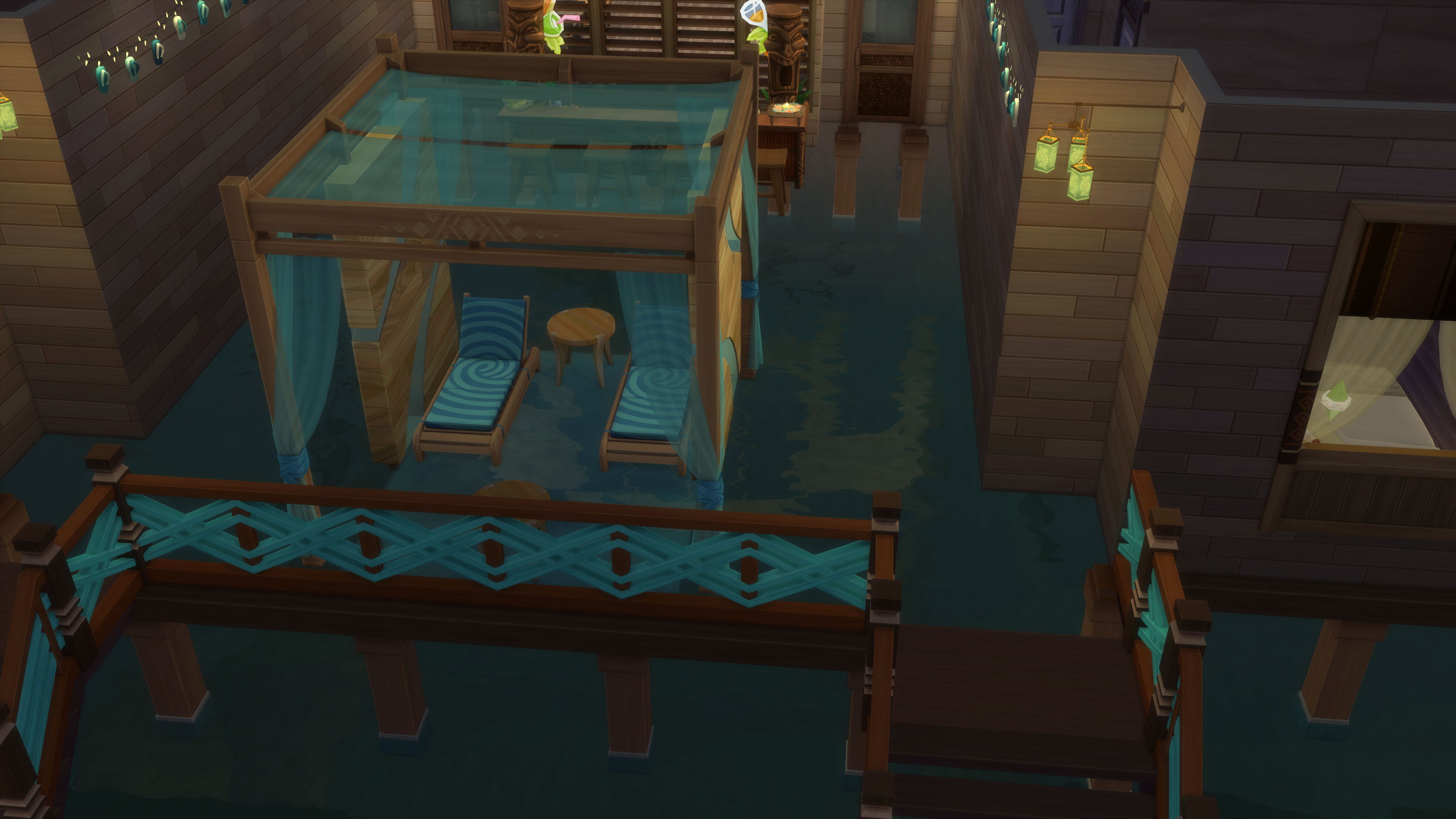 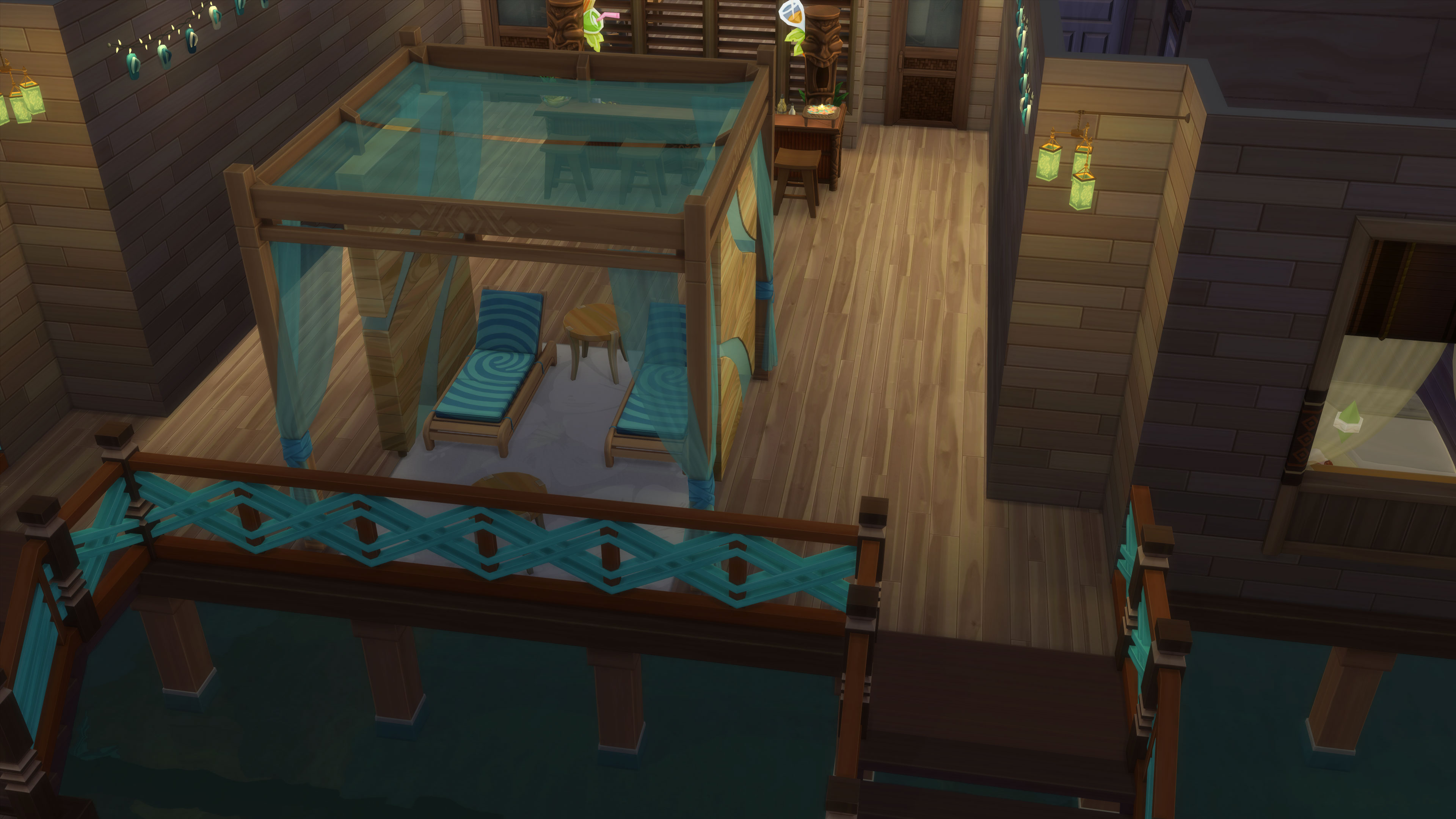 It's related to the new glass floor tiles.  When I remove the glass floors, the problem goes away.

Same thing is happening in my game, it's frustrating! Please fix it ASAP... I play on the highest settings too.