Product: The Sims 4
Platform:PC
Which language are you playing the game in? English
How often does the bug occur? Every time (100%)
What is your current game version number? n/a
What expansions, game packs, and stuff packs do you have installed? Cats and Dogs, City Living, Get to Work, Parenthood, Vampires, Dine Out, Spa Day, Outdoor Retreat, Bowling Night stuff, Vintage Glamour stuff, Romantic Garden stuff, Movie Hangout stuff, Spooky stuff, Cool Kitchen stuff, Perfect Patio stuff, Holiday Celebration, Up all Night and Digital Deluxe.
Steps: How can we find the bug ourselves? Have a Sim in the Chief (top promotion) role in the Detective career. Note the presence of a second Chief sim
What happens when the bug occurs? When having an active Sim as Chief of the Detective career followed to work, there is an additional Chief Sim on the lot (as it would be if your active Sim was not the Chief) as shown by the uniform, dialogue options and orange tag on name bubble. This is a slightly jarring issue as this Sim takes up the Chief's office in the Station lot, and if your active Sim is infact 'the' Chief it is quite irritating to have happen. The Sims that have this role are always non-played, or randomly generated for this exact purpose.
What do you expect to see? I expect my active Sim, who is 'the' Chief, to be the only one accredited with this on the lot.
Have you installed any customization with the game, e.g. Custom Content or Mods? Never used.
Did this issue appear after a specific patch or change you made to your system? Yes
Please describe the patch or change you made. Unsure exactly. I had a 3 month break from the game and returned about a week ago, and played on my Detective sim, who is Chief, today and found this bug. I'm not sure when in this 3 month or so period it began happening, but it didn't happen before.

In this instance Mila Munch, a shipped-with-game non played NPC was assigned as the Chief. When I experimented with deleting her in CAS to try and free up the position, another random Sim (that I am pretty confident was not in the game before, I've logged 300 hours in my world and I've never seen him ingame or in Management) with a name I can't remember, certainly not a non-played surname I recognised, was assigned the role instantly, and was already sat in the office as I exited CAS.

I'm not sure if this is in fact a bug. I see where you're coming from but I think it's always been this way.

I'm going to put this on unsure. As it's XMas break time, it will be awhile until I can get more info on this.

With the Detective Career, I'm pretty sure it's never been the case... not sure about the other GTW careers since I don't use them so much. It's been quite obvious to me now cause I always have my Sim use the Chief's office, and found today that there was another in it. It's just something I'd think I'd have noticed before.
Message 3 of 26 (9,057 Views)
Reply
0

I suppose it's also worth noting yes- I have redesigned my Police Station lot, but take it from me this was happening before I did so.

it is also worth noting that all the Sims specially generated for the Police Station role, or not-in-world Sims for that purpose, I have redesigned entirely in CAS. All Sims in my Police Station lot are either played by me or edited by me- the introduction of a new Sim in any role (which happened in this case) is something I would recognise.

I haven't played the career in forever as it was broken for so long, so I'm really not sure. I will need to get some info first.

Just tested it and confirm that there's a second chief at the station.

Last time I played my active sim who's the chief of the police station, this would not be the case. He would be the only sim there in that role. I also strictly manage townies and made sure he was the only level 10 detective in the whole game, including NPCs.

I last played him on 2 November before the Cats and Dogs patch. So some time between then and now something changed and now the game feels the need to have its own chief there too? It has randomly promoted one of the unplayed unemployed townies to chief level. 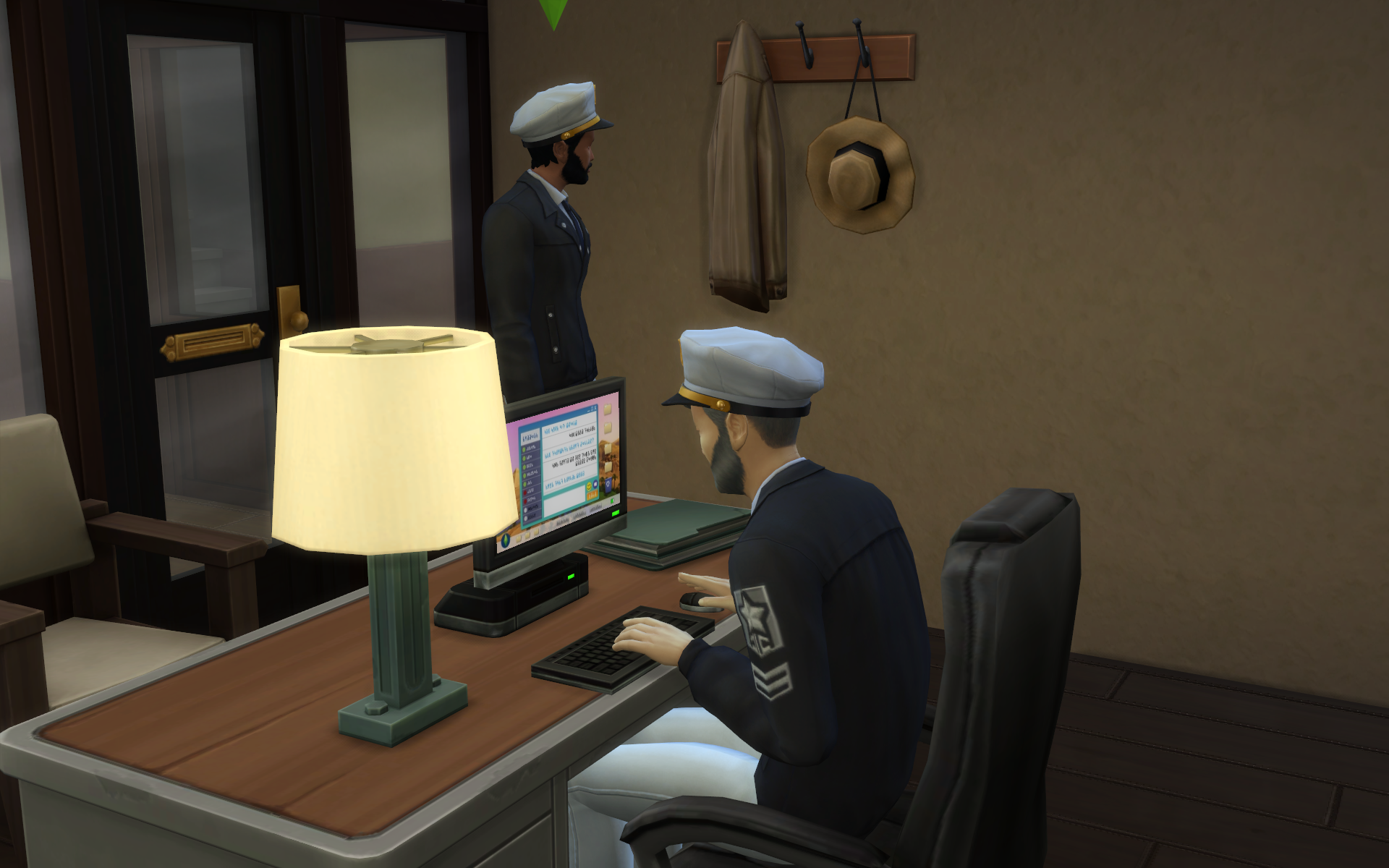 The whole role system seems pretty messed up since they changed the household manager. Might be connected

Thanks for confirming. I'll leave it on unsure for now anyways though.

Could be related to the recent fixes they made to the detective career. My current workaround for this is not playing my Chief sim as an active career. If I don't follow him to work, I don't think it generates a second chief.

I haven't tried yet, but if I can get another playable detective to level 10, would it just use him as the second chief instead of randomly assigning one. At least having another sim I know and play would be better, and I could pretend it was some weird job sharing situation or a Deputy Chief or something...

...until they hopefully fix it?

I'll try that. I do have one other played Sim in the career- he is lower down though (back when the career was so broken, I attributed my chief's success canonically to having the Observant trait which was the only way to progress) but I'll try elevating him with console and see what happens.
Message 9 of 26 (8,943 Views)
Reply
0

In addition, I've also tried demoting and repromoting my Chief using the console while not at work, which didn't fix.
Message 10 of 26 (8,925 Views)
Reply
0
New topic
Twitter Stream