For me I’ve noticed it being a problem for spellcasters even after the patch. I haven’t played with any other occult type or with normal sims since the patch.

After this patch that supposedly fixed it, I see it happening much more often. Before it was only some sims that would occasionally get something to drink repeatedly, and often they would only get a drink when they were slightly hungry, but hunger was still green. Now all sims will immediately run to a sink and get water as soon as they complete a task, and on a few occasions I've had them drop their entire queue to get water. I no longer see sims get juice or other drinks from the fridge, but they will all get water from the sink, constantly.

For me it's mostly young adults that keep getting water, while the other ages don't appear to be doing it as frequently, but I also mostly play young sims so that may be part of the reason I seem them do it more frequently.

It's not isolated to home lots. Happens at clubs and lounges too, and in the science lab there's almost constantly someone standing around with a glass of water.

My superstar actress/celebrity sim in Del Sol Valley has a toddler, and for whatever reason, her and her husband (in a vanilla job & not celebrity) tend to refuse to do what I tell them when the game decides they need water, and more often than not they will run to a far away sink to get the water instead of the using the closest one. I always have to manually cancel the "get water" action before they will do anything else in the queue. I don't know if it's the "celebrity home" lot trait that causes it, but I only get the stubborn behaviour with those two sims when they're at home. As soon as they're on a different lot they act more like you'd expect from a normal sim, except when my celeb sim's quirks kick in.

@TheSteelRodent Now that you mentioned ages I realised that I’ve never seen any children get water. I don’t play that much with children, but with the few I’ve played with I haven’t noticed any excessive drinking.
Message 23 of 63 (429 Views)
Reply
0
Highlighted

My sims aren't apartment key holders or spell casters and have all been doing this in two saves. I am modded and am now checking without but did add a me too

@TheSteelRodent Having the same issue even after the patch. Had to reinstall mod that keeps sims from auto getting water.
Message 25 of 63 (354 Views)
Reply
0
Highlighted 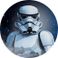 Product: The Sims 4
Platform:PC
Which language are you playing the game in? English
How often does the bug occur? Every time (100%)
What is your current game version number? 1.58.69.1010
What expansions, game packs, and stuff packs do you have installed? All but Uni and Mochino
Steps: How can we find the bug ourselves? Open my games and watch my thirsty sims?
What happens when the bug occurs? My sims' drinking problem is back. It was better after the last patch but it has come back with a vengeance, it's like they're OCD about going after drinks of water. I worry about them, excessive water drinking can be a symptom of type 2 simabetes, you know.
What do you expect to see? I expect them maybe going after a drink of water every now and then but I'm having to chase them away from the water the second I take the focus off them. They're dumping the command queue to go after water too. It's a teensy bit distracting.
Have you installed any customization with the game, e.g. Custom Content or Mods? Yes
Did this issue appear after a specific patch or change you made to your system? No

The excessive drinking of water thing was better after the patch but it is back again, so unfortunate. I really didn't miss that bug. Please help cure my sims' drinking problem or send some sim duct tape at the very least because their drinking problem has gotten out of hand, empty and half glasses all over the house, it's so embarrassing when friends and neighbors drop by. I don't even know what to tell them. 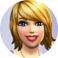 @crinrict I started a new save game about 2 days ago (after the last patch) in Oasis Springs (no mods/cc) and I use the disable-need-decay cheat, but my female sim started drinking excessively (like filling a glass under the tap, cleaning it and immediately filling the next one or taking a new one from the fridge), I don't know whether it was because she was pregnant, but I simply deleted the fridge and it seems to have fixed it because I try putting the fridge back in and it all happened again... both cheating the needs via mailbox & individual sims gets broken in the bladder-department while the other needs stay full...

None of my older save games are having this issue. And it seems to be restricted to teens, young adults, adults (haven't tested elders because I haven't got them in this save game).

This particular save game that is giving the trouble is the one where I'm testing whether the calendar & birthdays line up or not (different thread).

Keeping the fridge deleted has slowed down the drinking to once or twice per sim-day for the entire household (3 sims currently: 1 teen/2 adults), but it still breaks the need-cheat for that individual sim that picks up a glass of water.
Message 27 of 63 (286 Views)
Reply
0
Highlighted

Sims are still interrupting actions to get water from the fridge or sink 5 or more times in a 24 hour period. I don't understand why it's been added as an non-preventable autonomous action in the first place and why the devs think it's anything but annoying.

@craterdweller
Is there still a working mod for this issue?
Message 29 of 63 (240 Views)
Reply
1
Highlighted

This is a problem in my game on PS4 with 1.20. I never had water drinking issues, my sim's would only occasionally get water or juice. Now I can't get them to stop drinking water constantly. They will even try to get water if I have them in sulani and they are in the middle of the deep water. Isn't there something else they can be doing there except trying to run across the map for water suddenly when they still have a buff from the last glass of water they chugged?

I have empty cups all over my Sims penthouse. It's definitely excessive.

Edit: My sims love water so much, they get it as soon as they get out of bed in the morning instead of using the toilet!

Hungry? Lets get water instead!

Not hungry or anything just need to use the toilet? Let's grab water instead!

I am not sure what they did in Patch 1.20 for console, but my sims NEVER drank water like this before. Now, as soon as they get a half a second of idle time they go get water.