I am having a similar issue and this is the only place I can find on the forum to put it. I have a feeling it has to do with the same issue. I can no longer build higher than the first level. No rooms, no roofs.... nothing can be build that's above the main level. There's a grid to build on but it won't let me place a roof or walls for a room. First I tried repairing my game, didn't work. Then I removed all my game saves and tried to start fresh... still had the problem. So I did what I didn't want to do (which was uninstall and reinstall) and IT STILL WON'T LET ME BUILD!!! I'm so completely frustrated. I have spent so much money on this game and the best part of the game for me is building and designing the house. Please, PLEASE, PLEASE!!!! HELP!

This happened to me on a 64x64 lot and I managed to find the solution, otherwise I would have to delete my 6 hours of work.

Check out my previous reply. I found a solution so you can finish your build. x 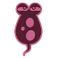 I had the same problem and was googling like a maniac. I deleted a glass roof from my greenhouse and everything started working normally. I hope this gets fixed soon 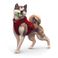 Found out that it was the greenhouse roofs in my game as well causing the error. Thank you Vladimirrrrh!

I find it funny that the first report on this error was in November, here we are in March still having to deal with it.

Yet, EA has already released another expansion pack and patch, neither fixed the error, but managed to cause more.

Why do they just ignore their errors?

These errors hinder their customers experience.

You would think that they would at least attempt to fix something... like anything.

This game is beginning to be unplayable.

I paid money for this frustration. I have bought every pack they have released, and I guess I do not deserve a functioning game.

Product: The Sims 4
Platform:PC
Which language are you playing the game in? English
How often does the bug occur? Often (50% - 99%)
What is your current game version number? 1.51.77.1020
What expansions, game packs, and stuff packs do you have installed? All of them
Steps: How can we find the bug ourselves? Build on a 64x64 lot and place a building at the back of the lot
What happens when the bug occurs? The second floor glitches out and cannot place anything on it - no floor tiles, no items, and when zooming in and out it disappears and reappears.
What do you expect to see? The second floor operating normally.
Have you installed any customization with the game, e.g. Custom Content or Mods? Not now. I've removed them.
Did this issue appear after a specific patch or change you made to your system? Neutral/Not Sure

This person on the old forum place had the same issue but I don't know if it was ever resolved - https://forums.thesims.com/en_US/discussion/942831/brindleton-bay-disappearing-floor

Also if the building at the back of the lot is removed the floor appears fine.  I have cleared my cache, removed any CC I have, started a new save, and tried multiple 64x64 lots - both Del Sol Valley and Brindleton Bay.

Tagging @BryonyRae for this one

@Starbell05 merged with pre-existing report for disappearing ceilings.  I am still unable to reproduce the issue.

Product: The Sims 4
Platform:PC
Which language are you playing the game in? English
How often does the bug occur? Rarely (0% - 9%)
What is your current game version number? 1.51.77.1020
What expansions, game packs, and stuff packs do you have installed? Get Famous, Seasons, Cats and Dogs, City Living, Get Together, Get To Work, Jungle Adventure, Parenthood, Dine Out, Outdoor Retreat, Laundry Day Stuff, Bowling Night Stuff, Backyard Stuff, Movie Hangout Stuff, Luxury Party Stuff.
Steps: How can we find the bug ourselves? I had trouble replicating it myself, but it occurred on a lot that I placed from my library, then edited/added to. I did some terrain editing, then built a house separate from the building I loaded in, made by placing a few diagonal rooms, and raised the foundation up a level. Then, when I went to the second story to place a roof, the glitch occurred.
What happens when the bug occurs? When I hover over the room with my cursor, it appears to have a ceiling and I have the option to remove it, but when I move my cursor off of the room, the ceiling disappears, as well as the build grid. This prevents me from being able to place any roof, second story walls, or flooring on top of the room. These are instead placed on the first floor of the room. There is a grid around the top of the walls that can be used to place a roof/etc. on a normally aligned room with some difficulty, but I'm unable to manage it with a diagonal room.
What do you expect to see? A room generates a ceiling when it is closed off from the outside, creating a visible ceiling and a build grid on top that allows the placement of roofs/walls/flooring.
Have you installed any customization with the game, e.g. Custom Content or Mods? Not now. I've removed them.
Did this issue appear after a specific patch or change you made to your system? Neutral/Not Sure 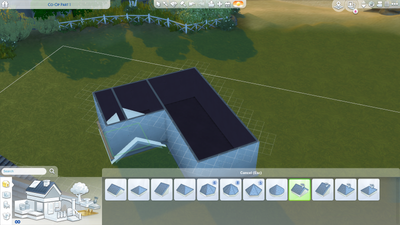 Image 1: What happens when I try to place a roof on the room. 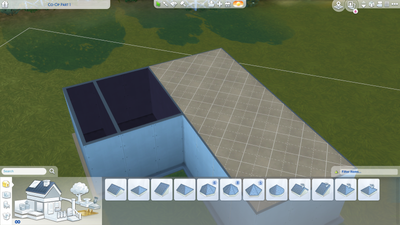 Image 2: My cursor is over the room on the right, allowing me to see the ceiling. The two rooms on the left have ceilings, too, but because my cursor is not over them, they are not visible.

@tulliabee merged with pre-existing report for this issue.  Please click on the "Me Too" button on the first page.