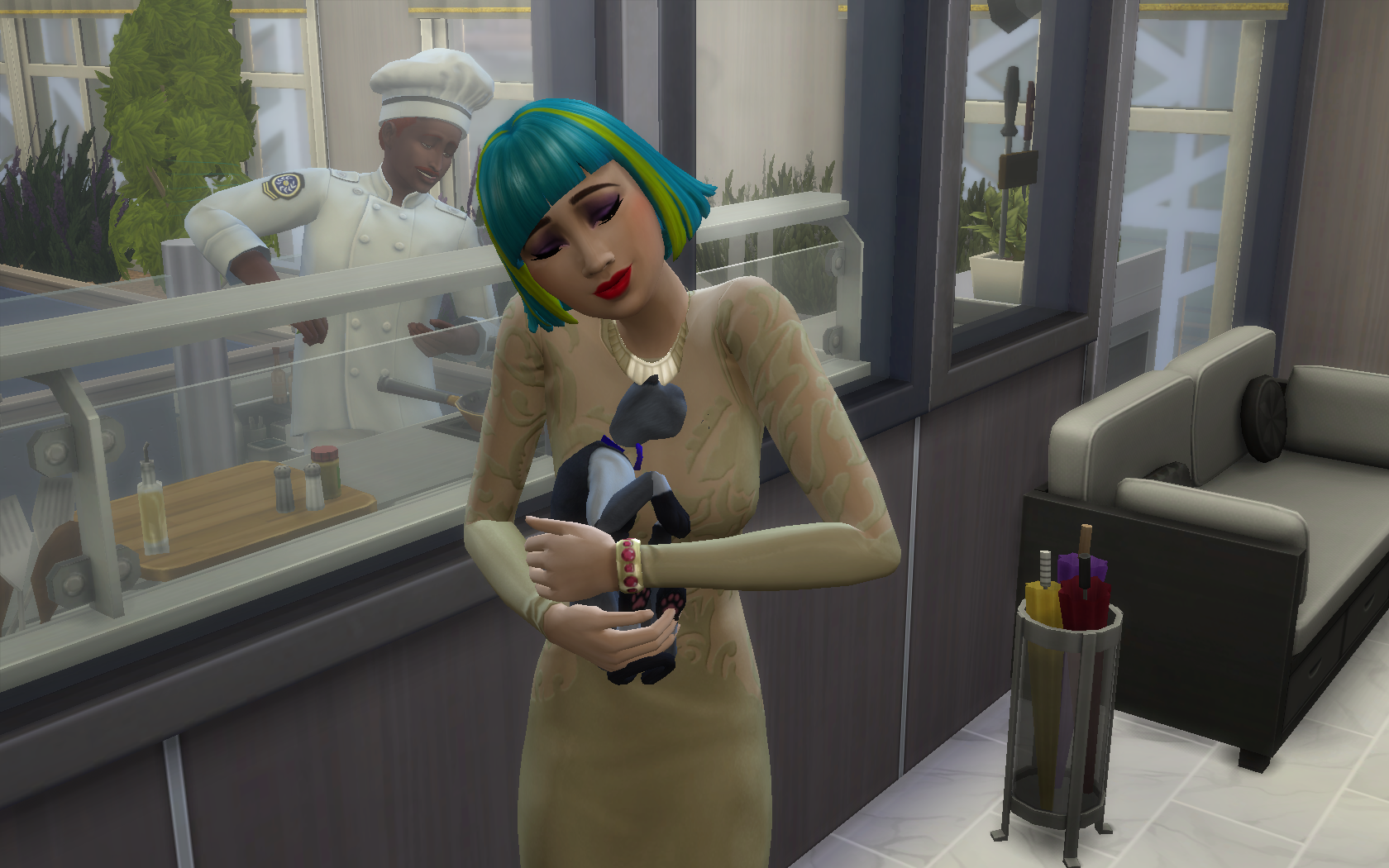 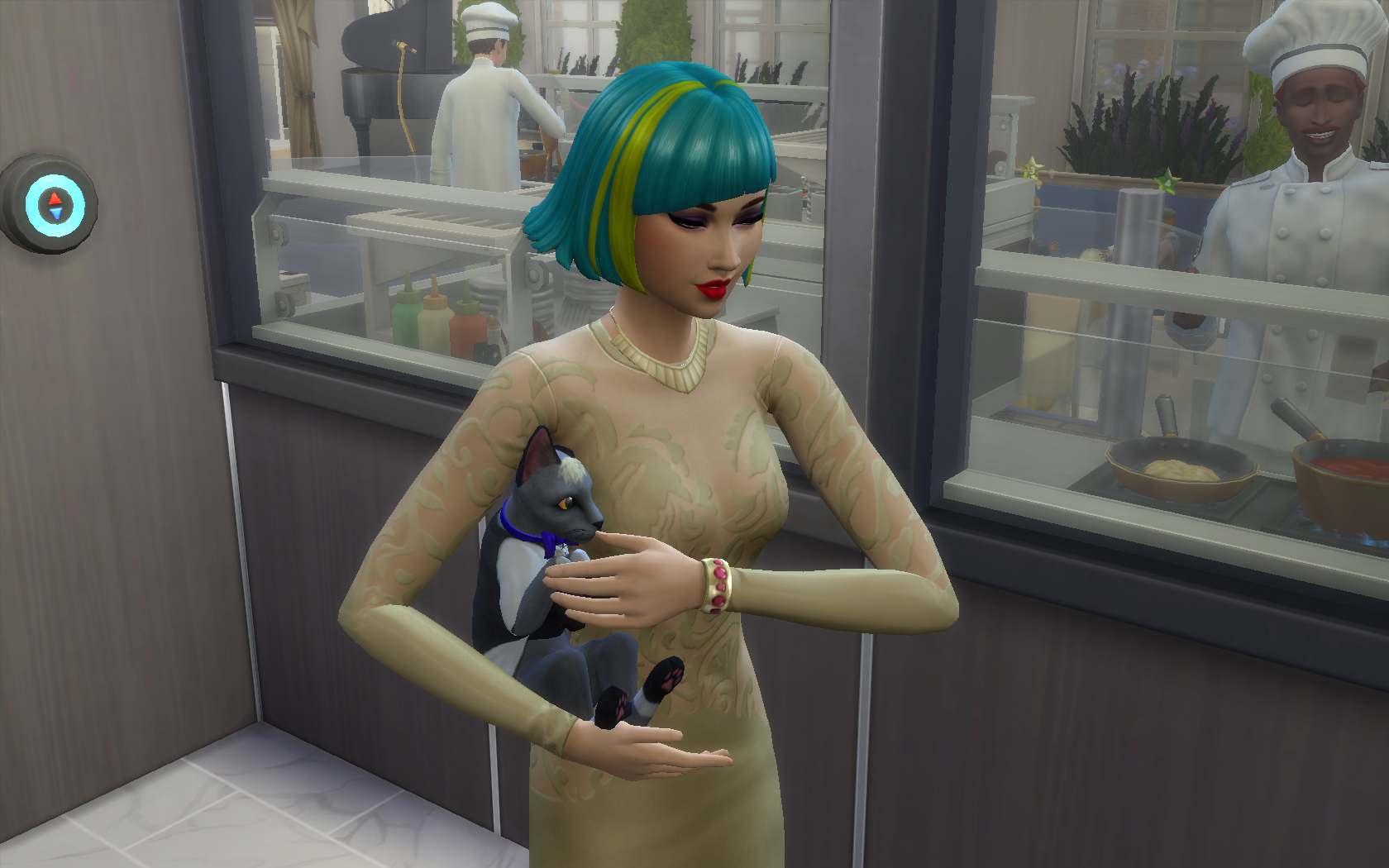 I also have the same problem even with 06/10/2020 patch. I have all packs except Eco Lifestyle. I do not use mods ever. Hopefully the devs could fix this?

Product: The Sims 4
Platform:PC
Which language are you playing the game in? English
How often does the bug occur? Every time (100%)
What is your current game version number? 1.70.84.1020
What expansions, game packs, and stuff packs do you have installed? All of them. But Cats & Dogs in particular.
Steps: How can we find the bug ourselves? The bug occurs when your Sim has a puppy/kitten/cat *Companion* on their arms, with the interaction "Give Special Smooches" happening
What happens when the bug occurs? The Sim that is initiating the interaction will have their left arm distorted, broken.
What do you expect to see? The Sim's left arm work normally without stiffness and broken wrist
Have you installed any customization with the game, e.g. Custom Content or Mods? Not now. I've removed them.
Did this issue appear after a specific patch or change you made to your system? No