March - last edited a month ago by

Product: The Sims 4
Platform:Sony Playstation 4
Which language are you playing the game in? English
How often does the bug occur? Every time (100%)
What is your current game version number? 1.38
What expansions, game packs, and stuff packs do you have installed? All except Journey to Batoo and also I do not have the CAS or Country Kit.
Steps: How can we find the bug ourselves? um play a household and wait. You'll receive money randomly twice. As if someone is paying you. It's the same amount seconds after each other. Then a few in-game hours later more again 49 Simoleans given to me twice even if I am not giving attention to the fiends which was stated in the live stream.
What happens when the bug occurs? I'm just paying randomly and I am given money. I like my sims poor so the money they are given randomly is kind of annoying.
What do you expect to see? I expect to se my sims struggling if I want them to not being handed money easily because that takes the fun out of the game.
Have you installed any customization with the game, e.g. Custom Content or Mods? On console - never used.
Did this issue appear after a specific patch or change you made to your system? Yes
Please describe the patch or change you made. The recent patch a last week, I think it was. Before the kits released.

I've added a description about befriending the dust bunnies from Jamesturner. It says it right there. They find stuff if you befriend them. I refuse to believe that this is by design.

Edit By Crinrict: Fixed Duplicate Template, adjusted tag as EA is looking into this as being too excessive

The team is looking at the feedback.  Apologies for the inconvenience.

I have the exact same bug on  PC, no mods or CC. 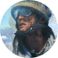 @Khrisstyne I think it’s the dust bunnies from the bust the dust kit. It was happening in my testing household too. They would randomly get 45 or 49 simoleon, but hovering above one of the dust bunny it said that it could find loose cash in your home for you.
Message 3 of 31 (1,966 Views)
Reply
1

Same, but 15-19 simoleons every few in-game hours. Just after Bust the Dust and Country Kitchen kits have been installed. On PC with no mods or CC installed.

@AshtonBD1990 Yup. It's da bunnies! my sims vacuum them up, so I don't earn much from the critters, but nice if you can get some money before your obsessed with the vac sim gets to it! My sims just had twins and they were too busy obsessing over vacuuming to care about the babies! "My new born twins need their diapers changing, but I must deal with this speck of dust first!"
Message 5 of 31 (1,863 Views)
Reply
1

@Khrisstyne the Dust Bunnies just randomly/constantly "find" Simoleons for you all the time even if you don't interact with them at all. I feel like they should not do anything for you UNTIL you become friends with them. Definitely has to be tuned wrong.
Message 6 of 31 (1,812 Views)
Reply
4

It's definitely tuned wrong. I hadn't interacted with the dust or anything, or asked them to find valuables. Makes it impossible to be poor in the game and makes a lot of gameplay pointless if my Sims are just going to get money for nothing. I was hoping for a bit more realism from the pack (as much as you can get from hoovering dust bunnies), but with this issue it's the opposite.

Same for me but it keeps happening even after the bunnies are gone. I play on pc with no mods or cc installed.

@Bearpal64 I never get a chance to react to the bunnies to befriend them and I have a feeling some have gone up the vacuum! I did see random money being added before they met their grizzly demise! I'd love to befriend one to see what happens. Maybe I'll take all the vacuums away and let them live in squalor! Haha!
Message 9 of 31 (1,742 Views)
Reply
0

I have heard that this is by Design, as most of you guessed its the Dust bunnies who has been giving loose cash. They would occasionally rummage around using an idle pose and you would gain simoleons with the fiction of “finding loose cash” (rummaging on the spot that is not really moving or anything).