I've noticed since I started playing this game yesterday (release day here) that the showers/toilets/fridges/sinks all break insanely often.

With no repairman to call to fix everything it take time and energy from my sims - OR I have to replace the items...  Which then break again relatively quickly...

This is getting slightly ridiculous... 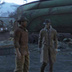 I moved your post here @VeganVamp because it seems to fit this section of the sims 4 forum better.

Yeah, I noticed the same thing when playing last nite for a little while. First one toilet, then another, then the fridge, and stove is getting ready to go. So glad I don't live in a sims world. It does seem a bit much. I'll keep playing and see if it's just one house with issues.

I class this as a glitch,because it's extremely annoying and innapropriate even on high end more expensive objects. Can we take into account the objects breaking atleast 3-5 times per day per object... really. Is this necessary? I take the fact that it's supposed to be realistic,but this isn't even close.

I wanted to add more information - that this is the case for me even with the plumbing upgrade that's meant to reduce the frequency with which objects break (sorry, forgotten what it's called). Still high end, upgraded items are breaking about once per sim day in my houses.

I had this issue where I had a single sim, and when he found a girl with high compatibility, I kept inviting her over to strengthen the relationship. Every single time she came over, something would break; fridge, stove, toilet. She would get really upset and leave quite often. Didn't have any issues with any other visitors, just the one I was trying to eventually marry. Incidentally, while (finally) engaged, after 5 consecutive woohoos with the fiancee, and four with the mistress, he died of a heart attack. Also, while the mistress was pregnant, there was no way to try for baby with fiancee. Too much drama?
<unmodded; Win 8.1>
Message 7 of 11 (3,283 Views)
Reply
0

Was the before or after dec 16th patch ? They lowered how often stuff breaks.

I didn't experience this problem until the most recent update (April 13th 2015). My Sims moved to the Parkshore lot in Willow Creek and something breaks every single sim day, usually a plumbing object. I've had the objects upgraded to reduce how often they break, but they break the same amount as before. It's starting to get really frustrating.

One thing before I mention the broken sinnks and showers. But even with daily things Sims do sometimes they just stand there for the longest time before they grab the plate of food of the counter. Seems weird because they literally walk over, spend about 15 to 20 sim minutes standing there, then they get the food. Has this happened in Sims games before I cannot remember. Last but not least, all my sinks, showers, and toilets break far to easily. I can understand making them break every so once in a while as to make the game more real but they seem to break every two sim days. Help me out please and let me know. Thanks for reading!