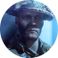 Product: Apex Legends
Platform:PC
Please specify your platform model. PC
AMD or Nvidia Model Number Nvidia GeForce GTX 1050Ti, part number: G210 0000 Device ID: 10DE 1C82 862A 1043
Enter RAM memory size in GB 16 GB DDR3
What is your gamertag/PSN ID/EA Account name? tysonthebeastz
Please provide your squad mates' gamertag/PSN ID/EA Account name if possible. Not necessary.
Are you using any software with an overlay? No
Which Legend were you playing (if applicable)? I don't think it is applicable.
Which Legends were your squad mates using (if applicable)? I don't think it is applicable.
Where did the issue occur? In a match
Which part of the map or menu were you in? If you don't remember the exact name, please describe the area or what you were trying to do in the menu. Mid game, looting or fighting doesn't matter.
What were you doing when the issue occurred? E.g. respawning a squad mate at a beacon, using an ability, a squad mate left the game. Looting or fighting doesn't matter.
Did your squad mates also experience the issue? I don't know
How many matches had you played in a row before the issue occurred? A few, happens every couple of matches, sometimes back to back matches, however never happened three times in a row.
When did this happen? (dd.mm.yy hh:mm) It is happening since season 3 launched, however it wasn't as frequent as it has been last few days, I think since 27th, or 26th December, suddenly on that day had 3 crashes, as the days went on the number of crashes kept raising.
How often does the bug occur? Occasionally (10% - 49%)
How severe is your issue? Major impacts to gameplay
What happens when the bug occurs? Suddenly it freezes my screen, can't do anything, not even leave match and after a few seconds it throws me out of the match. Code net crash. Always the same warning. My internet connection is fine and stable.
What should be happening instead? Keep me in the game.
Steps: How can we find the bug ourselves? I'm not sure. Playing this game almost since it's release. Expirienced these crashes a lot of times, however now it happens twice in like 5 matches (is not a rule, percentage wise happens around 30-40% of the matches) , it's so frequent it makes the game unplayable.

I've never had a problem with frequent net code crashes, not even during that time in season 1 ( or a few days before season 1 don't really remember ). They were present all the time but would usually happen once in 5 or 6 hours of gaming and even then it wouldn't happen mid game, it would usually happen when exiting the match to the lobby. Some days it wouldn't happen at all. So I had no problems that were impacting my gameplay. Since season 3 launched I started to expirience mid game crashes but they were as frequent as those back to lobby crashes which I mentioned before. So it means I had one or none in a day (on average in 2 - 6 hours of daily gameplay). On 26th or 27th I expirienced multiple crashes in a single day and I believe that day I had back to back crashes for the first time. In past usually when a crash happens it wouldn't appear next a few dozens of matches. Since then I have been expiriencing crashes so frequently that I got so annoyed and decided to dedicate some time to write this bug report. I have been procrastinating it until I lost my petience. Thanks for reading and hopefully you solve my problems.

In addition, I'm not sure if I'm the only person on that server that crashes or everyone else crashes too. Since I'm most of the time when it happens playing with randoms, I can't ask anyone.

its been happening to me for about 3-4 days now.. not every game but 4 in a row just now. have tried various solutions but non have worked which leads me to believe it is server side.

Code:net continuously for the last 2 days. Trying Dallas and Iowa servers. Just upgraded to faster wifi and PS4 is freezing up at beginning or end of game..usually it is not freezing during gameplay. That is if I actually get past the character selection process. Help