@burin077 I already try this, i put my sim (i'm playing with 1) to sleep around 22h, it's the same. Vampire came in, knock, and go away. I try, too, invite them in, but they don't do anything, just enter in the house, go to computer, and go away.

Since they don't answered, i tried to figured out the problem.

I like to play my game with longer time of life and the option "Auto Age (Unplayed Sims)" disable. So again, i started a new game, and the atack happen, i think 3 days after (game time).

I don't know if it's suppose to be like that or it's a bug. So if you have the same problem as me, and your vampire it's not attacking, try to activate Auto Age (Unplayed Sims).

Not sure how long this has been a thing, but I do have this issue as well. Vampires will show up and then just stand by the front door like any other visitor. Haven't noticed if they knock, but they don't come in and they never bite. I can invite them in like any other guest and they'll hang for a bit and then leave, but they never snack on any of my sims or really act at all like vampires.

Caleb just broke in, mesmerized my Sim but then didn't bite. Strange ...

@alanmichael1
This is what just happend to me. I wonder if it is connected with: Vampires are not able to drink from mesmerized sims. I had two vampire who broke in (appartement CL) and non of them bite my sim. In earlier patchversions it worked for me (now latest Patch 1.61.15.1020 PC).
A fix would be nice.
Message 25 of 50 (1,965 Views)
Reply
0

I also have this problem. I have never had a vampire break into my house. :/

When Vlad broke in I immediately woke up my SIM and he mesmerized her anyway, then went to play on the computer. I assumed it was because I had the sense to wake her up, but since he was already on the prowl to mesmerize that went through. Caleb I think is not biting because if I remember correctly he's a guilty drinker. Vlad, on the other hand, had no problem discovering my SIM had pleasing plasma my first vampire break in encounter, but so far I've only had two break ins ever. Although usually my SIMS are up late so I usually end up with them standing outside the door with me going "No! Go away! I'm not letting you in!" *laughs*

Are Vampire break ins a thing of the past?

So I've noticed that vampires don't seem to  be breaking at all. I've never had a vampire break in and I have read that they took it out of the game? Is there anything I can do to trigger break ins?

Re: Are Vampire break ins a thing of the past? 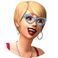 Yes, but if you want them back check out ZERO's Pateron, he has a mod that adds it back and lots of vampire mods

Product: The Sims 4
Platform:PC
Which language are you playing the game in? English
How often does the bug occur? Often (50% - 99%)
What is your current game version number? 1.70.84.1020
What expansions, game packs, and stuff packs do you have installed? Vampires is the specific pack I'm having an issue with, but I have everything but Batuu at this point.
Steps: How can we find the bug ourselves? Install the Vampires pack. Play for a while.
What happens when the bug occurs? There are no more vampire break-ins/attacks, pretty much ever. I had only three attacks/home invasions in an entire 18 months of owning the Vampires game pack.
What do you expect to see? I expect my Sims to be attacked/invaded by vampires at least occasionally, especially if they're interacting with vampires, researching vampire lore, or have the "Vampire Nexus" lot trait equipped for their lot.
Have you installed any customization with the game, e.g. Custom Content or Mods? Not now. I've removed them.
Did this issue appear after a specific patch or change you made to your system? Neutral/Not Sure

The Vampires pack has been broken since I first bought it - vampire attacks were an intended gameplay feature, and part of why I bought the pack in the first place, but they haven't been working properly for over a year at this point. I'm filing a bug report since this is supposed to be in the game and I haven't seen another bug report filed yet.

If this was intentionally done by the developers in response to some pack buyers not wanting this feature, can I suggest to the dev team that they add a toggle in gameplay settings to turn attacks on/off or set the intensity? Or potentially fix the "Vampire Nexus" lot trait so that vampires actually show up and attack Sims instead of loitering in front of peoples' houses and not doing anything.

We've seen this toggling of features and difficulty setting functionality added for other packs such as Eco Lifestyle, Get Famous, and Snowy Escape, and most recently in Paranormal Stuff with the hand object. That way attacks wouldn't bother the people who don't want them, and those of use who bought the Vampires pack because we wanted vampires will be happy.

Edit: since this got merged with an older post, I'll add in a few more details as they seem relevant:

Additional note (maybe unrelated?): Vampire Nexus does not work at all in Strangerville, I've not had any vampires autonomously show up there. Friendly vampires do show up through the social system, but not unknown vampires.