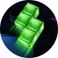 I had this issue in apartments from time to time, but suddenly it seems to have ramped up. My Sims woke up this morning on their non-apartment residential lot to three Sims just randomly hanging out in their house that no one invited in. A few weeks ago, I had another Sim come in, make themselves a cuppa, and then take the tea and hop in the bathtub for a soak. Sweetie, my house isn't your spa, okay?

I've never locked the doors because I want people that actually knock to be able to come in and unlocking the door and relocking the door every time I have a visitor I actually want seems a bit less like gameplay and a bit more like work. Extra irritating is when I use a mod to make the Sim go away, and they decide to come back right after. Nah boo, you still ain't invited!

Product: The Sims 4
Platform: Mac
Which language are you playing the game in? English
How often does the bug occur? This is the first household that I've ever had this happen in. But now it's 100% of the time in this household/lot.
What is your current game version number? 1.70.84.1220
What expansions, game packs, and stuff packs do you have installed? All of them
Steps: Invite a guest over, host a party, or just play like normal. Household lot is Lagoon Look
What happens when the bug occurs? Guests will not leave. I invited a guest over, and they wouldn't leave after. The "send home" option wasn't there most of the time. When it did appear, I clicked it but the guest wouldn't leave and the option went away. There was no option for "ask to leave" either. 5 days later, and he was still in their house, cooking, sleeping in their beds, just pretending he lived there with nowhere to go. When my household went to school/work, the guest was alone in the house and the game supersped fine. It was almost like the game didn't notice he was in there.

When I host a party, a couple random sims also show up. When the party ends, there's always one sim that will not leave. And same thing, they cook a lot, act like they live there, and there's no "send home" or "ask to leave option."

Also fun, I was playing and a stranger walked into my house, played their violin in the bathroom, then walked out the backdoor and left. Sometimes I look and there's a stranger using my grill on the back deck. Another time I saw 3 strangers chatting in my garden in the front yard. Like standing on my plants talking. There's never an option to send them home, I just hope they leave.
What do you expect to see? Guests to leave eventually. Random sims not walking through my house.
Have you installed any customization with the game, e.g. Custom Content or Mods? No
Did this issue appear after a specific patch or change you made to your system? Yes. This is a brand new save I made after a recent patch. I was getting annoyed at my old save, because every household had major glitches happening, so I decided to start from scratch. This glitch did not happen on my old save, so either making a new save or the new patch triggered the glitch.

The only thing that has worked so far (which I hate lol) is if I do the mean interaction "go away," then the "send home" option appears again, and it sometimes works. But I hate that I have to be mean to my guest to get them to leave, and it didn't work 100% of the time. Then again, I'd probably be mean to a guest that refused to leave my house for a week.

I, too, am having this issue on multiple save files.

All packs installed except Journey to Batuu.

A series of Sims continue to enter my home (Evergreen Harbor, Newcrest, etc.) without being invited, even after I select Send Everyone Home. Private Dwelling only works to reduce but doesn't outright solve the issue.

Sure, my Sims have the People Person Lifestyle, but they don't need Sims just helping themselves to their homes at all hours. Please let me invite you in, learn to take No for an answer.

I would expect that people not enter my home uninvited, and would like to not have to hunt these people down to only sometimes be able to make them leave.

If anyone is still seeing the issue (without mods) and are willing to share save files and couple of details requested below,

I dont understand why uninvited visitors and paparazzi enter my appartment.

I have a Celebrity Home trait to my appartment and still, some unwanted visitors ans Paparazzis enter my place.

It is a Penthouse. But they should not be allowed to enter just like that. i cant even knock to the door of a house with a Celebrity Trait, why do they have the right to enter my Penthouse just like that. That dont make sense.

It happened with a Paparazzi and with that Welcome Wagon thing. Is it a bug or a way to annoy us?

@Pwellbhg I merged your post with the bug report.

Could you send your save to SimGuruRitzy as asked above ?

I've had this happen many times over the various patches.  The first one was a maid who decided he lived here now and put his feet up on the coffee table to watch TV, helped himself to the leftovers,etc.  There was no "ask to leave" interaction, just "Friendly Introduction," "Rude Introduction," and "Flirty Introduction."  It was Love Day and I wanted my Sims to have a romantic evening, so NO.  I tried a lot of things, including having a Sim beat him up (!) but nothing made him leave.  I finally had one Sim invite him to travel to the park with her, then immediately rushed home and locked all the doors and canceled maid service.

Twice now Father Winter has decided he lives in my Sims' house.  (I "me tooed" that thread.)

Finally, yes, my celebrities have to lock their doors or the paparazzi let themselves in, take photos, and steal.  (I don't have the Sharing is Caring NAP, no, the Paparazzi just steal.) I created a club with the Sims I want to allow in and locked the door to everyone but household and the club.

Way to make them leave with mods:  MC Command Center has a "Make Sim Leave" option under cheats.

Way to make them leave without mods:  Act like your Sim is in middle school and have them invite the unwanted guest to travel, then immediately turn around and go back home and lock all the doors, leaving the unwanted guest standing around the park in a blizzard or whatever.

I’ve been having this happen for the last couple of months. Sims just walts right in to my sims home, start cooking, interacting with pets, trying to go in my sims rooms etc. I’ll lock the doors for unwanted sims and they still find a way in. Highly annoying. Almost as bad as the sims that won’t stop baking white cakes, which still happens. 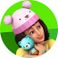 Product: The Sims 4
Platform:PC
Which language are you playing the game in? English
How often does the bug occur? Often (50% - 99%)
What is your current game version number? 1.71.86.1020
What expansions, game packs, and stuff packs do you have installed? Eco Lifestyle, Discover University, Island Living, Get Famous, Seasons, City Living, Get Together, Parenthood, Vampires, Spa Day, Outdoor Retreat, Tiny Living, Laundry Day, Toddler, Movie Hangout, Spooky, Holiday Celebration, Grim's Ghoulish Guitar
Steps: How can we find the bug ourselves? Playing in Sulani on Caldera Camp lot. - Set traits to Volcanic Activity, Private Dwelling, & Sunny Aspect, also set No Trespassing.
What happens when the bug occurs? Random townies just show up, walk in the house and help themselves to a glass of water
What do you expect to see? When the home is a private dwelling and there is no trespassing, rando sims should not just show up and walk in.
Have you installed any customization with the game, e.g. Custom Content or Mods? Never used.
Did this issue appear after a specific patch or change you made to your system? No

Er.  When I had the Maid Incident I googled for a solution and the top hit at that time was "build walls around your unwanted guest and wait 48 Sim hours for them to starve in a 1x1 room with no light or door."  I'm... too much of a softie for that, LOL.  I draw the line at "Hey, let's go to the park! HAHAHAHAHA TRICKED YOU BYE!!!!!"

Also they would be in your house for 48 Sim hours, which to my mind defeats the purpose.

However, throwing that out there in case you have a different play style or are feeling vengeful.