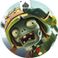 Product: The Sims 4
Platform:PC
Which language are you playing the game in? English
How often does the bug occur? Occasionally (10% - 49%)
What is your current game version number? 1.63.134.1020
What expansions, game packs, and stuff packs do you have installed? All except Moschino, Toddler, Spooky and Luxury Party Stuff Packs
Steps: How can we find the bug ourselves? Random negative relationship moodlet appears between two Sims even without performing social interaction. Both Sims need to be close to each other. Refer to the example in the snapshot in which the negative moodlet appears on both Sims. This can occur between two Sims of the same household and not the same household.
What happens when the bug occurs? Relationship between two Sims will be negative and reduced
What do you expect to see? No random negative relationship between any Sims
Have you installed any customization with the game, e.g. Custom Content or Mods? Not now. I've removed them.
Did this issue appear after a specific patch or change you made to your system? Yes
Please describe the patch or change you made. This bug appear after the latest June'20 patch and Eco Lifestyle installation

This is another bug which I found after the latest patch and installation of Eco Lifestyle.

Random negative moodlet appears between two Sims that are near to each other. If both Sims are stranger to one another, then red relationship bar will occur (negative relationship)

@Hamsysincy What's the name of that moodlet ? Your screenshot just shows pictures of several.

If it's multiple moodlets, could you please specify them.

Sorry for the confusion. It may not be called moodlet but rather relationship + or - indicated by green and red colored icon respectively.

In this case, negative (-) relationship red icon appears on both of the Sims' heads even though there is no social interaction between them.

This is shown as in the snapshot.

This appears very randomly and occur once awhile.

@Hamsysincy Ah, I remember that vaguely being an issue years back.

Are they always negative ?

Also: Moodlets are the squares at the right bottom that influence the emotions. They are also called buffs

EDIT: Does it actually influence the relationship or is it just the icons showing ?

@crinrict Many thanks for the response.

I know a bug which causes random pink (love) relationships between unplayed Sims years ago but it was already been fixed.

To your inquiry "Are they always negative ?" - Yes, the random relationship icon always appear as negative. Technically, it should only appear if i choose a mean or mischief interaction with another Sim and it should not be a random event which occurs without any interaction.

Hope this helps to explain the situation.

@Hamsysincy Does it actually affect the relationship or is it just the icon ?

I happen to have 2 other Sims coming over visiting my Sim in the household. The random negative relationship icons appear between them and causes their relationships to turn red.

@Hamsysincy OK. Thanks for all the info

I have the same - negative relationship is randomly occurring for friendly interactions including Ask About Day, Discuss Interests, Tell Joke, & it happened for Get to Know, which then triggered "Apologise" to show as an option in her conversation menu. Both as icons above the sims heads & in their relationship bar.

First noticed it with a child sim talking to a child she invited over after school - neither of them had conflicting traits like good/evil (my sim was creative & the visitor was a geek). The visiting child grew angry & their relationship bar moved into red, despite being their relationship being green (but not quite friends) when invited over.  This was post patch, pre EP.

Also, I'm getting relationship & reputation green/red icons for just clicking a nearby sim, not just when they're interacting - but i think that was happening pre-patch too.

@dragancaor finally someone else is having the same problem. It would be an annoying bug if you are particular on the relationship health between sims.