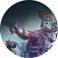 Product: The Sims 4
Platform:PC
Which language are you playing the game in? English
How often does the bug occur? Every time (100%)
What is your current game version number? 1.48.94.1920
What expansions, game packs, and stuff packs do you have installed? Get Together, Get to Work, Parenthood, Spa Day, Outdoor Retreat, Luxury Party Stuff, Holiday Celebration
Steps: How can we find the bug ourselves? It might work to play the Science Career without "Get Famous" until the "transform grass" task pops up. This is the first time I've played the science career. Maybe the grass just has never shown up.
What happens when the bug occurs? 1.) There is no tall grass to transform for the "transform some grass" task. 2.) I didn't see any tourists when I was supposed to interact with one for a task. 3.) I was also supposed to either drink a tainted serum or give one away. When I gave one away, it didn't complete the task. I drank it, and that worked. But it would be nice if it worked to give it away too. 4.) I have run out of plants to water. I could plant new ones and water them, and that might work. I didn't try yet. However, it sounds like from reading other forums that the plants have stopped working correctly for some people.
What do you expect to see? 1.) There should be some clickable grass somewhere outside the building that can be transformed. I have the ray in my pack and transformed other things successfully. I scrolled around the building itself then all over the land around the building. There should be some clickable grass somewhere when the task shows up. 2.) Tourists should visit the lot when a tourist related task shows up. 3.) Giving a tainted serum away should complete the related task. 4.) I shouldn't run out of plants to water. I knew I would after reading in forums that others experienced this bug. So I watered one plant at a time whenever the task showed up in order to save the rest of the plants for when it would reappear. I have run out of plants to water, and the task is still appearing sometimes. Thank you!
Have you installed any customization with the game, e.g. Custom Content or Mods? Never used.
Did this issue appear after a specific patch or change you made to your system? Neutral/Not Sure

I don't have a save right now that could lend me some screen shots quickly (I saved right before the "weekend" and would have more workdays after that). I don't have much computer time left right now due to RL etc. However, when I get back in to play some more I can take some screenshots if needed.

In the meanwhile, I found a forum (   https://forums.thesims.com/en_US/discussion/952126/the-science-career-is-all-messed-up-thanks-a-lot-...   ) in which someone else was having the same issues. They have played the Science career a whole bunch, so they'd know what the "tall grass" looks like and how the career is supposed to work. I, however, do not. There is landscaping grass right outside the door that is not clickable. I went into build mode and moved it back and forth then came back to live mode and it still wasn't clickable. Maybe some other grass is supposed to spawn that can be clicked. I wouldn't know. The other player's assertion was that these problems didn't manifest until "Get Famous" came out. She/he doesn't have that pack; neither do I. Maybe owning the pack resolves the issues, and I am interested in that pack anyway. However, it will be a while before I can get it. Until then, I am very excited about experiencing the science career for the first time, and I'd love for it to work properly. It's likely I'll hit a day in which my task list could end up un-doable. That's gonna stink.

There's currently several threads for your issues. It's best if you used one thread per issue. While they all concern the science career they're still different.

- https://answers.ea.com/t5/Bug-Reports/TO-ADD-GTW-Unable-To-See-Option-Water-Plant-in-Sims-Lab/td-p/7... for the watering
- https://answers.ea.com/t5/Bug-Reports/NEEDS-INPUT-GTW-No-Tourists-or-Broken-Computers-Spawn-in/m-p/6...
- Not sure about the grass one, tbh. What's the exact wording on that ? Could you post a screenshot ? Will use this thread for that.
- Don't think we have a thread for the serum. There used to be issues with that that are solved but maybe it's back ? Anyways, separate thread for that would be good.

I also have the problem with the grass though I've not yet had it as a work task, I just used to like transforming grass for fun, especially since I used to get interesting and lucrative things from it. You can see me trying at this point in this video. https://youtu.be/HXZtIY1eKmg?t=1305  In the past I've always done it and it often used to be a work task, if I remember correctly, I mention this in the video (and that's where I originally got the idea to transform grass)

I thought perhaps they'd purposely removed the option, but if it still appears as a work task for some either that needs to be removed or the ability to transform grass needs to return (FYI, I used to transform all types of grass and bushes in the past).

Well I hit that sweet spot -- a day in which none of the listed tasks can be completed. :P

I took some screen shots of grass around the place. None of it is clickable. Thanks for the replies! And thank you so much for your help in how to report my bugs, Crin. You are awesome.

Thanks for the pics

Same issue -- even tried adding grass via the build menu, but no joy -- none of it's selectable, so the "Transform some Grass" task remains unfinished.

Picked up Get Famous, and the grass issue persists (though it fixed the no co-workers issue).

I have the same issue with the grass. I have all packs except Get Famous and my game is fully updated. I cannot click on any possible grass around the area to transform it so i cannot complete this task...

I just found this thread. I'm having two issues somewhat related to this:

I should note that I do NOT have Get Famous, as some others have noted here. Unfortunately I wasn't able to observe either of these issues before today, so I'm not sure if it was the recent patch that created this problem for me or not. I was not aware of this issue in any capacity until about 15 minutes ago. 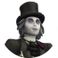