Product: The Sims 4
Platform:PC
Which language are you playing the game in? English
How often does the bug occur? Every time (100%)
What is your current game version number? 1.47.51.1020
What expansions, game packs, and stuff packs do you have installed? All available expansions,game packs and stuff packs.
Steps: How can we find the bug ourselves? When my teens goes to Drama Club, I get a notifications telling me there is a performance and the family should go and watch. I click on the teen at drama club, click on who I want to go and there is no option in "Choices" or any other menu selections. I have tried then having a parent in control and there is no option on the person or their phone to go either. I have even clicked the mailbox and "Shift" clicked on a sim to see if there is options there too. Teen had also reached highest position in Drama Club and didn't receive a Dram Club award. Not in either inventories or unlocked in build mode either.
What happens when the bug occurs? No options are presented and teen comes home from drama club with a sad moodlet from no-one coming to her performance. She has had 5 now and everytime I have tried to get her parents and siblings to go. I have also re-loaded the household and they have even moved houses and still nothing.
What do you expect to see? An option for the free sims in the household to go to the child's drama club performance. My teen to get the Drama Club award because she has reached the highest advancement, unless it is recieved when she ages up. P.S. She did quit this career and did scouts for awhile and then came back to the drama club. And no reward when she reached this top of this career twice.
Have you installed any customization with the game, e.g. Custom Content or Mods? Never used.
Did this issue appear after a specific patch or change you made to your system? No

When my teens goes to Drama Club, I get a notifications telling me there is a performance and the family should go and watch. I click on the teen at drama club, click on who I want to go and there is no option in "Choices" or any other menu selections. I have tried then having a parent in control and there is no option on the person or their phone to go either. I have even clicked the mailbox and "Shift" clicked on a sim to see if there is options there too.
Teen had also reached highest position in Drama Club and didn't receive a Dram Club award. Not in either inventories or unlocked in build mode either.

Is this just a bug for my game??

The Drama Club Accolade from Del Sol Valley should be available from your Household Inventory in Build Mode.

To send Sims to the drama club performance you just click on the Sim you want to send and the option to send them to the performance should be there in the pie menu.

I'm having exactly the same issue.

I had exactly the same problem - the option just wasn't there, no matter what i tried to do (restart, travel, move, etc..).

Repairing the game fixed it for me, maybe it'll help you too?

We looked into this - is it possible that you just missed the time window to attend?  Once you get the notification to attend, the Attend interaction should only be available on the family for a limited time.

I had this issue with Ginger Newson, but the award did show up in the household inventory a few Sim days later.

Garrett and Gavin were at home, and Garrett got the option to go with or without Gavin. I was going to send Gavin after he completed a task, but once Garrett left, Gavin no longer had the option to go on his own. I thought that was strange, because I've always been able to send household members to religious services on Winterfest separately (if necessary) and the option seems to work the same way.

I just noticed that the whole thing happened on Night on the Town day, if that makes any difference. (This screenshot was taken right afterward - it's a recreation of a family from TS2.) 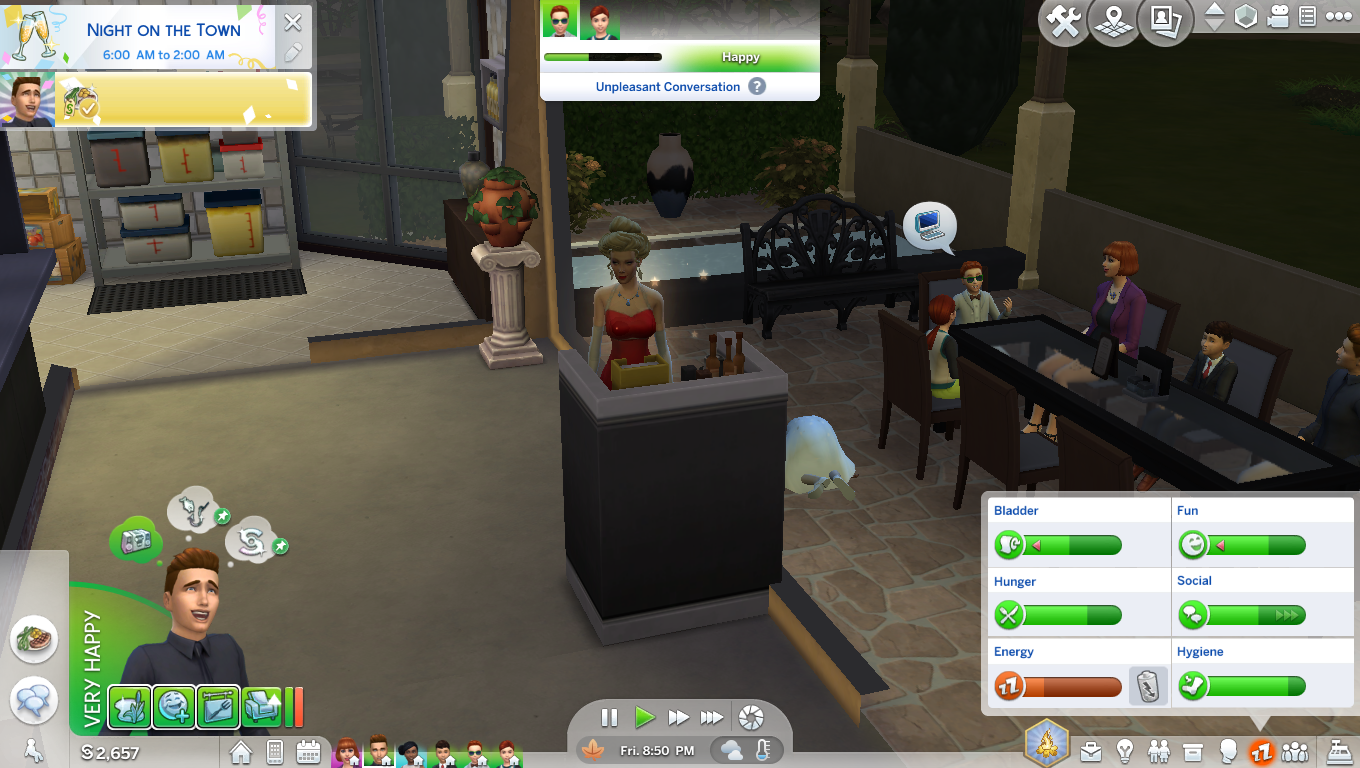 Sorry for the late update,

This is what I have found during recent gameplay of affected teen:

1# I aged up the teens toddler brother into a child. They joined the drama club. The option to attend drama club performances was now applicable by selecting parents. Before brother joined there was no options no matter what I clicked on/selected. The performances before the brother joined always gave a notification and were always on Friday afternoons.

2# I moved my teen (teen #1) out with another teen (teen #2). That teen(#2) joined the drama club and progressed though the promotions. Once that teen(#2) reached Junior Artist, they received the drama club award in the household inventory. Before, without promoting through the ranks, it was not available in the household inventory or build/buy mode. Note: My teen(#1) had already reached the highest rank of drama club before moving out and in with this teen(#2)

3# Throughout my entire teen(#1) life-stage, my teen was offered adult jobs through the phone. I once accepted the offer and all options of the employment panel dissapered. Even school. The teen didn't attend an adult job or school either. I had to make the teen quit work for the option of high school to come back. This was weird because I was playing a teen. And also in aspirations, the aspiration never recognized my teen as an adult as part of an aspiration goal. But the game was offering my teen adult jobs at level 3,4, or 5.

I would like to note that I have never used cheats to age up this playable sim, so the game can't have been messed up that way.

I have now aged up my teen into an adult and am now continuing to play that way.

It seems to have been an isolated incident with this teen sim of mine. Repairing, resetting the game, moving households, import/export from gallery...nothing seemed to change my teen sims fate. I have played this family since the "create new household tab" in the world menu. The affected teen was created as a toddler, and have only used the "Game options" way of aging my sims up(and the entire neighborhood too) and having birthday parties with cakes. They lived in the same house their entire toddler-hood and childhood.So I don't know where a bug/glitch could of occurred.

Thanks for everyone trying to help me out. 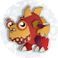 press on the sim you want to go, then press on their person. it'll give you the option to go by yourself or to go with others

It seems mod or cc related too me. My question is did you get your sim from the gallery because someone could have uploaded their sim with CC and the CC you have to get separately for everything to work right. I can't the name of the mod that has the no part time job module in it. Also if you created a new game and you played a game with mods in it you must clean the mods out of the Sims 4 directory. However, you stated you never used them, keep in mind some mod objects can accidently be downloaded from the gallery from household CC to Console on lots.

Edit: Mod objects don't work on mod lots without the mods, but if mod is not installed could cause problems in game.