Product: The Sims 4
Platform:PC
Which language are you playing the game in? English
How often does the bug occur? Every time (100%)
What is your current game version number? 1.63.136.1010
What expansions, game packs, and stuff packs do you have installed? All DLC, except for Eco Living
Steps: How can we find the bug ourselves? - Have at least one sim in university and one other sim who's not in uni. - Before it's time for class, take the non-student sim to a different lot and wait.
What happens when the bug occurs? On the icon for the student sim left at home, the warning will show that they're late for class, but they will never go to class on their own.
What do you expect to see? I expect sims to go to class on their own, even if they're not on the active lot.
Have you installed any customization with the game, e.g. Custom Content or Mods? Never used.
Did this issue appear after a specific patch or change you made to your system? Neutral/Not Sure

I think this relates to the issue of sims not taking care of their needs when inactive because of the weird way the university classes are implemented. They will go to their afterschool activities autonomously, presumable because it's considered a job, but they won't go to class unless they're on the lot I'm playing when it's time for class.

I found this by having a mom in the science career. When I go with her to work, the kids won't go to their university classes, so I constantly have to jump back to the home lot to send them to school, and then go back to the work lot to continue mom's work. But it's also an issue if you take any of the sims in the family to any other lot. The students left at home won't go to class unless told to, or unless they're on the active lot.

@TheSteelRodent Is it only an issue if they go to uni class or also an issue if one has to go to work from another lot ?

Pretty sure there was a report before for work with the same scenario but I'm unsure if that was fixed at one point and haven't found the thread.

@crinrictI haven't encountered any issues with sims not going to work in situations like this. For me it's only uni students who won't go to school if I'm not there to watch them. It could be a related issue, but I don't recall seeing that other thread at all, so can't say.

I'm having the same issue. Unless I'm there to baby my sims they won't go to class.

It is fine if I'm at the same lot as them, they will go to class on their own, without me having to do anything. I can take care of another sim in the same household, and they will just disappear to university class, no problem.

As soon as I take another sim somewhere else however, they are unable to go on their own. I have had no problem with sims going to work or grade school on their own when I'm not there, but for some reason sims can't go to university class.

I can solve this issue by taking the university sim to the lot that I'm at, for example a park, and thereafter telling them to go to class, and they will then happily disappear without any problems. I can't however do this when I'm at a career lot , since you can't bring other sims there, my university sims have therfore missed both class and final exams.

Product: The Sims 4
Platform:PC
Which language are you playing the game in? English
How often does the bug occur? Every time (100%)
What is your current game version number? 07/08/2020 update
What expansions, game packs, and stuff packs do you have installed? All of them
Steps: How can we find the bug ourselves? Have a sim enrolled in university and another sim working in the Doctor career. Make sure your university sim has class during the other sim’s shift. Go to work with your sim.
What happens when the bug occurs? The sim that has class won’t go to class if you’re at work with other sim.
What do you expect to see? The university sim should go to class while you’re at work
Have you installed any customization with the game, e.g. Custom Content or Mods? Never used.
Did this issue appear after a specific patch or change you made to your system? Neutral/Not Sure

Every time I go to work with my doctor sim, any sims in her household enrolled in university won’t go to class. I tried it with her spouse and two of her kids, and it did the same thing. The kids in grade school and high school will go to class, which makes me think it has something to do with the University expansion. I have to leave my sim at work and switch control to the university sim, click the “Go to class” button, and then go back to my sim at work. Usually by the time the sim gets to class, they’ve missed 30-45 min of it and I lose that much time to complete the daily tasks with my sim at work. It’s not that big of a deal when it’s only one class, but I have two sims enrolled in university and there’s three days of the week that they both have three classes so it’s extremely tedious to go back and forth, especially when it takes forever to load (that’s my laptop’s problem). If I ignore it, they miss class and fail. 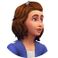 Has anyone been able to resolve this issue yet?

I installed the Univesity pack in the last origin sale, so around the 20-something of July. While I was living on campus everything was fine, my sim was able to go to class early. During the second term, I decided not to enrol immediately. When I tried to move my sim out of the on-campus accommodation I got stuck in a 'packing up/moving out' event loop. I have seasons installed so I managed to get out of it by creating another event. Then I enrolled as normal.

But now my sim won't go to class AT ALL.

The 'Go to class' button doesn't work, when I click it nothing happens. Even if I have my sim stand outside the building an hour before class starts, they still won't go in when its time. It's so frustrating, not sure what to do?

If anyone is still seeing the issue (without mods) and are willing to share save files, instructions are here:

@SimGuruRitzy you want the saves linked here or in a dm?

sidenote does the save have to be at the point where it is actively happening (currently in uni) or can it be a save where it has happened?
Message 8 of 14 (2,938 Views)
Reply
0

Anything you are comfortable with. Please feel free to DM me the save or any further details you have regarding this issue.

If possible we would like to have both where its happening currently (most important) and where is has already happened, this will help us narrow the issue if its related to lots/places its happening.

@SimGuruRitzy Hello! I still have this issue. My save file has used mods, but even after having them disabled/removed, it still happens. Will that work? Or do you need save files that haven't used any mods/CC at all since created?
Message 10 of 14 (2,896 Views)
Reply
0
New topic
Twitter Stream