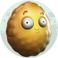 Product: The Sims 4
Platform:PC
Which language are you playing the game in? English
How often does the bug occur? Every time (100%)
What is your current game version number? 1.59.73.1020
What expansions, game packs, and stuff packs do you have installed? Expansion Packs: Discover University, Island Living, Get Famous, Seasons, Cats and Dogs, City Living, Get Together, and Get to Work. Game Packs: Jungle Adventure and Parenthood. Stuff Packs: Laundry Day Stuff, Cool Kitchen Stuff, and Perfect Patio Stuff. Free Stuff: Holiday Celebration Pack and Grim’s Ghoulish Guitar.
Steps: How can we find the bug ourselves? Not sure. My sim would come back from soccer games with a won or lost moodlet when she was living in the dorms. Once she moved to San Myshuno and commuted to school, soccer games no longer came with a won or lost moodlet, even though the interactive events still occurred. My sims attends Foxbury Institute.
What happens when the bug occurs? Soccer games are no longer won or lost even though the interactive events still occur. Trying to get promoted in the soccer career is now impossible since no soccer game ever gets results.
What do you expect to see? A won or lost moodlet in my sim once a soccer game is over. To see a promotion in my sims soccer career after the interactive events went well and should’ve won the soccer game.
Have you installed any customization with the game, e.g. Custom Content or Mods? Never used.
Did this issue appear after a specific patch or change you made to your system? Neutral/Not Sure

While my sim was living in the dorms at the Foxbury Institute her soccer games would yield results and either a sad or happy moodlet. Now that my sim has moved out of the dorms and into an apartment in San Myshuno her soccer games no longer yield results. I’ve been trying to get my sim promoted in the soccer career (I’m currently stuck on Starter level) which is now impossible because it requires my sim to win a soccer game . No soccer game counts as won or lost.

My sim lives in the dorms and this is happening to her too!  It's driving me crazy!  She has a lot of successful interactions at the soccer game, but there's no indication if she won or lost when it's over, and she can't get promoted on the soccer team.

I’ve had this problem too except I first lived in the dorms and I still never got moodlets. Sucks because I can’t get to the last soccer team level before I graduate now.

Do you remember if you had a injured moodlet at the time this happened ?

Yes!  Mine has an injured moodlet!  Is there any way to remove it??

Re: [OPEN] [DU] No winning/losing soccer game moodlet (outside Britechester)

@DetectiveY quick tip, in order to win a soccer game, I heard from the live stream, that participating in spirit squad events increases chances of winning the game. Also before you go into the stadium make sure there are proper school banners on the stadium, this increases game wins, also if you have time tag the other schools gym before game this will increase the chance of winning a game. Even though the active is Monday to Saturday, there is only two game days one home for BU, the other Home for the other school.
Message 6 of 7 (2,464 Views)
Reply
0

Re: [OPEN] [DU] No winning/losing soccer game moodlet (outside Britechester)

If anyone is still encountering this issue could you possibly share your save file with me? You can DM me the link to your save, thanks for all the help!

Instructions for sending me your save: