July - last edited a month ago by

Product: The Sims 4
Platform:Sony Playstation 4
Which language are you playing the game in? English
How often does the bug occur? Often (50% - 99%)
What is your current game version number? 1.28.72.440 (64 Bit)
What expansions, game packs, and stuff packs do you have installed? None
Steps: How can we find the bug ourselves? Unsure
What happens when the bug occurs? Toddler doesnt move as she should according to her movemebt skill and how she used to
What do you expect to see? Toddler running more often and not stumbling with movement
Have you installed any customization with the game, e.g. Custom Content or Mods? On console - never used.
Did this issue appear after a specific patch or change you made to your system? Neutral/Not Sure

I have a silly toddler who has had all of her skills maxed out for a while now. Ever since she had her movement skill maxed to level 5 she would always do the arms out toddler run any time she had to go somewhere regardless of whether it was near, far or her current mood but I've noticed that she's started to move around as if her movement skill is lower all of a sudden. She now does a normal walk wherever she goes and when I'm playing as her and make her "run around" or she does so herself at the park/outside she doesn't run at all, she does a walk and stumble as if she has a lower movement skill. She does the same thing if I select take clothes off, instead of running around she walks and stumbles but she's just naked as she does it. The only times she actually runs anywhere now is if I select somewhere on the ground and click "run here". I've checked her skills tab, its still showing her as all of them being maximum and highlighted yellow so im not sure why this has randomly happened. I dont think there was any recent update or anything, anyone have any ideas how to fix it?

@LewkNotLuke Have you tried traveling to another lot with the toddler to see if it persists?

Yup, tried travelling to other lots, moving her to another household and back but no luck as of yet

@LewkNotLuke Can you save the family to the library and try putting them down in a new game. Does the toddler move properly in the new game?

@LewkNotLuke Are you still having issues with this ?

Yeah the issue was still there last time I checked. Unfortunately I haven't had much time to play but I will try @PoptartJuniper suggestion of saving to library and putting them in a new game tonight

@LewkNotLuke We had an update today, probably update your game and check your toddler in your current game first to see if this issue is still affecting your toddler.

So I managed to get on and update the game, no luck with fixing things. Tried saving the family and dropping them in a new game, no luck either. Also, I'm not sure if its related but I've noticed she's been throwing a lot more tantrums too the which she never used to as well. The second she gets a angry she'll throw a tantrum which she hasn't done since her thinking skill was low, before this issue once she reached level 5 for thinking she never really threw them autonomously unless she reached very angry or enraged moods

@LewkNotLuke Thanks so much for checking. 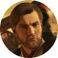 I have been having this exact same issue. Also with pets, as you noted. My toddlers or pets will just walk and only run when used with the specific commands. It is quite annoying, as it wastes a lot of time and my sims when calling them can only just sit there and do nothing