Could anyone who's encountering this issue possibly share a save file with me where you've seen it occur? You can DM me the link to your save, thanks so much!

Instructions for sending me your saves: http://answers.ea.com/t5/The-Sims-4-Bug-Reports/INFORMATION-How-to-Send-User-Files-to-The-Sims-4-Tea...

Product: The Sims 4
Platform:Mac
Which language are you playing the game in? English
How often does the bug occur? Every time (100%)
What is your current game version number? 1.75.125.1230
What expansions, game packs, and stuff packs do you have installed? All packs except Snowy Escape, Dream Home Decorator, and Paranormal.
Steps: How can we find the bug ourselves? Wait until a repairable item breaks in game - in my save, the toilet broke after a Goofball sim pranked it and another sim used it. Then attempt to have a sim fix the object or hire a repair service. Either way, the sim repairs indefinitely, never finishing the repair. The action only ends when it is cancelled and the object is still broken.
What happens when the bug occurs? Repairable items can not be fixed via the repair or hire a repair service options - sims continue repairing indefinitely with no success.
What do you expect to see? Sims or repair service sims can finish repairing an item after a certain amount of time, resulting in the item being fixed and working functionally again.
Have you installed any customization with the game, e.g. Custom Content or Mods? Not now. I've removed them.
Did this issue appear after a specific patch or change you made to your system? Yes
Please describe the patch or change you made. I have only noticed this issue since the 5/27/21 patch.

I tried restarting my game and repairing my game, but neither of these things fixed the issue.

@cuttlefish16 I merged your post with the current thread on this.

Could you send your save to Nick as asked above.

washer and dryer have been buggy for me as well.

My vacuum robot sometimes has the problem where i try to repair it and the action just keeps going.... 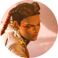 My game seems to do this with toilets- I haven’t noticed any other breakable objects not repairing but it’s frustrating because I have to replace it each time one breaks!!

@rvchelsims I'm still having this problem. I do have mods and I thought I just had a broken one I had to remove but I'm seeing that even people who don't use any mods are having this problem. For me, it's only happening on electronic items. Not plumbing. I tried to have my sims repair a vacuum and a laptop and both didn't work. They were able to fix the plumbing when that broke though. I kind of like it when my sims repair stuff so I'm kind of bummed. As a work around I've just been having my sims repair it a little until I just delete the item, cheat some money, and buy a new one for free. It kind of sucks though. I'm also seeing that this post is from december 2020 so this has been a problem for over a year apparently. Nice job EA...
Message 16 of 24 (523 Views)
Reply
0

I've encountered this before, but since I normally play a spellcaster, who was filthy rich, i can get around it. But now I am doing a rags to riches/off the grid game, and I had my fridge and stove, and they broke in a rainstorm, and now i can not repair them. I finally got his repair high enough that he can do the repair without getting electrocuted, but the thing just hangs

edit - i went to get said spellcaster to repairio the appliances, but when i clicked them, no context menu option for magic came up, and it just said 'electronics won't work in the rain' except... it's not raining. They broke due to rain, but it's not raining anymore.

It happened to me with the stereo from University. I left it outside, then it rained and broke, and I was not able to repair it, its a never ending repair, not bad for building mechanic skill though lol. Also happened with the climbing wall, same thing.

I'm typing this in January 2022 and somehow, this is still a bug 3+ years later. I've found multiple posts across multiple Sims-related forums of others with the same issue dating back at least 3 years. Has anyone figured out how to fix this yet? Could EA please fix the bugs in their games instead of constantly trying to come up with new packs to money grab? I've had this same problem with and without mods so it's not a mod issue but a game issue.

photos attached… I ordered a USB to I can send a save file. this particular file has multiple bugs and all have been asked to send saves. Lol

(CM: Multiple posts merged. Check out this post for tips on how to edit and add more to a post.)