Hello! I am having the same issue and I have a save file that should help you! This save is from about a day before Lloyd Jones, who is a ghost in my family tree, disappears. It happened right after Malaysia Jones, who is pregnant in this save, has her baby. I don't know if that has anything to do with it or not. Please let me know if this is helpful info! I am very anxious for this issue to be fixed, as I afraid to play the game at all for fear of losing sims. Here is my save: https://drive.google.com/file/d/1grfOJKllnin7h4Ticl6KUKFCRnt2Dyj7/view?usp=sharing

I've lost many of my sims from the Family Tree

Product: The Sims 4
Platform:Mac
Which language are you playing the game in? English
How often does the bug occur? Often (50% - 99%)
What is your current game version number? 1.48.94.1220
What expansions, game packs, and stuff packs do you have installed? All current expansions, Vampires, Spa Day, Outdoor Retreat, Jungle Adventures, Romantic Garden, Vintage Glamour, Movie Hangout, Parenthood and the free packs.
Steps: How can we find the bug ourselves? Play for any amount of time with aging on so that you get several generations of a family.
What happens when the bug occurs? Deceased sims disappear from the family tree, making it almost impossible to track the family. I've got two big families related by a pair of brothers but the brothers don't show as brothers. In other cases, sims have been entirely deleted cutting off branches of the family that I still play with. I lost the first sim born when I first started this game several years ago today and now I can't find her children in the family tree even through their half brothers. I lost Mortimer Goth a while ago so now the Goth family only has one ancestor, Bella. A pair of siblings that died a while ago are in the family tree as half siblings despite being twins from the same parents because one of the parents, the mother, has no connection to her son anymore.
What do you expect to see? An accurate family tree showing siblings and parents by generations.
Have you installed any customization with the game, e.g. Custom Content or Mods? Never used.
Did this issue appear after a specific patch or change you made to your system? No

It's very hard to play a generational game when the generations keep getting lost and forgetting one another, when twins are suddenly not related and cousins disappear from the world, cutting off their children from their grandparents. And it's painful to see sims I have raised from a baby to an elder cease to exist.

I'm not talking ghosts, some of these Sims don't have tombstones because I was off lot when they died and it was before the tombstone patch, and though no one has been added by me to the game the sims still disappear without warning and it's not like my sims count is full by any means, it still has plenty of space, but they just keep disappearing.

Re: I've lost many of my sims from the Family Tree

Do you happen to have a backup from before it started happening ?

Re: I've lost many of my sims from the Family Tree

No, I don't sorry. It's been happening gradually for a while, un-relating brothers and sisters after one died but another survived. I just thought it was a bug and wouldn't happen too often but it's just become so frequent I can barely keep track of my families, especially now it's wiping out several sims at a time.
Message 14 of 57 (1,066 Views)
Reply
3
Highlighted

Product: The Sims 4
Platform: Mac
Which language are you playing the game in? English
How often does the bug occur? Every single time now.
What is your current game version number? 1.50.67.1220
What expansions, game packs, and stuff packs do you have installed? Get Famous, Seasons, Dine Out, and Vintage Glamour
Steps: How can we find the bug ourselves? Look at the family tree.
What happens when the bug occurs? I am doing the 100 baby challenge and I really wish to start with my third matriarch but afraid to do any saves because of this bug. For my first matriarch, some of her deceased kids are just outright gone and I am not even sure what I did to trigger it. Like there is this one save that all of them are there and when like everyone goes to sleep (except for the butler) the family tree goes bonkers.

What do you expect to see? A complete family tree with all the children and all generations reflected
Have you installed any customization with the game, e.g. Custom Content or Mods? Never used.
Did this issue appear after a specific patch or change you made to your system? No

I know you are asking for saves which reflect the not-bugged tree vs the accurate tree and I would really like to help you out because I do have them but I'm not sure how to send them to you guys. As you can see, I am not an advanced gamer if you think about me not having CCs or Mods so the answers for some topics related to this of some players having these and just moving folders or for those without to remove a certain cache folder, I don't even know where to begin with that. I am attaching screenshots instead. Note that I don't usually play in windowed mode if you think that's something to consider. I just did it so I can take a screenshot since I'm using Mac. Anyway, if you check they are literally just a few minutes apart (in Sims time). Also, as my characters are all asleep except for the butler, I really don't believe something triggered it to be like that. Note that I have several saves already and I keep going back to this save and play it again and again and still same results. Literally, groundhog day! :D

Having both Saves would be very helpful.

Here's instructions how to send them: https://answers.ea.com/t5/Bug-Reports/INFORMATION-How-to-Send-User-Files-to-The-Sims-4-Team/m-p/6065...

Here's instructions how to identify the save: https://answers.ea.com/t5/Bug-Reports/INFORMATION-How-does-this-forum-work/m-p/7368675#M83549

Hello! Yes, thank you for the info.

Here are the saves: https://drive.google.com/drive/folders/15JSSvhp8_smZ1hdRvdX-93WKOMTeA7Su?usp=sharing

I'll make sure QA gets them, thank you. 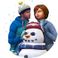 I had this happen also.  Even though several months ago they seemed to fix the family trees, but it only semi fixed it since theres still slight bugs with the family tree.  There are still a few people you can't click on in the tree, they just show up as a generic blank outlines.  I got no saves from before this happened because its ages ago.

I'd say about 95% of my family tree shows up properly.  I have a massive tree for all my sims, my saved game dates back to early 2017, so its got a ton of people on there and maybe just that huge size is why it went bad?  The sims are actually still there by the looks of it if i click onto another Sim in a tree i can usually work my way back and find out who was in that missing tree.

Hello, I would like to ask for help too.

My sim family has 13th generation and I discover that my family tree is broken since last patch on April (I guess so because until that time works everything fine). First what happend was blank space instead woman in my 1st generation (I cannot see her photo or name, I cannot click on her) and one of my sim who never had children in 6th generation disappear completely (her 2 sisters with family I can see as norrmal in family treel). Now everytime on Saturday around 3-4am in game disappear all members of my 1st and 2nd generation (around 13 sims). There is no blank space, its like they never exist before. I tried to go back with saves, I played for one sim week and again - on Saturday at 3am was family tree broken.

All these sims who are gone are dead long time ago, I never play for ghost, never add them to houselhold, they usually died and disapper by the time. After that I destroys the urn and graves.

As I wrote until now my game worked quite good (compared TS3) and this bug made my gaming useless, I hope so much it will be possible to find solution for it.

Also can be important to say I turn off ageing for all sims except mine so I dont think its culling problem, I should have "enough space" there.

Thanks a lot for any answer.

P.S. I never used Custom Content or Mods in my game.