Product: The Sims 4
Platform:Sony Playstation 4
Which language are you playing the game in? English
How often does the bug occur? Every time (100%)
What is your current game version number? Unknown, fully patched as of date of post
What expansions, game packs, and stuff packs do you have installed? Seasons, Dogs and Cats, Parenthood, Toddler Stuff, Spooky Stuff, and Jungle Adventure
Steps: How can we find the bug ourselves? During the Autumn event were the gnomes appear, after appeasing a gnome and it gets a halo, go into build mode and place the gnome in inventory. Then, after the event ends, take the gnome out and place it anywhere on your lot.
What happens when the bug occurs? The gnome will continue to have the halo and will continue to spawn seed packets until you either place the gnome back into your inventory via the build mode, you wait until the following year's event to happen and end (not tested), or you destroy the gnome. If you let it be, it will eventually fill every unoccupied space with a seed packet (all of inside if the gnome is placed inside, or all of outside if the gnome is placed outside).
What do you expect to see? The gnome to stop placing seed packets when the event ends.
Have you installed any customization with the game, e.g. Custom Content or Mods? On console - never used.
Did this issue appear after a specific patch or change you made to your system? Neutral/Not Sure

I really wish I took a screenshot, as it was actually rather hilarious.  I also don't know how often this will happen, (I said 100%), as I only did this once and am afraid to attempt this again for fear of drowning the world in fresh produce.

For the Harvest event, you will get a spawned gnome that you have the option to appease by offering it a gift.  If you choose the wrong gift, it will burst into flames.  If you attempt to apologize and fail, it will strike you with lightning and continue to burn.  If you succeed, it will stop burning, instead have a halo, and will spawn seed packets until the end of the event.  Sounds nice, doesn't it?  Welcome to my nightmare.

I believe the problem is the program is triggered to stop the spawning of seed packets from the center of the targeted gnome when the event ends, but if the gnome that is targeted (has a halo) is placed into your build inventory while having the halo and before the event ends, the gnome will still have the halo when placed back into the world after the end of the event.  This will cause the gnome to keep spawning seed packets with no foreseeable end. These gnomes care not for the destructive nature enveloping the world with seed packets will ensure, they only know what they must do.  Some gnomes just want to see the world burn, while others apparently want to see the world covered in seed packets, and some of those gnomes wear bunny suits.

This can be rather disastrously hilarious if, like me, the gnome is placed outside when the ground is covered in snow.  The snow will hide the packets, so come spring (if the gnome is left outside all winter), the snow will melt to unveil your yard completely covered in packets that must be picked up individually.  These packets will also prevent anything else to be placed on them, which can be a pain.  I highly suspect that these gnomes, if placed in the lot during any forthcoming Harvest event and allowed to stay in the lot until the end will then have the halos removed and therefor resort back into regular garden gnomes and not the pesky perpetual packet pepperers they currently are, but this has yet to be tested.

This is where my OCD kicked in.  I then found myself needing to clean my yard of the packets of misery, The whole clean-up took about an hour.  I am the proud owner of about 300 seed packets and feel like I was pranked by some neighborhood hooligans who had recently robbed every garden shed in a 100 mile radius.

The gnomes in question have been safely contained back in my build inventory, have been labeled SCP-5252 and SCP-5253; object class safe, but all scientists allowed to experiment upon these SCP's must be accompanied by no less than two security guards armed with flamethrowers in the event of uncontrolled seed packet materialization. Suggest being tested to see if can be used to solve world hunger.

@beadierturtle This issue was fixed on PC. Not sure about console. Gnomes that were affected before it was fixed, might still spawn them though.

Does this still happen with gnomes spawned after the latest patch ?

Also, for your game version, please check which one you have: https://sims4.crinrict.com/eng/2018/07/how-to-find-your-game-version-number/ (scroll down for console)

Scratch that. Tested this on PC as well and have the same result as @PoptartJuniper

@beadierturtle @crinrict  I was able to duplicate this. On a brand new save, started after Patch 1.22, I appeased the harvest fest gnomes on a family and placed one gnome into my household inventory while it had its halo.

The good news is that entering build mode and traveling away from the home lot after appeasing the gnomes does not seem to affect them deactivating now, where before it would. So that at least appears to be fixed.

Have had this same issue on PC, made the gnomes a basement room away from the rest of the house to just continue their seed spawning without being destructive. My sim has over 400 various seed packs along with all the ones I haven't even bothered to mess with in the gnome room. At first it was pretty nice but it definitely got out of hand. 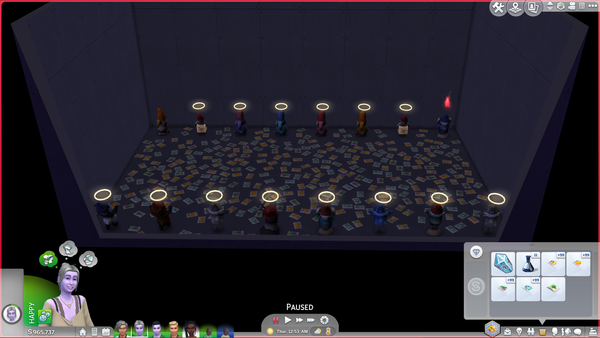 I am having an issue that got fixed a few weeks ago, but is showing up again. Where the gnome that holds the tray and isn't supposed to wander, does.  I also had a guy die from laughter very suddenly with no Grim showing up. It was like one second he was sitting in the chair and the next second he was gone.

@SuziesDazies Please create a new thread for that.

Was the gnome newly spawned with the harvest fest or an existing table ?

I have been having this since I appeased the gnome at Harvestfest. For instance, today I entered the lot in the morning (sim time). No packets were left on the ground - I had cleaned them up. This is by 4:10pm. If I played longer there would be more. 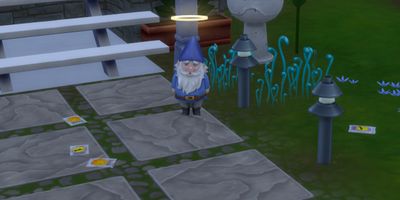 Mine now has the halo always, and it's day 10 in summer. Heck, I had them cleaned up once, and then had a sim fight a vampire and by the end of the fight there were more seeds where they had been fighting. I definitely feel like I'm being pranked! (At least they're worth $100 each!) 😂
SheriGR ☕ –  I don’t work for EA.
Me Too – if you also have this problem – first post on thread has this button
XP – for helpful comments (& to help others 'level up')
Mark As Solution – to help others find the answer to the issue now & in the future

This has been happening to me as well. I play on PC and only have Seasons. It only happens in two of my saves, so far, but not the rest. It must be new issue because one of these saves have it gnomes from a previous Harvest Fest around with no problem, but after Harvest Fest coming again, it started happening. I tried placing them on my inventory and out again and it seemed to fix it, but only for  few minutes, then they started dumping out seed packets again. It was quite the view when the snow melted 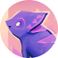 This is happening in all my saves if i appease the gnomes. I don't but them in my inventory though (hadn't thought to do that) they just continuously spawn them until i have to delete them. I've also had no gnomes at all spawn during the holidays, and quite a few times a gnome spawned that couldn't be appeased, it just teleported everywhere. (the one that acts as a table as well.)