Product: The Sims 4
Platform:PC
Which language are you playing the game in? English
How often does the bug occur? Every time (100%)
What is your current game version number? 1.62.67.1020
What expansions, game packs, and stuff packs do you have installed? EP01-08, GP01-08, SP02-15
Steps: How can we find the bug ourselves? Have a Sim who doesn't have the Active trait do the 'Kick Soccer Ball with..' interaction.
What happens when the bug occurs? They get the Active trait's 'Not Enough Exercise' tense moodlet despite not having the Active trait.
What do you expect to see? The Sim to not get a tense moodlet from a trait they don't have.
Have you installed any customization with the game, e.g. Custom Content or Mods? Yes
Did this issue appear after a specific patch or change you made to your system? Yes
Please describe the patch or change you made. Discover University install

There was recently a fix for this issue, but unfortunately it only worked for 'Practice Juggling'. The 'Kick Soccer Ball with...' interaction is still causing Sims who do not have the Active trait to get the 'Not Enough Exercise' moodlet. It only appears on the Sim who initiates the action.

Of course I removed all my mods to make sure. 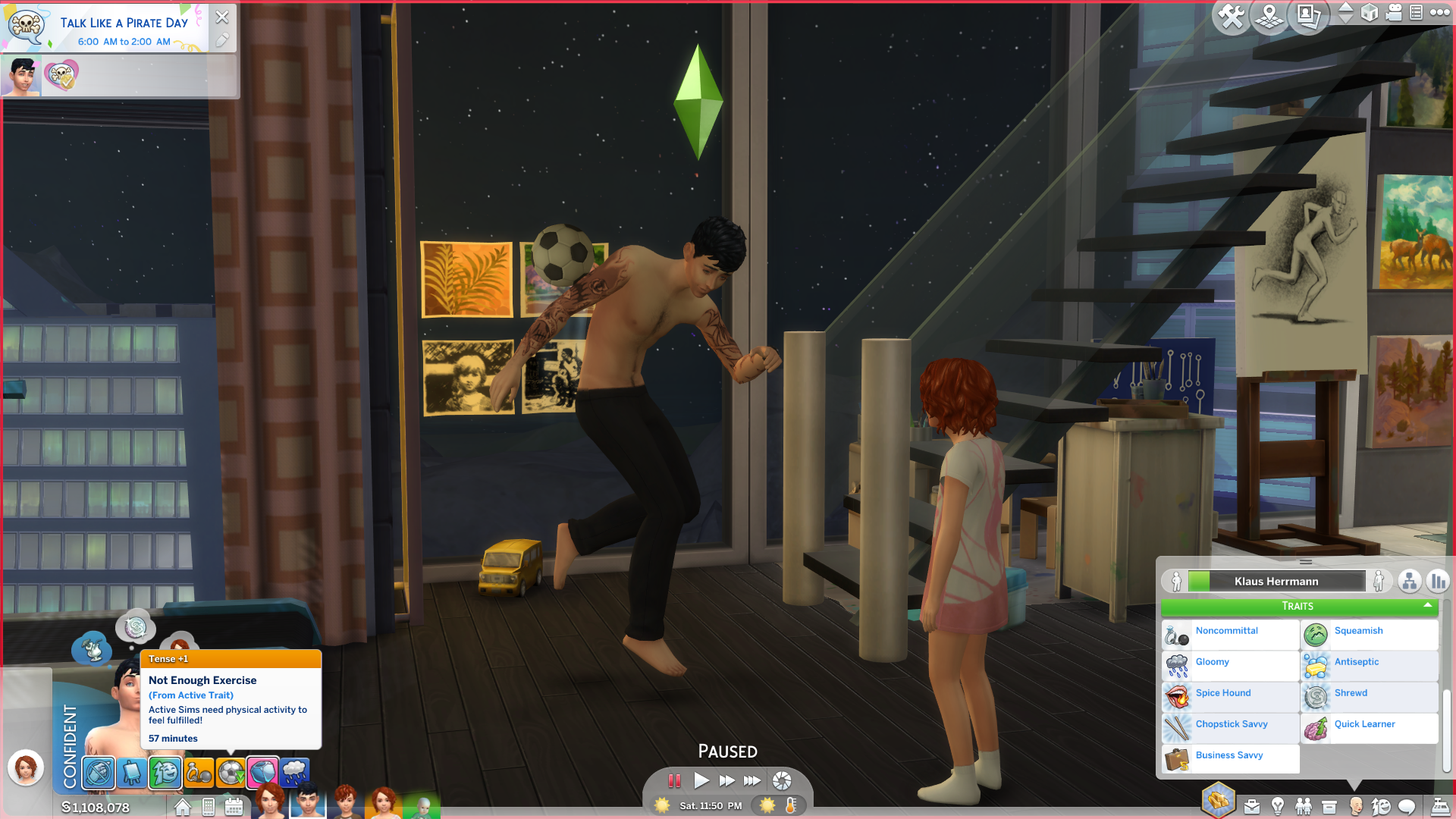 Re: Sims without Active trait get 'Not Enough Exercise' from Soccer Ball