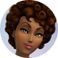 Product: The Sims 4
Platform:PC
Which language are you playing the game in? English
How often does the bug occur? Every time (100%)
What is your current game version number? 1.59.73.1020
What expansions, game packs, and stuff packs do you have installed? All except for Realm of Magic and the Vampire pack.
Steps: How can we find the bug ourselves? 1) If you have the Moschino stuff pack, purchase the tripod and you can purchase any camera. I used the one that came with the moschino pack and then I later used the highest priced basegame camera. 2) Try to take group photo using the, "take photo with..." interaction. I tried this with 3 sims and then 2 sims. Better tested with autonomy off. 3) Try testing with a level 4 celeb sim and have them acquire the "react in disgust" interaction. (Optional, but I'm 90% sure you should do this) Further reasoning for this suggestion will be listed below in the description for further detail.
What happens when the bug occurs? 1) Sim cancels the interaction to take photo of himself and 2 others. 2) When taking a group photo of two household sims, the 3rd household sim is still somehow called to join in on the photo but doesn't pose anyway 3) This bug might strictly be related to celeb sims in terms of the interactions canceling. This is only an observation through multiple testings of the same save. I'll write more detailed info below in the description.
What do you expect to see? 1) I expect to take a group photo of 2 sims while using the tripod/camera without it having a 3rd sim who was not selected, interfere with the interaction. 2) I expect for a group photo of 3 sims to work properly and not have the sims wait around for a sim hour or more before the game chooses whether or not the photo can be taken.. 3) I expect to be able to take group photos using the tripod/camera in general without having the interaction canceled and if it's due to my sim being a celebrity, then I expect the same despite whether a sim is a celebrity or not or if a sim has a career or not.
Have you installed any customization with the game, e.g. Custom Content or Mods? Not now. I've removed them.
Did this issue appear after a specific patch or change you made to your system? Neutral/Not Sure

I had my sim's son set the timer on the camera for the group photo. Afterwards, he autonomously cancels the interaction but the other 2 sims are still standing around with the "waiting for photographer" interaction queued. Meanwhile the camera is still beeping for the timer. Nothing else happens, so I manually cancel the "wait for photographer" interaction from the other 2 sims. I then swap roles and have the mother take the group photo instead of the son but this time, I have her take the photo with her husband only. When I do that, for some reason her son gets into position with them even though I never selected him to be in the photo. He walks over, stands in the middle and starts waving his arm around, yells as if he can't get there. At this point, I'm actually able to take the photo but my sim's son is standing there with his arm raised in the shot while the husband and wife are posed. When I went through the different poses for the picture, it was clear that the son's presence was distorting the poses for the other 2 sims. However, the camera still acknowledged that there was a 3rd sim in the frame despite it being a pose for 2 sims only. So instead of initiating poses for 2 sims, it was still doing it for 3 even though a 3rd sim was never selected. Then I decided to have the mother set the timer to take a photo of her, the son and her husband. All 3 sims somewhat got into position but then they just stood there while the tripod/camera beeped. All of them have the, "wait for photographer" queued but nothing happens for a few sim hours before the picture is finally taken. This time, the poses worked

I did further testing....
After removing my sim's celeb son from the household and adding in a random npc sim to fill in the 3rd spot, I strongly feel as though this issue is mainly geared towards celebrity sims and especially celeb sims who somehow triggered the "react in disgust" interaction.

Needs input? Does that mean that the info given wasn't enough? Will this issue be looked at or investigated further?
Message 2 of 3 (79 Views)
Reply
0
Highlighted

@thecharsims Information what tags mean can be found here: https://answers.ea.com/t5/Bug-Reports/INFORMATION-How-does-this-forum-work/m-p/3445297#M83544