February - last edited a month ago by

Product: The Sims 4
Platform:PC
Which language are you playing the game in? English
How often does the bug occur? Every time (100%)
What is your current game version number? 1.61.15.1020
What expansions, game packs, and stuff packs do you have installed? All Expansions, All Game packs except ROM, All stuff packs except RG, Spooky Stuff and Luxury Party
Steps: How can we find the bug ourselves? Download my lot Fern and place it on an opposite facing lot ( was originally built on Hillside Highlands)
What happens when the bug occurs? Lot will place backwards and can't be rotated with message 'tiles must be flatt' or something like that.
What do you expect to see? I expect to see lots placing the correct way on all lots and being able to rotate them without a tear down.
Have you installed any customization with the game, e.g. Custom Content or Mods? Not now. I've removed them.
Did this issue appear after a specific patch or change you made to your system? No

This issue was reported months ago which was said to have been fixed (December-ish). I was super excited to hear it was fixed and today I am super frustrated to discover it is not. I was informed via comments that my new lot placed backwards and could not be rotated, I placed it on an opposite facing lot and sure enough it placed backwards. When trying to rotate the lot it was the same as before only a new message. I immediately suspected it would be some of the same culprits of the last bug causing the issue and yes, I had to delete outside tiles that were on a slightly raised terrain next to foundation to rotate the lot. My lot name is Fern base game and was built on Hillside Highlands in Newcrest and my Id is schnuck01.

This is not fixed. I was just informed that a house I just built placed backwards on an opposite facing lot and would not rotate, it's just a new message ' tiles must be flattened' You can test this house 'Fawn' by me. It was built on Hillside Highlands in Newcrest , when placed on an opposite facing lot it places backwards and doesn't rotate unless I delete a few tiles next to a foundation in the back yard.

@schnuck01 I have tested your build and can confirm your findings. Correction, to my understanding, the name of the lot is "Fawn • Base Game", not "Fern", as you stated? I am assuming I this since it is your most recent lot and this issue is mentioned in the comments?

I have tested in my game by placing it on "Asphalt Abodes", which is an opposite facing lot to "Hillside Highlands" in Newcrest, per your stated issue.I found that it did place backward. When I tried to turn the lot I got the error "Terrain Must Be Flat".

Are these details correct?

Edit: A new bug Report has been opened. Please refer to my same comment there instead: https://answers.ea.com/t5/Bug-Reports/Lots-placing-backwards-Again/m-p/8753823#M123776

SheriGR ☕ –  I don’t work for EA.
Me Too – if you also have this problem – first post on thread has this button
XP – for helpful comments (& to help others 'level up')
Mark As Solution – to help others find the answer to the issue now & in the future
Message 3 of 10 (175 Views)
Reply
0
Highlighted

@schnuck01  I took a look at your Fern lot at @SheriGR request and I think I found the reason that it is placing backwards and won't rotate.  There is a small section in front of the hot tub where the terrain is raised and it extends to edge of the lot.  You've hidden the edge there with landscaping.  But since you had floor tiles on it, it will not flatten with the flatten lot tool.  But if you delete the tiles, the lot will flatten and will rotate.  Also, if you save the lot to your library, it will then place facing the front of the lot.

So my suggestion to you is to raise the hot tub area to the level of the rest of the house.  I'm not absolutely certain, but I think this may be caused by changing the terrain elevation on the lot edge but I haven't done any building by using the terrain tools.

BTW, that is a very nice lot.

@CGrant56 Hi, thank you, yes, those were the tiles I deleted to get it to rotate and these were a part of the previous issue why some houses were placing backwards before the issue was 'fixed', which is why they were one of the first things I deleted to get the lot to rotate. I will absolutely avoid using multi level foundations connected by tile on future builds, they did at one time work without the lot placing backwards, and I thought that the problem had been fixed in a previous patch. So,  that's really why I'm here to say, 'hey fixer gurus over there at EA, there's still a problem, please I would love to be able to use different height foundations again'  and while I know now that there is still a problem and  what's causing the issue and how to rotate it, I don't like that the people downloading it could potentially have it place backwards and they won't have a clue how to rotate it - it was someone downloading the build that made me aware that it's happening again.

Thanks for checking it out! I'm off to cry now because I can't make floating stairs anymore .LOL 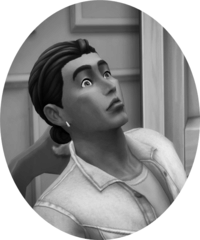 Placed on all the lots in this strip. I could not rotate any of them. They were placed with MOO per the instructions. I considered the possibility that the build was too close to the border and that might prevent it from turning. So I tried it on the larger lot on the end where there was plenty of space that should have allowed it to rotate. That was a no-go as well.
Unfortunately I am stumped for an answer other than to place on the original lot.

EQ Avid Sims Player
#EQCreations
I do not work for EA
All packs installed and patches are current.
PC / Win 10
Never used CC or mods.

EQ Avid Sims Player
I do not work for EA but I do volunteer at AnswersHQ to help others with their game issues.
EAGameChanger - The Sims 4 Gallery Creator
Gallery Tag: #EQCreations
Message 7 of 10 (209 Views)
Reply
3
Highlighted

@schnuck01 Oh my goodness! Something you just said in your reply about not being able to use 'floating stairs' any more triggered me... I was hoping you just ment when using stairs in those, as you did in your current lot. But... after reading your comment and also seeing @EuphorialQueen 's screenshot, I tried placing my lot with faux/floating stairs created as foundation sections at different levels. It  placed correctly all over the place in Newcrest when I made it, but just now I placed it on "Civic Cliffs" (which is where I built it, I believe) or on an opposite lot ("Asphalt Abodes"), and it places correctly. But when placed on "Hillside Highlands" (next to it) it now places backward!

SheriGR ☕ –  I don’t work for EA.
Me Too – if you also have this problem – first post on thread has this button
XP – for helpful comments (& to help others 'level up')
Mark As Solution – to help others find the answer to the issue now & in the future
Message 8 of 10 (195 Views)
Reply
2
Highlighted

@SheriGR You can come cry with me LOL.. Yeah, I think it's the tile sitting on raised terrain that's making the lot turn which is how you do the faux steps, and although I don't have them in my recent build, I have a step down to another foundation height using the tile inbetween on raised terrain. I'd have to test if it's just a tile on raised terrain itself or because it's next to foundation as well. So, I believe they may have fixed the pool issue making the lots turn, but this remains. Soooo sad, I love using this feature in back yards. *Sigh* Going to go do an apartment now haha.