Product: The Sims 4
Platform:PC
Which language are you playing the game in? English
How often does the bug occur? Every time (100%)
What is your current game version number? 1.61.15.1020
What expansions, game packs, and stuff packs do you have installed? All except Tiny Living.
Steps: How can we find the bug ourselves? Play an active work day in the Detective career.
What happens when the bug occurs? After arriving at the Police Station lot to start the work day, I notice that at one of the spawn in points for NPCs, police officers have a chance of spawning inside the hedge that is beside the sidewalk. If they spawn inside the hedge, then they are stuck and can't route out of it, so they are not able to walk into the police station to start their NPC roles.
What do you expect to see? This didn't happen when I played the Detective career some time in 2019 several patch updates ago. Now it reliably happens 100% of the time every time I go to the polce station, at least one NPC will be stuck in that hedge after spawning into it.
Have you installed any customization with the game, e.g. Custom Content or Mods? Not now. I've removed them.
Did this issue appear after a specific patch or change you made to your system? Neutral/Not Sure

NPCs get stuck spawning into this hedge at the Police Station lot: 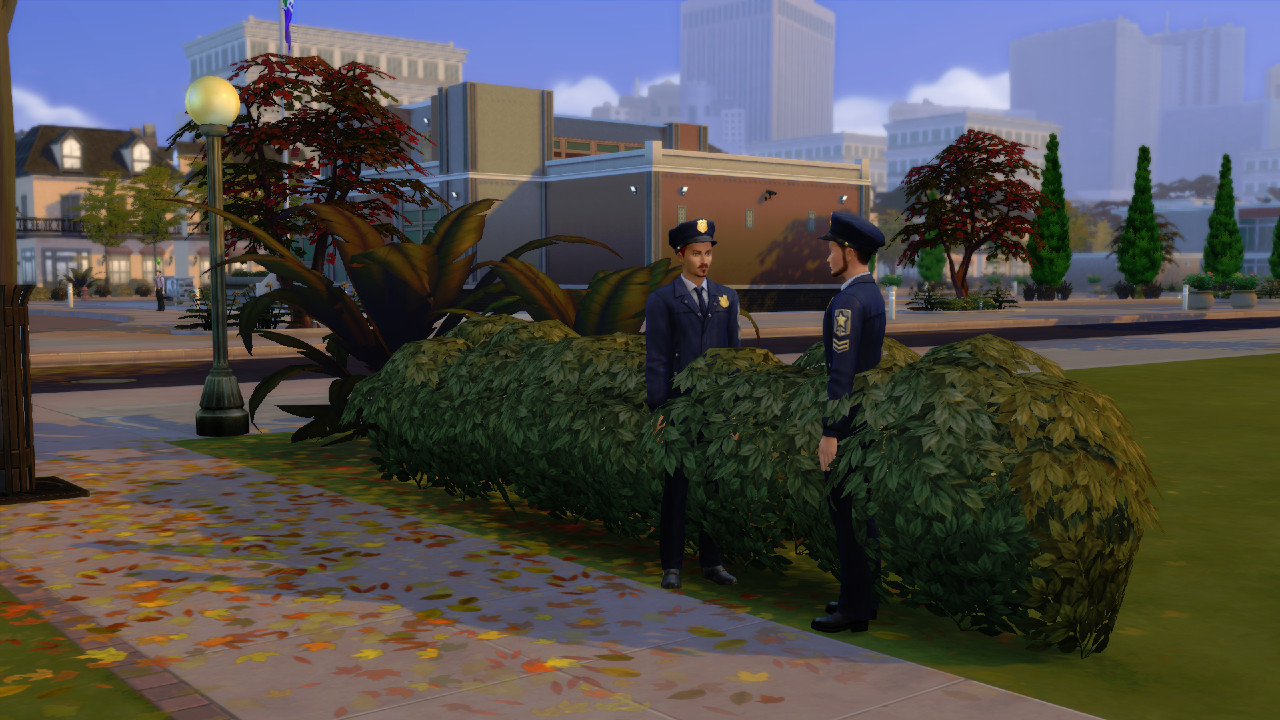 Re: [NEEDS INPUT] [GTW] Police Officers get stuck in hedge when spawning in

This is still an issue more than two years after reporting it. Still happening in game version 1.89.214.1030.

Exactly the same as described before - up to two NPC police officers spawning in for the work day appear stuck in a bush.