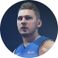 Product: The Sims 4
Platform:PC
Which language are you playing the game in? Polski
How often does the bug occur? Every time (100%)
What is your current game version number? 1.53.115.1020
What expansions, game packs, and stuff packs do you have installed? City living, Seasons, Parenthood, Vintage glamour and Bowling night stuff.
Steps: How can we find the bug ourselves? Go in build mode to the item by function and filter in the tops by gray.
What happens when the bug occurs? The white color of the shelf that appeared in the April update is considered gray by the color filter.
What do you expect to see? I want the white color of the shelf to be found, filtering according to the white color.
Have you installed any customization with the game, e.g. Custom Content or Mods? Not now. I've removed them.
Did this issue appear after a specific patch or change you made to your system? Neutral/Not Sure

In the picture there is a white shelf, which is treated as gray by the filter.