Product: The Sims 4
Platform:PC
Which language are you playing the game in? Deutsch
How often does the bug occur? Every time (100%)
What is your current game version number? 1.55.108.1020
What expansions, game packs, and stuff packs do you have installed? Basegame with all EPs, GPs and SPs installed
Steps: How can we find the bug ourselves? 1. Go into Build/Buy mode. 2. Build a room on fundament with the 2nd/the 4th or the 8th level height. Build a veranda with a half wall (the height of the half wall doesn't matter). 3. Build a stair with railing which ends at the half wall of your veranda.
What happens when the bug occurs? The stair railing should end at the half wall to give it a smooth look but there is a cut. It's only with half walls and only on even fundament heights (like level 2, 4 or 8 fundament heights - see the attachment)
What do you expect to see? I expect the stair railing ending into the half wall, full connected. (See the other side of the stair railing on my attached screenshot, where the railing ends in the wooden fence perfectly)
Have you installed any customization with the game, e.g. Custom Content or Mods? Not now. I've removed them.
Did this issue appear after a specific patch or change you made to your system? Yes
Please describe the patch or change you made. Not 100% sure if the issue appeared with the 1.55 patch (the one with split level stairs) or if it appeared with the "Realm of Magic" gameplay pack but before both I didn't notice such a problem.

I've tested with mods installed and without. The issue appeared on both tests.

Hi @LadyFu83 just checking, when removing all cc & mods, did you also delete the localthumbcache file(?), and repair the game, as often times problems can linger...

Hello! I tested it with mods/CC and without them.

I deleted all cache files everytime I start a game.

The only thing I didn't try was to repair the game. I repaired it now but this didn't work either.

Here's another notice: I got a message on the German forum that this bug exists for a longer time, maybe with the release of City Living. I never noticed it but it's still there.

Ok @LadyFu83 I'm not an 'official' bug hunter per se, just stopping by briefly to add a bit of troubleshooter info in the interim that may help, I'm sure someone aware of most bugs/issues will have more information as soon as is viable then, as have not heard of it before myself (and it's not occurring in my game).

I did however, find a similar thread here, which may help in the meantime.

I also remember having this bug for a while but for me it doesn't happen all the time. I can build a few houses and I'll never see it and then one day that damned gap is gonna appear out of nowhere. 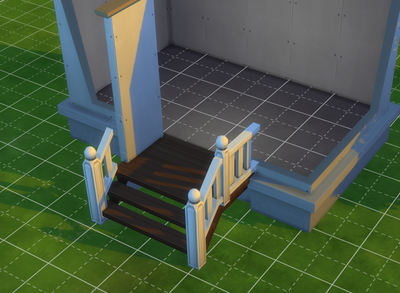 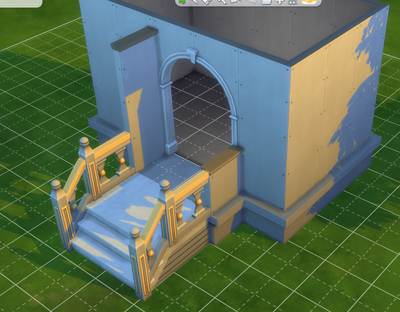 EDIT: Was able to get them to snap, but don't know why. What I did was exit the game; delete caches; open the save; build up to four levels with stairs, which snapped to the half walls; erase all the levels and try again on the ground level: 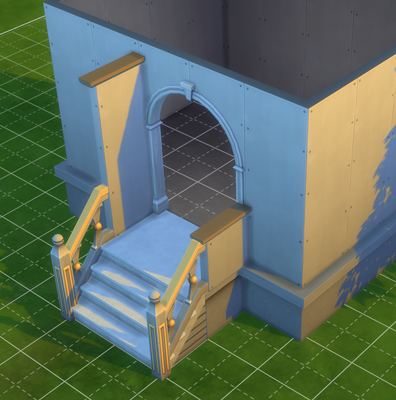 I tried to replicate the same steps in another new folder, but was unsuccessful in getting them to snap there.

EDIT 2: It is, like said, very random. I found a workaround that worked for me: if the railings don't snap to the half walls at the first try, I dragged the house foundation down below ground level (erasing the stair at ground level); and dragged the foundation up again (a couple of times); and then put back the stairs and the railings - which snapped to the half walls. Sometimes I had to  redo that routine a couple of times before I got the railings to snap. Tried in a new folder every time.