September - last edited 4 weeks ago by

Product: The Sims 4
Platform:PC
Which language are you playing the game in? English
How often does the bug occur? Occasionally (10% - 49%)
What is your current game version number? 1.55.108.1020
What expansions, game packs, and stuff packs do you have installed? All except Moschino
Steps: How can we find the bug ourselves? Go to the romance festival with Seasons installed so not all of the plants will be fully bloomed. Sometimes the out of season ones will be piles of sand upon load in. Sometimes they'll look normal at first, but if you use testingcheats to make one plant grow, it will make the others turn into sand. Putting that plant back into its intended state will also bury it in sand as well.
What happens when the bug occurs? The plant info still shows when you hover over the pile, but it looks like bright white sand in the planter boxes, and the lighting on them looks kind of messed up.
What do you expect to see? Out of season plants to be in piles of dirt while in the planter boxes.
Have you installed any customization with the game, e.g. Custom Content or Mods? Not now. I've removed them.
Did this issue appear after a specific patch or change you made to your system? Yes
Please describe the patch or change you made. Something between Island Living (where we got the sand piles) and now.

Mods have been disabled since April.

I put occasionally because I didn't notice it happen when Island Living came out (which is when I assume we got these sand piles). But I went earlier in the week, they loaded in like that, and on another save today they loaded in fine but converted to sand when I forced the lilies to grow so I could harvest them.

I think the best way to fix this would be making all the festivals immune to most of Season's effects. It's not very romantic when this festival lines up in winter and all the flower beds are empty because they're out of season. 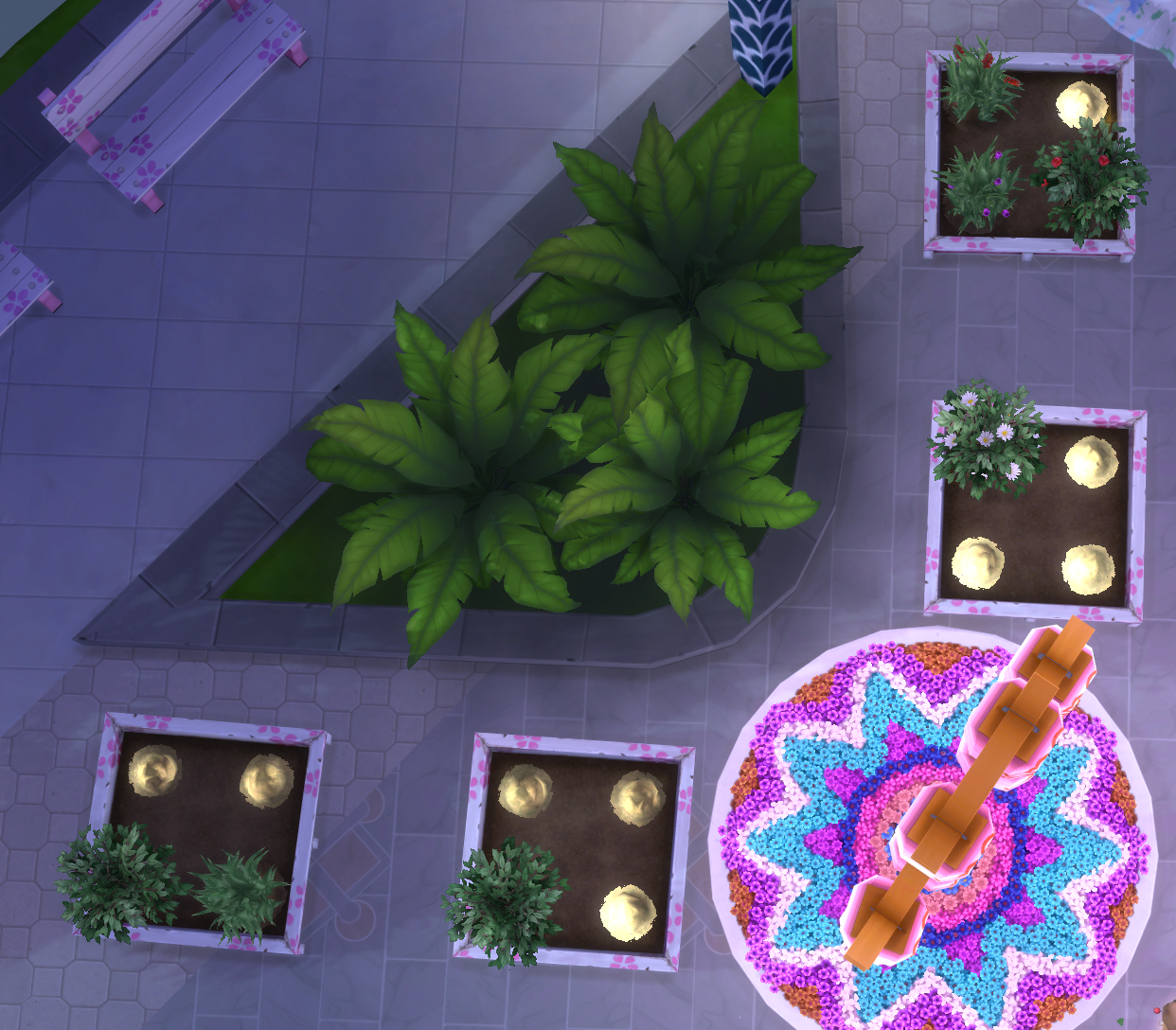 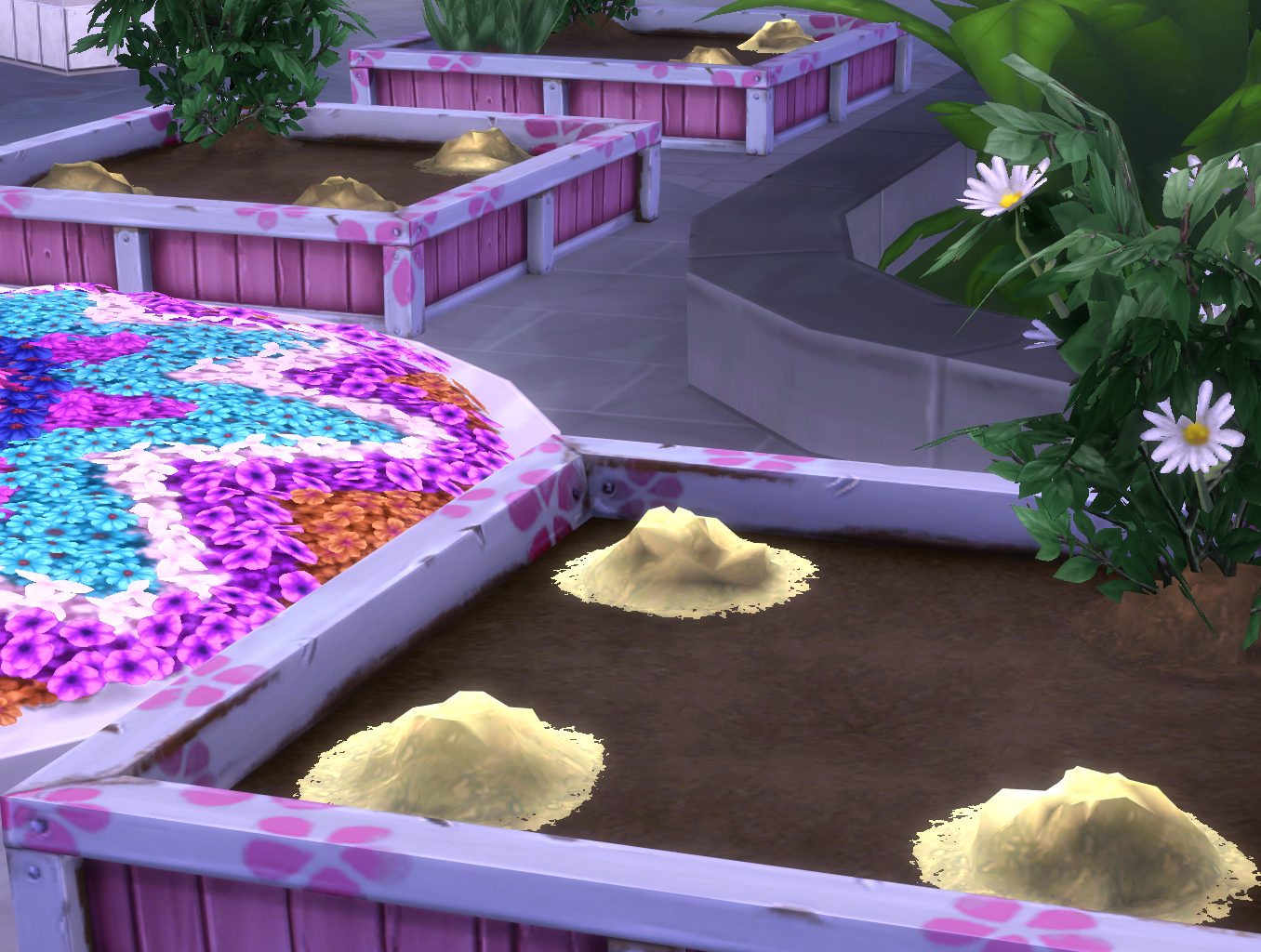 @crinricttetremuvi I have the same thing but since Seasons. Even before Island Living. Especially while they were bugged and floating duplicate plants were everywhere.

I don’t know if they are “sand”, it just seems like the regular planted dirt piles are discoloured or reflecting the lighting incorrectly or are missing their texture (like the bug with experimental food all appearing white).
Message 2 of 5 (236 Views)
Reply
2
Highlighted

I've had the sand (bug) issue as well since the patch prior to this last one. I experienced it with plates which my sims has started to clean up- and then stopped. Once the plates were put back on the table they appeared as sand piles. I am assuming this is connected to the IL trash piles (beachcomb for trash).

This happens on PS4 also. The plants all are colored like sand and glow brightly. They look very terrible.

I think that's dirt, not sand, it's just discoloured. Since the plants are out of season they are piles of dirt instead of plants.