Product: The Sims 4
Platform:Mac
Which language are you playing the game in? English
How often does the bug occur? Often (50% - 99%)
What is your current game version number? 1.83.24.1230
What expansions, game packs, and stuff packs do you have installed? Seasons, Cottage Living, Get Together, Parenthood, Tiny Living, Nifty Knitting
Steps: How can we find the bug ourselves? Play with a family of any size for a period of time, it will happen eventually.
What happens when the bug occurs? Time freezes and sims are moving but frozen in place, stuck in whatever task they were doing. After a long time (5-15 real time mins), time will skip back to before the freeze and all needs etc return to what they were, as if nothing happened.
What do you expect to see? Time working normally.
Have you installed any customization with the game, e.g. Custom Content or Mods? Never used.
Did this issue appear after a specific patch or change you made to your system? No

I’ve seen lots of old threads for this issue but no fixes (since 2016!!) and nothing I do works.

My save game is small, i’m only playing with 1 family, there are less than 20 sims in my save not including NPCs.

I’ve tried starting new save games every few hours, which is infuriating having to move houses and sims over every single time. I even tried a new game with new sims and it still happened.

Please tell me EA are actually trying to fix this? Because it makes the game unplayable. I’m only playing with a few expansions, actually less than i usually do, and this issue only started this week.

This is happening to me as well, on PS4. Sims are stuck in place after I downloaded/installed the werewolf expansion pack. Time keeps moving but sims do not. Uninstalled everything, reinstalled without the werewolf pack and sims are still frozen in place as soon as they begin a task. Hopefully a patch is released soon as the game is completely unplayable! 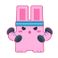 This has been happening to me every time I play the game as well lately! Time just stops and I can’t make my sims do anything or interact with anything. It happens literally every time I’ve played and has been going on since maybe the start of September/end of august. I can’t even play the game anymore because there’s no point with everything stopping every five minutes. I’ve tried restarting the game and my laptop and nothing works