This has happened a lot today for me and seemingly at random. I can only deduce that something happens when more than one action is trying to be done and it doesn't know how terminate the previous action cleanly.

This happened while my primary Sim was trying do a woodwork project and was stung by the nearby bees.

This happened to my Sims date while they were out on a lot. The entire lot ended up resetting shortly after this too (drinks/books dropped, sims snapped to a default pose and remingled)

This happened to my Sims cat when it ran away and came back, the welcome back just wouldn't work while it was stuck in place on a bed.

I do not have a low end PC too, it far out weighes the required specs for the game and no frame rate drop occurs at any time. The sim just does not respond to inputs for up to 5 mins.

Sims will no longer freeze when performing interactions from a computer in Mt. Komorebi, specifically 2-4-2 Wakabamori. I think I saw this in a movie once… but… had a less “happy ending.”

Product: The Sims 4
Platform: MAC
Which language are you playing the game in? English
How often does the bug occur? 100%
What is your current game version number? 1.75.125.1230
What expansions, game packs, and stuff packs do you have installed? All except paranormal stuff
What happens when the bug occurs? My sims not moving and stuck in one place when they suppose to do their  daily task and go to school/work. I tried resetting my sim and they still not moving and when my sim and game freezes time goes on and when it unstuck  my sim does not go to work/school till night
What do you expect to see? Gameplay and in-game clock matching and gameplay and sim unfreezes an go to work/school and do their daily task without freezing
Have you installed any customization with the game, e.g. Custom Content or Mods? Yes
Did this issue appear after a specific patch or change you made to your system? No

I really thought that the patch would fix this issue, but I don't know what to do. I have tried the following:

- played with and without mods

this happens to me except they freeze doing things. my sim froze trying to fix a stereo. another on froze taking a shower. time still went on. 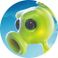 I also use a laptop to play the sims (in real life lol) and have this issue. A good workaround that works for me is just pausing the game when the sims just stop moving. This helps things catch up. Usually there are thought bubbles or moodlets pending or actions pending in one of my sims' queue that are delayed for whatever reason. Pausing for about 10 seconds when this happens usually does the trick. I have not tried better ventilating, but I will!

I have noticed this issue recently after the last patch update. I have noticed that my game will freeze/time will stop whenever I enter and exit build/buy. But it seems to happen every couple of minutes now. I do play with mods and I have gone through each one to make sure that they are up to date as well as compatible with the packs that I have. It is so bad that the game is almost unplayable.

Looking into some of the lastexception errors that I have been receiving. Some have been due to mods (which have since been updated) and it says that there is something wrong with my game. I have completely removed all of my mods and tried to run the game and was still running into the same issues. I have gone into Origin and tried to repair the game and also have tried to uninstall and reinstall the game to no avail.

Also, I have noticed that my game will randomly mute itself from all of my audio devices. It seems to happen the most when the game is left unintended for longer periods of time, however, it happens spontaneously as well. I have double checked to make sure the audio settings are at 100% in the game options and have made sure that my computer recognizes the audio device that I am using and that the volume was turned up. There is no sound at all and the only thing I have found to get it to work again is to restart the game. 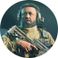 Youre not alone..  Having SAME EXACT ISSUE, as are all my friends that play the Sims 4. It is not restricted to PC as we all have PS4s. Been happening since I got Sims, and My PS4 is cool to the touch and just got its thermal paste changed out.

This is a general LAG and FREEZING issue that has not been fixed since launch as far as I know. I won't dare buy anything for this game from fear it would make the issue worse.

As far as I can tell, no specific action leads to this behavior. It is random and wastes in-game and irl time as the game seems to have to buffer, lag or freeze Sims for in-game 10 - 60 minutes before taking any action while the in-game clock keeps speedily ticking by.

It also seems to be the same issue that Sims have when telling them to terminate an action, but they won't get it through their skulls half the time until they've already started the action I told them to stop well before starting it.   I have all latest patches as of 12/27/21.

Product: The Sims 4
Platform: PC / Laptop
Which language are you playing the game in? English
How often does the bug occur? Often (50% - 99%)
What is your current game version number? 1.82.99.1030
What expansions, game packs, and stuff packs do you have installed? All packs excluding the Modern Menswear and Fashion Street kits,
Steps: How can we find the bug ourselves? Play the game and be patient... you don't even need to be patient for very long because it happens minutes after starting to play. Lol!
What happens when the bug occurs? Sims stop moving, new actions won't queue or Sims won't start any which already are, time carries on, needs or skills seem to stop fulfilling, background "actors" keep moving. Occasionally one of my Sims starts randomly raising and lowering her arms like she's trying to take flight. The game itself isn't frozen - the Sims are. I also have trouble selecting a Sim - having to do multiple clicks or do a camera lock and then try to select. ResetSims doesn't always help - it just clears the queue. Entering build mode or pausing doesn't really help either - exiting the game does but only for maybe 10 minutes when I'm back in the save. If I stick with it for another 5 minutes or so I may get some activity with one Sim but the other stays non-responsive / switchable but then the same happens again.
What do you expect to see? Sims which don't freeze and do the actions I ask them. I'd even settle for something autonomous.
Have you installed any customization with the game, e.g. Custom Content or Mods? No. I've never used mods and any CC I removed long ago.
Did this issue appear after a specific patch or change you made to your system? No. I've done some routine laptop maintenance today but that was just removing apps I no longer need.

For some extra info that might be helpful, one of my Sims recently gave birth (Congratulations to Chris and Pollination Technician 3 on the birth of baby Xander!

). This is the only save I have with a baby. I moved them from their original lot to another in a different neighbourhood in Willow Creek when the issue first occurred.

I've checked for updates, cleared my cache, and repaired the game. I'm loathe to play any of my other saves in case it starts some kind of cascade in them. I don't particularly want to bin this save because I'm quite enjoying playing it.

Having the same issue and cannot for the life of me find a fix.
Message 80 of 83 (348 Views)
Reply
0
New topic
Twitter Stream