Product: The Sims 4
Platform:PC
Which language are you playing the game in? English
How often does the bug occur? Every time (100%)
What is your current game version number? n/a
What expansions, game packs, and stuff packs do you have installed? All
Steps: How can we find the bug ourselves? Have a Sim join the doctor career and send them to work in an active day, preferably with a full hunger bar.
What happens when the bug occurs? The INSTANT I start an active work day in the doctor career, my Sims are drawn to the snack machine, even with a full hunger bar!
What do you expect to see? Less obsession with the snack machine, especially when Sims aren't even hungry to begin with.
Have you installed any customization with the game, e.g. Custom Content or Mods? Not now. I've removed them.
Did this issue appear after a specific patch or change you made to your system? Neutral/Not Sure

This is such an annoying bug. At least I HOPE it's a bug. It would be kind of ridiculous if this was somehow by design. Anyways, for some reason, my Sims are IMMEDIATELY drawn to the snack machine on the hospital lot. The SECOND I start an active work day in the doctor career, they want something from the snack machine. Also, all throughout the day, they want a snack from the snack machine CONSTANTLY. They do this even with a full hunger bar! What's especially annoying is that the funds are subtracted the second the action appears in the queue, and the money does not get refunded when I cancel the action.

This also happens with Sims that accompany another Sim in labor to the hospital. Seriously, their partner's having a baby, and their first instinct is to grab a sandwich! And no, I have not observed this level of obsession occurring in the scientist or detective careers. It's just an issue on the hospital lot for some reason.

Sims tend to buy BLT or sandwith from it. Just remove the vending machine from business lot.

Sounds related to this: https://answers.ea.com/t5/Bug-Reports/TO-ADD-GTW-Money-for-snack-from-cooler-not-refunded-on-canceli... but I'm going to leave them separate for now. Since the lice freezer is also broken, it looks like a pattern. 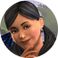 in my game the issue with being overly attracted to bying from the snackmachine is also showing up, but not necessairily immediately at the arrival of the doctor at the hospital. The obsession with the snackmachine  is alternately occuring with the obsession of drinking water from one of  the sinks, autonomously singing or chatting with the apprentice while examining a patient. The same action is repeating constantly during the work day even with all of the need bars filled. I have worked around it by deleting the snackmachine and the sinks but this doesn't solve the problem with the constant autonomous singing or chatting action during the examination of a patient.

I hope this will be fixed in the near future because I love to play the doctor career.

Is this happening for Sims with the Glutton trait? Could someone possibly share a save file where this is occurring? Thanks! https://answers.ea.com/t5/Bug-Reports/INFORMATION-How-to-Send-User-Files-to-The-Sims-4-Team/m-p/6065...

I don't have any saves to share, but I can confirm that none of the Sims I've been having this issue with are gluttons. They aren't foodies either. The latest Sim I've had this happening with was a cheerful, cat-lover geek.

We are having trouble trying to reproduce your issue. We could really use that save!

Anyway, We have a question for you:

Do the sims excessively do anything after the snack machine is removed or is it only this item?

@SimGuruIcarus, you have a save in which you can often see the excessive attraction to a snack machine.  It is the toddler neglect save you had me send you yesterday.  The mother in that save is a doctor.

It's not as bad in that save as other doctors I have played because the sim has the neat trait.  Consequently, she will often queue up to clean something rather than go to the snack machine if hunger is still green but I had a day in particular that stands out in my mind where the family lost the cost of at least 5 meals when I cancelled her trip to the snack machine.  It was the last day I was playing the family before rotating to another household so I wanted to be sure she completed all tasks to max out pay and perhaps get a promotion.  When her hunger level just turned yellow I wanted her to continue with examinations for a bit before eating but the AI steps in just a little too quickly to push her towards the snack machine.  Before a task finishes clearing and another takes its place - boom - money for a sandwich is deducted and, may I add, not refunded if the action is cancelled by the player but that's a separate issue.

I'm trying to get into the habit of hitting pause as soon as a doctor finishes whatever the exam procedure is but the push to the snack machine is so strong and so fast it doesn't always work.  The push to get a soda does occur even if the hunger bar is almost full and unless the sim has the neat trait, that soda seems to be the first choice for the game to push towards.  I haven't removed the snack machine so can't say what obsession might take its place.  With the sim in the save you have, other than a push towards the snack machine, the most common I see are clean, phone and singing.  None of those take money from the household and other than slowing down the exam procedures are easily dealt with.