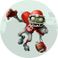 Product: The Sims 4
Platform:PC
Which language are you playing the game in? English
How often does the bug occur? Often (50% - 99%)
What is your current game version number? 1.65.70.1020
What expansions, game packs, and stuff packs do you have installed? All of them except some expansion, game, and stuff packs include eco, knit, vampire, get famous, cats n dogs, laundry, realm of magic, and tiny living.
Steps: How can we find the bug ourselves? My sim doesn't move to perform tasks as I speed up a little bit.
What happens when the bug occurs? Since my sim sticks and stays and not performs tasks as I direct him to do so while playing either in a normal or fast speed, I change his performing tasks by showing an X to cancel and doesn't still move or performs quickly.
What do you expect to see? This should be that when I direct my sim to perform task whether in a normal or fast speed, he must be prompted to do it.
Have you installed any customization with the game, e.g. Custom Content or Mods? Not now. I've removed them.
Did this issue appear after a specific patch or change you made to your system? No

This bug issue occurs from time to time, but sometimes it appears constantly. Hopefully, this should be fixed right away not only improving my gameplay, but same to other players as well.