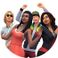 Product: The Sims 4
Platform:Sony Playstation 4
Which language are you playing the game in? English
How often does the bug occur? Every time (100%)
What is your current game version number? 1.31
What expansions, game packs, and stuff packs do you have installed? All of them.
Steps: How can we find the bug ourselves? This may sound flippant, and I don't mean it to, but just playing the game creates these bugs.
What happens when the bug occurs? There are multiple bugs. Crashing is coming out of build mode, progress saves, going into CAS, travelling... then you have the rude guests making herbal remedies. We have Sims who won't go to work or school. Game lags that are insane! Seeds jump from location to plant where they weren't originally planted. Everyone who comes over is dazed.
What do you expect to see? My game not crashing would be nice. Guests not making herbal remedies and actually having a conversation with whatever Sim is being played. Tasks to cancel out as they should with the task of going to work or school showing up when it should. As opposed to showing up over an hour AFTER they should be where they're supposed to be and their wages and/or grades suffering. Seeds being planted where they are placed (or at the least being able to remove them if you went to plant them even if they are off property). People not showing up dazed.
Have you installed any customization with the game, e.g. Custom Content or Mods? On console - never used.
Did this issue appear after a specific patch or change you made to your system? Neutral/Not Sure

I think the bug reports already listed hit all the points of my current issues. I end up doing 2 to 3 week rage breaks from playing from all the frustration, but I admit I'm also addicted and can't stay away much longer. lol lol

I still get the "build mode" crashes that happen for build mode, travel, etc. The last couple of days there are increased times when it happens during progress saves and going into CAS. I've whined enough about the excessive crashes, no point in doing it much more. Now, it takes FOREVER for tasks to cancel and/or they just don't when Sims need to go to work/school. The little briefcase over their icon flashes red, but what they are currently doing sits there in the task menu with the x over the circle(s) and the Sim just stands there for an eternity without a command showing up in the task menu (that should be there) to leave the lot. Even if I manually go into the Sim menu and tell them to "Go to Work" "Go to University..." they will stand where they are forever. I have to pause the game for anywhere between 30 seconds to approx 4 minutes before anything will move. In the meantime, their wages and/or grades suffer. It's really really aggravating. Seems worse since I added Eco Expansion. Every single guest that comes over tries to make the de-stessor concoction. They are all over my back porch. It's impossible to have a conversation with anyone. They just walk away to take things from the garden and come back to make the damn herbal remedy. I can't throw them away because I "don't own them". I'd sell them in Build Mode, but again... CRASHES. One of the Sims in the Household will not stop ignoring me to go to the robotics table or to go "Practice Programming". Seems having autonomy turned off means nothing with these NAPs. It's a huge problem. That and every single person who comes to visit is dazed from juicing. I went to have the gardener plant a cow plant and she planted it OFF my property. So I tried to plant it, and the game glitched and the seed planted a little further away next to the other plant off my property. Now I have 2 dead cow plants I can't remove because they "aren't mine". I can't go into another household to play to remove them because they're on a non-playable surface. I am sure there is more that I've been complaining about in my actual Household for days. lol  My poor real life kids.

I realize I tend to come to the forum to vent. Figure venting here gives me some readers who actually understand what I'm talking about. My kids are so lost when I go on and on about my Sim world struggles.

I say above that I wasn't sure if it was after a patch or change to my system... I'm not really. There could be some correlations. Like all the Eco stuff is causing a problem. I love the items; especially the solar, but absolutely hate what it has done to the game. It's terrible. People dazed. People rude. It's impossible. Not sure if Eco had any bearing on the issues of Sims leaving lot. Didn't happen as severely before. The plant issue happened BEFORE I loaded Eco. Not sure it can be recreated. It was really bizarre and never had happened before or since.

@Nozladi Almost all of these have been reported already.

To stop the Sims from coming over dazed, you need to repeal the Juiced Community N.A.P. This one is not a bug.
Message 2 of 5 (183 Views)
2

Thanks for making this report. In your opening post there's a mention of what sounds like a few things happening. @canelacaliente is correct, we may already have active dedicated bug report threads opened for many of these. You can double-check using the "Compiled list of reported issues", as well as using the search function at the top of the page.

If there isn't an active thread dedicated to each of the bugs you're experiencing here, please go ahead and create a new bug report, one per each individual bug. That way, we can track things easier and provide relevant information regarding the specific bug.

I'll lock this thread in the meantime so as not to split up the information from those dedicated bug reports or to muddle issues together.

First, I am the one who made the report. Wrongs tags.

Second, I actually said most the bugs WERE ALREADY reported. I'm well aware. There was something not already reported and it's important to know the crashes are still having an effect.

My apologies, the thread locked did not take effect earlier. I've corrected that and this thread is now locked. Please use the existing active bug report threads to add new information.