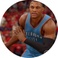 Product: The Sims 4
Platform:Steam-PC
Which language are you playing the game in? English
How often does the bug occur? Every time (100%)
What is your current game version number? 1.66.139.1020
What expansions, game packs, and stuff packs do you have installed? Discover University, Cats & Dogs, City Living, Get to Work, Vampires, Dine Out, Romantic Garden Stuff, Free Holiday Celebration Pack
Steps: How can we find the bug ourselves? Play the game, be friends with another sim and date them, propose, marry and also be best friends
What happens when the bug occurs? They stay as acquaintances, even though they are already married and are already best friends. With both relationship bars at max, they shouldn't be "acquaintances" anymore - they've been together since they were teens.
What do you expect to see? At this point, I think the couple should be more than just acquaintances. One of them has a soulmates aspiration, and this is possibly blocking him from reaching soulmates status with his spouse.
Have you installed any customization with the game, e.g. Custom Content or Mods? Never used.
Did this issue appear after a specific patch or change you made to your system? Neutral/Not Sure

Hi! I'm posting this question/report here as I tried to do some research and so far the solution I've found is to restart the couple's relationship. And I just refuse to do that lol it's a lot of work since they have been together since they were teens in High School C. They went through university together, graduated, got jobs and got married so that's just too much work to restart haha!

So anyway, the issue is that as I mentioned, the couple has been together since they were teens. They were friends first but not as close, they started dating and also became close friends. They moved in together, also became best friends, became engaged, and got married. Both friendship and relationship bars are at max but somehow it is still showing that they are only acquaintances.

P.S. their romance bar is not at max when I took the screenshot as I tried to test if reducing their friendship/romance and then increasing it back would fix the issue but it didn't so I made them fight for no reason basically haha.

Maybe a separate issue but I thought it may be related. One of the sims in my original post (Jasmine Bee) has a father who she is friends with. He often visits (she obviously grew up with him). Anyway he has a big family aspiration and one the tasks there is to have a child get married. Jasmine got married but her dad's task remain incomplete. I'm not sure if my game is just having relationships bugs in general as I have other sims who had to re-introduce themselves to their relatives like aunts, cousins, and grandparents.

I have the same problem where some of my sims relationships stay at acquaintance even though they have a full friendship and romance bar. It doesn't make no sense. I think it's like that since the June update. Man, this update really broke the game for a lot of people

@jazznbeep  Acquaintances is a friendship status and not a romantic one, so try using the modify relationships cheat to force it out of being stuck. There needs to be a more drastic shift than just doing an argument.

Run the game for a moment to see if the status changes to enemies, and if it does and the acquaintances goes away, reverse the cheat by doing:
modifyrelationship John Doe Jane Doe 200 LTR_Friendship_Main

Obviously change the names to be the actual names of your sims.

@jazznbeep The wedding arch is good at fixing broken relationship status, use a wedding arch and do renew vows and it should fix all missed up relationship status, it works on the sims that have already been married through CAS. Another thing that might work is get red of the Best Friend status as that slows relationship decay, which slows the update of status. You can only have one Best Friend so just declare best friend with someone else and it will say you are no longer best friend.
Message 5 of 10 (107 Views)
Reply
0
Highlighted

the relationship status between my sims is stuck on acquaintances when in fact they are already married. how can i change this? thank you so much in advance

@MorganaGorge Do you just have acquaintance or acquaintances and friend ? Could you post a picture ?

thank you so much for your quick reply

as requested, you can find 2 images of the problem attached

thanks you once again!

have a great day

DId you ever have any statuses besides acquaintance before they got married ? If you make them best friends, for testing, does that show up ?

thank you so much for your help and time

i wish you a great sunday!