Product: Star Wars: Galaxy of Heroes
Platform:Android Phone
What type of device are you experiencing the issue with? S8
OS Version Latest
Ally Code: (Find it here: http://bit.ly/AllyCode ) 122968588
What type of issue do you have? Gameplay
How often does the bug occur? Often (50% - 99%)
Summarize your bug In fleet battle AI is targeting stealthed Geos (spy and soldier) instead of summoned vulture droids
Steps: How can we find the bug ourselves? Do a fleet battle against negotiator, and just have spy and soldier left at the end of the battle with summoned vulture droids and watch AI target stealthed Geo ships and lose as a result
Connection Type Wifi
Please select your region Europe
Country Australia 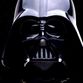 @be99rnm Hi there, we tested this today and were unable to reproduce. Would you be able to provide a video/screenshots to investigate further?
Thank you.
Message 2 of 6 (136 Views)
Reply
0
Highlighted

@EA_MindTricks Thanks for the check, I'll take videos on my climb today. It's something that happens right at the end of the fight and normally when I lose
Message 3 of 6 (111 Views)
Reply
0
Highlighted

So it happened again today and typically I wasn't recording.

It was geo spy and two buzz droids left. Geo spy was stealthed and I used GG overcharge ability in spy, in less than 1 second, before spy got a go or was unstealthed, one of the negotiator GR (5s or plo?) Toons hits spy and all the summoned droids disappear. Was so fast I couldn't see if spy was unstealthed by overcharge, he definitely didnt get an attack.

No he didn't, and it was a basic attack that targeted spy specifically, as I said, once spy was killed three other buzz droids disappeared. I don't think there was any target lock on the field.

GG had also used his ult... So it would have been an easy win