@joolieaThanks for your input on here...I just replied to your message in my other thread about the Stunning Summer pack, which it's the same answer for this one...

I've sort of merged this post to: https://answers.ea.com/t5/Bug-Reports/Collection-Thread-Items-gone-missing-in-the-game/m-p/6946199#M...
It wouldn't do the post justice to merge it, so I'm just linking it.

just wanted to say that i noticed this is for sale again (i wasn’t playing when it was for sale the first time). i would normally totally buy this but i definitely don’t trust them. they obviously don’t care about fixing it or that they’re falsely advertising. don’t think i’m going to risk it.

I just checked my game to see if they did a stealth fix. Nope. So if it's for sale again, either they fixed it only for people who are buying it now (unlikely) or they haven't fixed it at all and are selling it knowing it's broken. 🤔

Chiming in that I have both packs, and as well I'm missing all the same options I've paid for. Some are missing shades and colors, and the others are missing the entire selection altogether.

@jooliea - according to players in one of my Discord groups that recently purchased the pack, EA has definitely NOT fixed the problem and are giving them the same ridiculous run around they gave me months ago.
Message 26 of 38 (963 Views)
Reply
3

I'm having the exact same problem! Hope they fix it or I will insist for my sim cash to be returned!
Message 27 of 38 (909 Views)
Reply
2

@CynCyn20 unfortunately insisting for a refund is about the only you can do as I really doubt they'll fix it now that they've released it twice without all the advertised colors. And you'll probably have to be very persistent, they don't seem to give refunds without a fight even when you have proof--so hang in there!
Message 28 of 38 (840 Views)
Reply
1

I have this same problem, which is extremely frustrating. I spend money on mobile apps sparingly, and this purchase has left me feeling scammed and I no longer trust EA to consider making future purchases.

I would have some trust restored if they would give me a refund, however the agent I have been talking with continued to ignore my refund request and kept regurgitating information about the skin tones influencing swatches that I now know and acknowledged I was aware of in my first email. They said they would pass information along to the team despite me mentioning this thread that has been active since May, surely the team is aware by now. This is extremely misleading and frustrating that their response gives no indication real effort to change it or extend any help to players that have been misled.

The agent finally said I can get compensated after the fourth email where I asked about it but said I have to go through Apple instead of offering SimCash like all other people with this issue I've seen. Apple meanwhile is saying my purchase doesn't meet refund requirements even though it's within the allotted time frame. The agent is claiming adding SC to my account is impossible even though I see people get SC added to their accounts all the time. I'm at a loss of what I'm expected to do.

I would also like to add that two of the eyeshadow colors that we do have are identical.  Not sure if it was like this in the beginning or not but disappointing nonetheless. 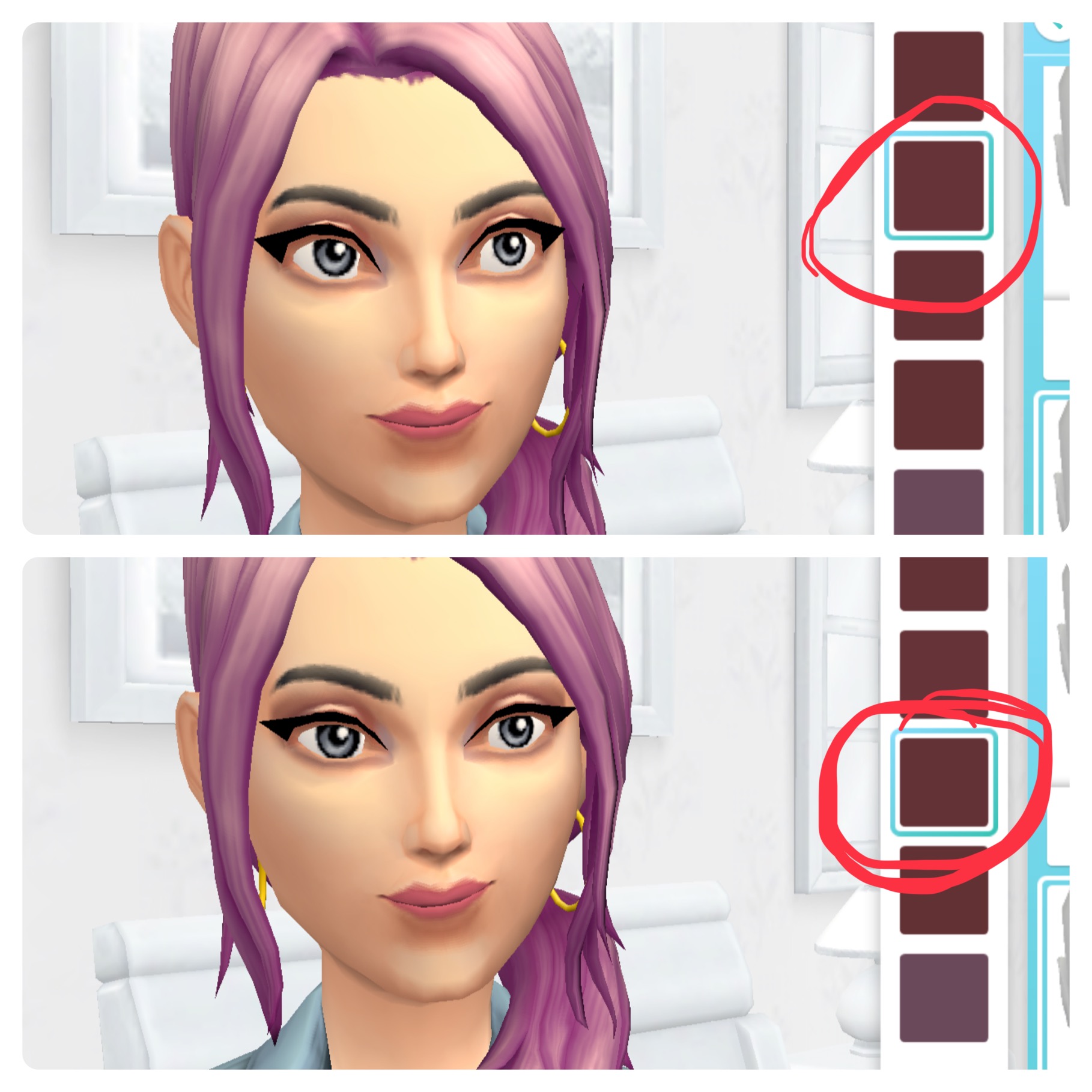