Line/Gap underneath Spandrels and Fences

Line/Gap underneath Spandrels and Fences

Product: The Sims 4
Platform:PC
Which language are you playing the game in? Deutsch
How often does the bug occur? Every time (100%)
What is your current game version number? 1.65.70.1020
What expansions, game packs, and stuff packs do you have installed? All of them.
Steps: How can we find the bug ourselves? Bug 1: Go into Build mode, build a box. Delete the bottom of the box, so you can see the grass. Then replace the walls by spandrells. // Bug 2: Go into Build mode, and raise up the terrain, so that you have a few mountains. Then place a fence at the edge of the mountains.
What happens when the bug occurs? Bug 1: When you replace the wall by spandrels, there is a line in the grass underneath the spandrels, just like in the first screenshot. (happens everytime 100%) // Bug 2: When you place a fence on raised up terrain (play around with the fence, not just a straight fence - place the fence also on the edges of the mountains), then often there is a gap underneath the fence, just like in the second and third screenshot. You have to look at it also from certain angles to see the gap. You can see it better, when you look from above, not so much when you look from the side.
What do you expect to see? I expect to see no lines/gaps underneath spandrells or fences.
Have you installed any customization with the game, e.g. Custom Content or Mods? Not now. I've removed them.
Did this issue appear after a specific patch or change you made to your system? Neutral/Not Sure 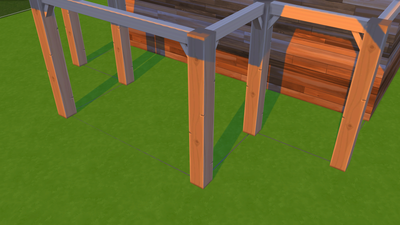 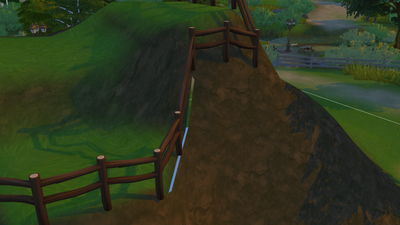 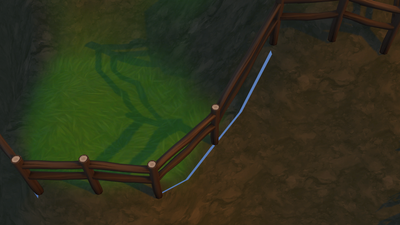 Here you can see the gap/lines underneath spandrels or fences.

Re: Line/Gap underneath Spandrels and Fences

I just saw that there is also a line underneath an archway. You can see it in the picture. 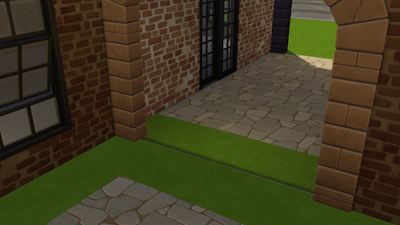