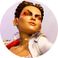 A few days ago Knox Greenburg gave birth to twins, the boy was named Knox Greenburg, Jr. (apparently by EA) since my Sim(s) did not name him. My Sim Kalei had a girl with Knox Greenburg and named her Moxie Greenburg. When we were presented with Moxie a second baby appeared in a crib besides Moxie Greenburg. That second baby was named Knox Greenburg Jr. and my sim Ximena is his mom, and this is their story. Not sure if it’s just a glitch or a bug. Has anyone given birth to twins, by the same man at the same time to two different moms? If so please respond to this, I’d love to know how you’re handling it. Is it common for twins to be born in Sims Mobile to two separate moms but the same man? Screenshots to follow. I made sure to document this.