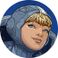 Product: The Sims 4
Platform:PC
Which language are you playing the game in? English
How often does the bug occur? Every time (100%)
What is your current game version number? PC: 1.75.125.1030
What expansions, game packs, and stuff packs do you have installed? All except Bust The Dust and Throwback Fit Kits. Also don't have the Home Decorator one (not released yet).
Steps: How can we find the bug ourselves? Plant harvestables
What happens when the bug occurs? Plants never produce harvestables. They also die even if they're being watered.
What do you expect to see? I expect my plants to produce harvestables and not die.
Have you installed any customization with the game, e.g. Custom Content or Mods? Not now. I've removed them.
Did this issue appear after a specific patch or change you made to your system?

I have planted harvestables in planters and then even moved them onto the ground. I used the lot traits for good soil, and tiny living. The plants never produce harvestables after 10 ingame days. And even though they're being tended and watered, with sprinklers, they're not producing and dying.

I do use mods and thought one of them was causing the problem. So, I removed all mods and repaired my game before starting a new game on normal lifespan. As you can see in the photo provided it's been 10 in game days. None of the plants and produced harvestables and even though they've been tended and watered they're even dying now.

@cdshrout1171 You say you water them with sprinklers. If you remove the sprinklers, do you ever get a water interaction ?

Sounds like you have a combination of these two issues

Without sprinklers, the only time I ever get a water interaction is when I first plant them. And then, after that, I never get one. The plants never produce harvestables and eventually die.

@cdshrout1171 Yeah, that sounds like the issue above. Best to click me too on both threads and if you could provide your save for EA that'd be great too.