Product: The Sims 4
Platform:PC
Which language are you playing the game in? English
How often does the bug occur? Every time (100%)
What is your current game version number? 1.90.358.1030
What expansions, game packs, and stuff packs do you have installed? All
Steps: How can we find the bug ourselves? Load up a save or start a new save with High School Years installed and then go into CAS from Manage Households for the premade Price family in Copperdale.
What happens when the bug occurs? Kevin Puri seems to be created with arm and leg hair applied, but in CAS there's a disconnect because the UI thinks he has no body hair at all by default. This results in a permanent layer of arm and leg hair on Kevin that you can't remove, and trying to apply other options just puts another new layer of hair on top of the permanent ones on his body.
What do you expect to see? The ability to remove or control Kevin's body hair in the UI.
Have you installed any customization with the game, e.g. Custom Content or Mods? Not now. I've removed them.
Did this issue appear after a specific patch or change you made to your system? Yes
Please describe the patch or change you made. Installed High School Years expansion pack.

Here's a pic from CAS, where you can see Kevin has a layer of permanent arm hair on his body, but in the UI it says he has none applied: 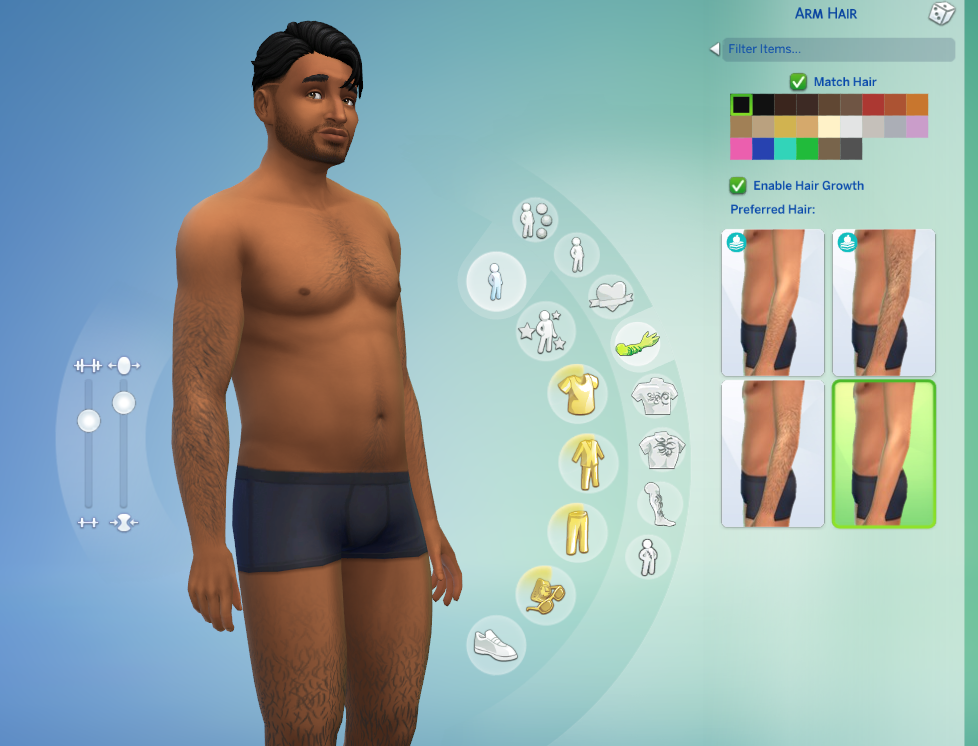 You can work around the issue and remove the permanent body hair from Kevin by: 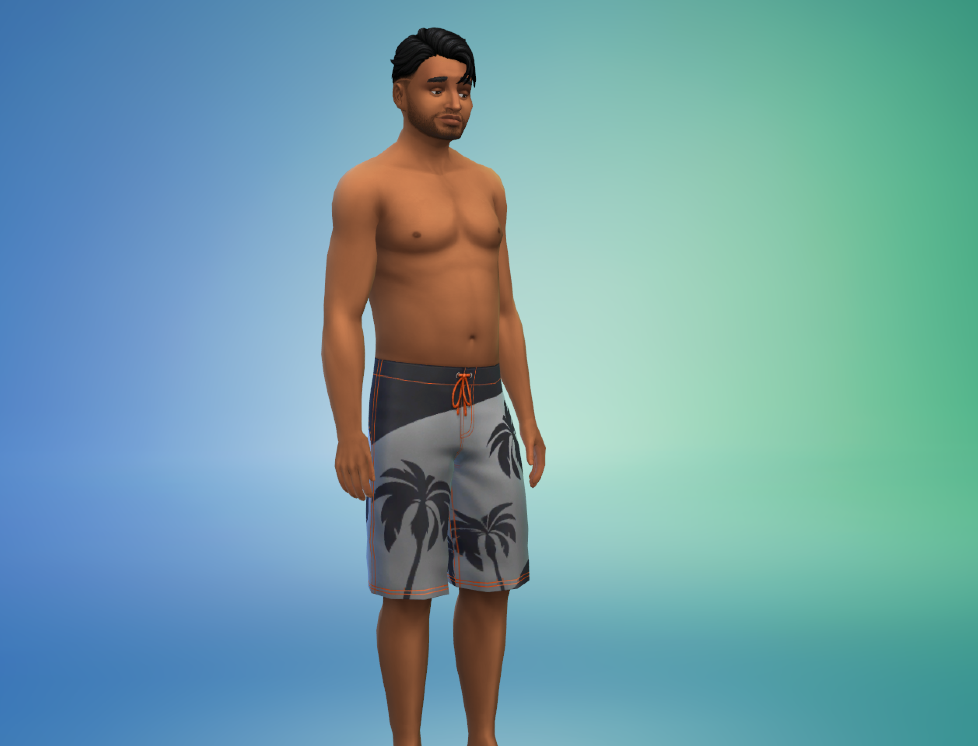 There are a few other things you might need to fix to restore Kevin back to how he was:

I hope that helps!