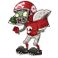 Product: The Sims 4
Platform:Microsoft XBOX One
Which language are you playing the game in? English
How often does the bug occur? Rarely (0% - 9%)
What is your current game version number? 4
What expansions, game packs, and stuff packs do you have installed? Dine out
Steps: How can we find the bug ourselves? Idk
What happens when the bug occurs? Every so often
What do you expect to see? Kids should go to school adults go to work automatically
Have you installed any customization with the game, e.g. Custom Content or Mods? On console - never used.
Did this issue appear after a specific patch or change you made to your system? No

Can’t get anyone to leave for work or school. They can leave the house out the door but can’t go to work or school.
I get messages they are at school or work do you want to skip but they are home and I get a bubble like something is in their way.

They get to porch and porch is ground level.

I've seen something like this happen a couple of times, though not sure if it's exactly what you describe. When it happened for me it seemed to be after switching households and after traveling from one house back to my own. Then when it happened, the sims were just relaxing at home even though it showed them as at work or at school.

The first time it happened was just after merging a couple of households. I was having my sim's girlfriend and children move in with him, which I initiated the merger from her house, and when I went back to his house one child was shown as at school even though they were basically relaxing at my house. I didn't try having them do anything, though I have a feeling if I did I would have seen the message about skipping school.

Another time it happened while switching between different households. Basically I got tired of always seeing the game generate random sims when the premade ones die, so I went through each household that has a married couple and had them all try for a baby. I had switched to one household and tried getting one of the sims to do something, but it gave me that warning of having them skip work.

I'm also on the Xbox One, though no packs of any kind just the base game using the latest update.

@Dadjokes502 Can they leave to the street at all ? Does it work for other households ?

I haven’t tried traveling anywhere else yet. I did just move houses to a different neighborhood. The move was on the weekend.

I get a message saying they are at school do you want them to skip I chose no.

I had them stand by the door I get a bubble that has the foot print and a red angry sign like something is blocking them.
I have them on the porch and tell them to go to work the request goes away and they go back inside.

update: I had to get rid of porch and add stairs from front door. Something so simple amazing.