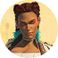 Product: Apex Legends
Platform:Microsoft XBOX One
Please specify your platform model. Microsoft Xbox One S
What is your gamertag/PSN ID/EA Account name? Yoga Goats
Please provide your squad mates' gamertag/PSN ID/EA Account name if possible.
Are you using any software with an overlay? No
Which Legend were you playing (if applicable)? Loba
Which Legends were your squad mates using (if applicable)?
Where did the issue occur? In a match
Which part of the map or menu were you in? If you don't remember the exact name, please describe the area or what you were trying to do in the menu. Anywhere
What were you doing when the issue occurred? E.g. respawning a squad mate at a beacon, using an ability, a squad mate left the game. Just playing
Did your squad mates also experience the issue? I don't know
How many matches had you played in a row before the issue occurred? 0
When did this happen? (dd.mm.yy hh:mm) 02.02.21
How often does the bug occur? Every time (100%)
How severe is your issue? Little to no impact to gameplay
What happens when the bug occurs? Loba's hands and arms don't render on the new Boundless Envy battle pass skin. It usually is just not textured, but sometimes it can be a grey blob and that can be distracting
What should be happening instead? Her hands and arms should be rendering correctly
Steps: How can we find the bug ourselves? Just equip the Boundless Envy Loba skin from the new battle pass and go into any game mode and it will most likely happen.

A glitch happens when you wear the new Boundless Envy Loba skin from the Season 8 battle pass. Whenever you have it equipped, her hands and arms don't render. They usually appear as just grey arms and hands, but sometimes it can just be a blob and it is hard to see around.

Thanks for the post, I expected this to be a local render issue but I'm seeing it too on my test PS4.

Thanks for the post, I expected this to be a local render issue but I'm seeing it too on my test PS4.

Came her to post the same thing. I love the skin, but the hands look like I untextured, white blobs. It really sucks, I really like the skin.

My battle pass Loba skin season. 8 is not showing up as I play her. It shows to other players....but in first person it's all white

I’ve been having that with both the Loba and Gibraltar battle pass skins.

It’s happened to the anniversary skin as well

@EA_David this skin is still bugged btw, only her ring and bracelet are missing textures now though, they completely white
Message 8 of 8 (211 Views)
Reply
0
New topic
Twitter Stream