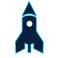 Product: Star Wars: Galaxy of Heroes
Platform:Android Phone
What type of device are you experiencing the issue with? Samsung Note 9
OS Version 9
Ally Code: (Find it here: http://bit.ly/AllyCode ) 639-636-975
What type of issue do you have? Gameplay
How often does the bug occur? Occasionally (10% - 49%)
Summarize your bug All game sound is replaced by a buzzing noise. This sound persists even after minimising the app but stops as soon as swgoh is closed. Usually the game will completely freeze at the same time. It must be force closed from this state. It is happening with more frequency since the last update. Previously the freezing only seemed to affect arena and Sith raid. It now occurs in GA too, as well as in some menu screens. For example, accessing the raid screen triggered the crash minutes ago. My client is up to date, I play on a fast and strong WiFi connection and usually close all apps when playing. I believe I have all required assets (saw this as a potential issue in a similar post). When this happens during arena or GA it's very frustrating, and the fact it is occurring more frequently is concerning. Any info / advice would be most welcome! Screenshots of two recent crashes attached. Edit: Further pics added of crashes that occurred within a couple of hours of making the thread.
Steps: How can we find the bug ourselves? Not sure, this happens on a regular basis but I've not been able to find a specific trigger.
Connection Type Wifi
Please select your region Europe
Country Uk

Edit 2: One last update to illustrate frequency; crashed again, managed 1 successful sith p2 run before it happened again. This time it crashed during Sion's intro. Have screenshot but as already uploaded 3 images.

Hi @Virage_Iscariot and sorry to hear that.

We've checked our logs and could not find anything related to your crashes (missing assets or something similar). Samsung Note 9 is a pretty recent and decent device and we have not received other crash reports. Do you have any 3rd party app running at the same time which could potentially cause the crash?

We would suggest doing a clean and fresh installation and leave the game on the main cantina screen for a good while to download all assets correctly.

I also have a samsung Note 9 and have began getting this same problem over the weekend. I assume its the update. PS, there are many more people having this problem who are posting it in the other forums so this isn't the first report. https://forums.galaxy-of-heroes.starwars.ea.com/discussion/197484/freezing-crashing Often times after it freezes, if I change apps and try to change back without closing it, I just get a black screen. I have to close and restart the app everytime.

Just as the OP said, It just started with the last update. I had never had a crash before then.

@EA_HighCommand thank you for looking into this and apologies for my late reply.

I previously used the Game Launcher to run the app but stopped this just in case that was causing the issue. I have experienced the crash with no other apps running in the background.

I saw on a similar issue that it was recommended to do a clean install and leave the game time to download all assets and have done this. Sadly it hasn't helped and I've encountered two crashes in the last hour or so.

I'd really appreciate any advice or help you can offer as it's really starting to become quite a problem.

Hi @Virage_Iscariot and no worries, your reply wasn't late.

I am playing myself on A Galaxy Note 9 (128 GB) and have not noticed any unusual crashes after the QoL update last week.

If your issue persists the only option I have in mind would be a factory reset of the phone, which is a really drastic approach, so I would only recommend it as a last resort.

Other than that, since you've already done a fresh install, cleared your cache, closed all background apps and removed any 3rd party app which might interfere, you've done pretty much anything to get this resolved. I have another look at our logs to see if I can spot anything, but so far I had no luck, I am afraid.

Perhaps it's not showing in the logs because it's freezing, not crashing or force closing. I'm using a brand-new OnePlus 6T and have been experiencing the same freezes for a few weeks at random, but two or 3 days ago I had it freeze right before I left work (I keep the volume on silent at work) and simply hit the button to return to my home screen. Didn't fully close the frozen game, got in the car, connected Pandora to my stereo and was nearly deafened when I bumped up the volume to hear a high pitched hissing noise. Had to pull to side of the road and thought my bluetooth was the issue. Clicked it on and off, noise persisted when it was on. Until I fully closed the swgoh game, that is. Then the hissing buzz went away.

The random freezes have been occurring spottily since the end of February, and I know my phone is not at all the issue, as I've got no other 3rd party apps other than SWGOH and Pandora on my phone.

Hi @EA_HighCommand .  I've had the crash happen many times since my last post, and it seems I'm not alone.  I've just lost a GA final due to it happening as soon as I started a ship battle which is incredibly frustrating, not least because I'd spent a lot of time figuring out exactly how I'd try to beat my opponents score of 1151.  No room for error and the very first thing that happened was the crash which has resulted in it being impossible to win. I then spent my lunch hour looking into this which prevented me from doing Arena battles in time for payout (15:00 GMT for me).

I've produced a bug report on my phone and trawled through the logs to look for anything that might be responsible.  I've located the touch event that happened immediately prior to the crash, but I'm not very familiar with Android bug reports so can't elicit much more than that.  No idea what the logging performed by the app would contain, but this feels like it'd be an unhandled exception (and so probably wouldn't record anything anyway) which is why I had a look at the OS-level bug report.

I've attached the file in case it helps - I'd really appreciate it if someone could take a more detailed look into this if possible.  I've also attached a screenshot, just in case that helps ratify the log content with the on-screen situation.  For reference, I believe I tapped Phantom II then tapped the 'Disruptive Advance' attack.

Thanks again for your help so far.

Hi @Virage_Iscariot and thank you for the update, much appreciated.

The crash report is for sure helpful, so I get one of the engineers to have a look.

I have had this issue on back to back one plus phones. I had the 5t and currently on the 6t. Same issue...will be playing and for no reason, the sound will start buzzing, I'll get maybe 10 more seconds of play and the game locks up. The only solution is a hard reboot.

Just set up a BRAND NEW oneplus 7 pro. Brand new. And I got the same crash. There is no rhyme or reason it happens except it only happens when you are fighting. Could be ga, could be two, could be an event but it only happens for me when fighting. Attached is a video. Are you serious you can repro this?..