Re: Game freezes and crashes in champion / legend select screen 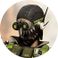 @Fthisloginstuff same for me as well with GTX 1050, but crashes almost every time, I just stopped playing. After the new patch, each time were shows people in the lobby or second counter before champion select, never had this before
Message 21 of 71 (6,744 Views)
Reply
3

Same thing happening to my friend and it always either right after character select screen or right before it shows the little flower scenery before the game loads.

Try to stay alt tabbed during the character selection process and tab back in once you hear the ship. We're were playing together, so he didn't have to worry about someone stealing his character and we could tell him when we were in the ship.

The crazy thing was....he never crashed when we did this. He was literally crashing every 1-3 games sometimes back to back. After we did this "alt tab" workaround, he didn't crash the rest of the night (20+) games. It could totally just been coincidence but maybe give it try until we get any traction on this bug.

Attaching my dxdiag.txt as well since it shows the same Apphang error. 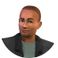 Product: Apex Legends
Platform:PC
Please specify your platform model. PC
AMD or Nvidia Model Number GTX 1080 with i5-6600 3.3ghz
Enter RAM memory size in GB 16
What is your gamertag/PSN ID/EA Account name? Krackd43
Please provide your squad mates' gamertag/PSN ID/EA Account name if possible.
Are you using any software with an overlay? No
Which Legend were you playing (if applicable)? Wattson
Which Legends were your squad mates using (if applicable)?
Where did the issue occur? Loading into the match from the lobby
Which part of the map or menu were you in? If you don't remember the exact name, please describe the area or what you were trying to do in the menu. Before drop
What were you doing when the issue occurred? E.g. respawning a squad mate at a beacon, using an ability, a squad mate left the game. Nothing
Did your squad mates also experience the issue? No
How many matches had you played in a row before the issue occurred? Every other match
When did this happen? (dd.mm.yy hh:mm) After the most recent patch
How often does the bug occur? Occasionally (10% - 49%)
How severe is your issue? Major impacts to gameplay
What happens when the bug occurs? Game Freezes and I have to crtl alt delete to kill the process
What should be happening instead? Not freeze
Steps: How can we find the bug ourselves? Not sure

The game Freezes after it shows your squad, the champion squad, then does the animation before you see the drop ship. Boom freeze. Every other game it happens, like clockwork.

Oddly enough, if I just alt+tab out of the game during that part, then it works just fine. So that might help someone else.

Either way, this needs to be fixed. Thanks!

Re: Game Freezes After Champions screen

Re: GAME FREEZING WHEN JOIN THE SECOND MATCH AFTER NEW UPDATE

Here is a weird fix I someone shared and it works but the issue absolutely annoying.

@XoiriniMprizola Its an issue with the patch. many people are facing it. Looks like it wont be resolved soon.
Here is a weird work around that seems to work. It doesnt fix the issue but you can go around it.

@Heressy01 @VanixBTW Here is a weird work around that seems to work. It doesnt fix the issue but you can go around it.

@BURRMINIERER
Here is a weird work around that seems to work. It doesnt fix the issue but you can go around it.

Re: Frezzing before the dropship.

@ozzyjs1 Here is a weird work around that seems to work. It doesnt fix the issue but you can go around it.