Just had another hard crash at 20:44 CET (summer) time at the relative beginning of P4 of the HAAT raid. This was after successfully soloing the raid up to this point.

For some time now I make sure I restart often and don't have any other apps running in the background.

During one crucial fight in the current GA today (time: 17:50 - 17:55 CET) the app did not show any ability buttons anymore. The timer just run out to 0:00, but it it did not exit the fight. Tried everything, tapped everywhere and switched wifi off on on repeatedly. Finally I had to force close the app. I made a short screen recording of the scene with the stopped timer.

During the Darth Revan event I had to repeat tier 5 like 20 - 30 times. When I finally had only one side droid left and was going to win – the app slowed down to a crawl (animations got slower and slower), and finally no ability buttons were shown anymore. I had to force close here as well.

PS: I posted my device and OS info in a previous post

Product: Star Wars: Galaxy of Heroes
Platform:Apple iPhone
What type of device are you experiencing the issue with? Iphone6
OS Version iOS 12.2
Ally Code: (Find it here: http://bit.ly/AllyCode ) 576-139-363
What type of issue do you have? Gameplay
How often does the bug occur? Often (50% - 99%)

*Summarize your bug My game is crashing quiet consistently many times throughout the day doing various things. It takes me to my home screen of my phone without warning. It happened 3 times in a row during rebel round up yesterday, once during GA today and 4 times during TW today. This crash has been happening ever since I updated with your recent patch. I have cleared my caches, updated iOS, deleted the game and reinstalled it and it still continues to happen, seems like a memory issue on my phone as the game has become laggy during certain loading times and at the start of any battle sequence. I can’t really play this game competitively now unless I buy a new phone, is there anything I can do to stop crashes so I don’t lose GA/TW fights
Steps: How can we find the bug ourselves?
Connection Type Wifi
Please select your region Brazil
Country Brazil

Same problem. Happened 6 times during this TW and it is getting more and more frequent with each update.

Some observations from the last TW (not the current one – I put my whole relevant roster into defense because of the crashes, anything else is pointless), maybe it can help the developers – in case they are really still looking into this, which I somehow doubt by now:

- it looks like it does not matter where you are exactly when the crash happens, it does not have to be a TW battle; I had it that I just entered the TW map, did something else like managing mod layouts or even an arena battle, then after some time the crash would occur. This made me wonder if it is some kind of memory leak that is triggered somehow by the TW functionalities.

- I tried to further nail it down by doing a fresh app start, then going into TW, trying to see if it is a certain amount of time until the crash happens. This is not the case. I had it that it occurred in the first TW battle right away, when before it occurred only in the second TW battle.

Yes, this bug still persists. Just as a reminder.

As long as there is no TW running or I simply chose not to join it the app is fine for me.

As soon as I have entered the TW map I am in danger of experiencing a random crash anywhere in the game after that.

Because of that I was forced to go for only setting defense in TW – and avoid entering the TW map after that. Before that I simply did not join TWs anymore.

When I had a look at the TW map I know it is no longer safe to run an arena battle for example, but that I better force close, remove from memory and restart the app.

Still happening for everyone! Lately Ive found what works (although is EXTREMELY annoying) is to screen record my battles. This way the iOS aborts the recording instead of the game. Seriously, though, this needs to be fixed. 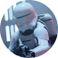 just happened once again in tw, this is getting beyond frustrating. it just crashed mid battle. its very hard to trust the application anymore, terrified when doing ga/tw. for the amount of money spent on the game i expect you guys to make this top priority to fix.
Message 27 of 33 (307 Views)
Reply
2
Highlighted

Agreed:
Iphone 6
US : TMobile
Occurs whether on Wi-Fi or Mobile Data

Occurs primarily in TW for me but also many times in GA as well.  I lose mulitple teams on offense every TW.

This bug has been out long enough that I don't expect EA/CG is going to do anything about it and call the devices "unsupported" as they are older.  That's really disappointing because it puts all of those players at an extreme disadvantage when you cannot win GA or TW for no other reason than your app crashes.

I work as a developer, I get it, it's hard.  But the silence on the issue is the most disturbing to me.  Tell me you're not going to fix it and let me move on and spend my money elsewhere, but to ignore it speaks volumes to the integrity of EA/CG.

Happened to me as well multiple times this TW. I’ve already made a post about it here. Also on iPhone 6.

I have same problem, crashes in arena and sith raid. I have a new phone oneplus6t so not hardware. Been happening awhile now and nothing done to fix it.