Game crashed and caused to lose my stats of last game

Game crashed and caused to lose my stats of last game 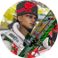 Product: Apex Legends
Platform:PC
Please specify your platform model. PC
AMD or Nvidia Model Number nvidia geforce gtx 1050ti
Enter RAM memory size in GB 8
What is your gamertag/PSN ID/EA Account name? not-raneef
Please provide your squad mates' gamertag/PSN ID/EA Account name if possible.
Are you using any software with an overlay? Yes
If yes, can you list them here? nvidia shadowplay
If you disable this software, does that have any effect? No
Which Legend were you playing (if applicable)? bangalore,wattson
Which Legends were your squad mates using (if applicable)?
Where did the issue occur? Returning to the lobby after a match
Which part of the map or menu were you in? If you don't remember the exact name, please describe the area or what you were trying to do in the menu. after the match and just after collecting the wraith badge,before returning to lobby
What were you doing when the issue occurred? E.g. respawning a squad mate at a beacon, using an ability, a squad mate left the game. just collected my winning badge
Did your squad mates also experience the issue? I don't know
How many matches had you played in a row before the issue occurred? maybe 10, i don't know
When did this happen? (dd.mm.yy hh:mm)
How often does the bug occur? Rarely (0% - 9%)
How severe is your issue? Little to no impact to gameplay
What happens when the bug occurs? my results of last game didnt get added to my stats or tracker
What should be happening instead? the game should not crack..
Steps: How can we find the bug ourselves? i dont know

i won a match with wraith in season 3(1 day ago) for the first time...i got the wraith badge,but just after collecting the badge,my game got crashed before returning to the lobby...After restart,i noticed that the result of that match didn't get added to my stats nor in the wraith tracker...but the badge is still there....i know its not a big deal,but it's kinda weird and i don't know whether it may happen in the future too...that's my concern