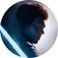 I found a bug in the galactic war arena, the bug is that if you purchase the reset cool down then you do NOT receive full crystals from the next crystal drop, a full galactic war should net you around 1200 crystals and I only managed to get 400 from All drops.  Please fix this soon, (not asking for any crystals back, but it is kind of bogus to lose half of your winnings for nothing)

I've been having a similar problem where I'll 400 crystals as a reward for example, but then only get half of that or a third of that.  The first time I played Galactic War I didn't have that problem.

I first contacted them about this issue on 12/7/15 and have called in to EA about the problem. As of today, after another call, the only thing they could offer me was that is has been forwarded to a specialist. Funny, that is what was supposed to have happened a month ago. There have been two updates to the games since then. Still no resolution to this problem. Why play the game if you aren't going to get the rewards? I can not recommend this game to anyone. save your time and money

Two weeks, the same problem still exists. I should have taken that bet.

The only thing I received from EA on this issue, is an email telling me that they will take care of this issue. The troubleshooting instructions that they gave me end in me losing my entire account. That is the opposite of service.
Message 5 of 9 (236 Views)
Reply
1

I am having the exact same issue. I have another account on my ipad and no problem. But my account on my phone always gives me half the crystals of the reward. I tried reinstalling the app hoping that would fix it, but its still taking my crystals. Its really frustrating when i need all of those green crystals to level up my toons. Really frustrated....

I'm having the same exact issues. I sent a message asking if it will be addressed in the next update. no response...

I have a similar problem only I won the whole gw. I then went to reset theboard where you purchase 5 shards per character and it cost 10 of the

Thagreen crystals, then I went to reset it for 50 crystals and I had 580 green crystals but it kept sending me to a different screen stating I did not have enough crystal.I must have tried about 10 times and still giving me same. Can EA please fix this or let me know whats going on?

I'm having the exact same problem. I've never purchased the refresh option though. I'm playing this on my iPad Air 2, had no issues with it for the first month I played it, but now all of a sudden, it's been happening every single time. I've lost at least 1200 war tokens from the galactic war that I should have been able to use. I know it's a game, but it's not like some of those character tokens you need from those shipments come easy. When the only way you can get them is from that particular shipment, and can only purchase 5 at a time every, like, 5 hours, and you need freaking 65+ to even promote or obtain that character...I feel like I'm getting royally screwed by EA. If this issue has been brought to their attention, and people are paying actual money to support their game, they really need to make this sort of issue a priority or at least one of their priorities.