Product: Command & Conquer Remastered
Platform:PC
Summarize your bug GDI 8B campaign: civilians kill themselves on tiberium fields and attack GDI
How often does the bug occur? Often (50% - 99%)
Steps: How can we find the bug ourselves? Civilians have insane AI, going far away from the village over several minutes wandering on tiberium fields and quickly dying there resulting in mission failure. Also few civilians attack GDI forces on approach or they attack hospital building leaving no choice but to kill them. Replayed mission several times with same results.
What happens when the bug occurs? Mission failure happens.
What do you expect to see? Civilians not wondering too far away from the village. Civilians not attacking hospital building or GDI forces.

I don't remember whether original C&C had same problems, may be I've played 8A instead at the time.

But its extremely frustrating not being able to complete the mission because civilians frequently attempt suicides. I've cleared tiberium near village with harvesters, but thats not stopping them to find another remote field and die on it. Or may be I'm just that unlucky.


@NyergudsThe freaked out civilian randomly shooting the hospital/Moebius/your units/other civilians is not a bug. That one civilian would do that back in the day too. I always had to put down that 1 civilian (I owned CnC95 if that makes a difference, I have no idea what revision number that was). It's never "them" it's only that 1 freaked out one; it's always the same one. Yellow shirt. Doesn't just wander but does the freaked out running animation all over and takes potshots. And I always saw it as a nice touch the old school devs added; to show there's 1 civvie losing his mind.

Sure maybe a fan/unofficial patch "fixed" that (as if it were "broken" and needed "fixing..." I don't think it did...), but honestly that's irrelevant. The official game always had that 1 guy freaking out.

The mission script does not lie. The entire Neutral player side does not see GDI as allies. That's not just one guy. The only reason you only see it happening on that one guy is that he's the only one with a gun. But if any civilian buildings would get destroyed and they happen to spawn more civilians of the C1 or C7 types (the same types used as technicians) they would also attack you.

And there is no "freaking out" involved; that is the normal behaviour for civilians while waiting for their weapon cooldown to finish so they can take 10 more shots.

And if such an armed civilian decides to attack Dr Mobius, you are given the choice between letting a vital mission target get killed, or personally killing another vital mission target. You are only allowed to lose 8 civilians before the mission fails.

So, no, that is not intended behaviour. It is most certainly a bug.

Like most people helping out around this place, I am a volunteer, not an EA employee. I'm just here to help. If my answer helped you, please give XP. And if an answer solved your problem, be sure to accept it as solution.
I will not help with game questions sent as private messages; those questions belong on the boards where everyone can see my answers.

I've been looking at legacy C&C in youtube for that mission replays: civilians don't move at all there, they don't attack anything or leave their positions.

So its an issue with remaster only. 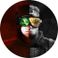 Hello, Ive been playing this game for 25 years.

This mission is one of the hardest ones because civilians do suicide and atack GDI.

It was the same in way in the 1995 originals, DDoS, OpenRA and Browser C&C.

@LtVictor92 Hi, I watched several more replays of old C&C, and its true, they do wander up to the bottom right corner, the same happened to me every time. Though in remaster civilians seem to be more active (much more) and change position like every two seconds. Have you checked the mission in remaster? I can provide save file.
Message 4 of 25 (2,096 Views)
Reply
1
Highlighted

Just played it. Manage to keep everyone alive (thats kind of lucky). Im not sure the civilians do move more in the remastered version, but the mission is 100% posible.

captured video from one of my replays: https://www.youtube.com/watch?v=ZHSs0qyWDX4

some of civs to the left is round the field that I've managed to clear prior his arrival, he goes there every replay

tiberium tree spawning above the church every time I've replayed

don't know if it matters: I'm playing without VSync, ~200 fps, maybe AI goes insane and reposition idle civs too often cause of this

P.S. After 5 replays and lots of saves I've completed the mission. I consider it a bug, it can be fixed by disabling civs AI completely or restricting their area
Message 6 of 25 (2,077 Views)
Reply
0
Highlighted

Can confirm this issue, in fact the civilians died so fast on one of my runs, I didnt even complete my tiberium ref. Attempted this mission 6 times, harvested all tiberium, and placed rocket soldiers to prevent the helicopters. Civilians die before i can put any kind of army together to attack the Nod base

I had to sandbag the area so that the civilians wouldn't wander into the field.  Even then, one or two of them would die, but enough would survive such that I could complete the mission.  It definitely took me by surprise how often they would wander into the field if I didn't do so.

Careful what "legacy" you look at though; my 1.06 patch for C&C95 makes fixes in that mission.

The civilians will always wander around, though. But them attacking you is certainly a bug.

Like most people helping out around this place, I am a volunteer, not an EA employee. I'm just here to help. If my answer helped you, please give XP. And if an answer solved your problem, be sure to accept it as solution.
I will not help with game questions sent as private messages; those questions belong on the boards where everyone can see my answers.
Message 9 of 25 (1,968 Views)
Reply
3
Highlighted

In my case the green shirt civilian is the only one shooting my forces...