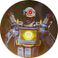 Product: Anthem
Platform:Sony Playstation 4
Please specify your platform model. Sony PlayStation 4 Pro
Please select your region North America
Were you on an Expedition when the issue occurred? Yes
What type of Expedition were you on when the issue occurred? Freeplay
What was the name of the Mission / Contract / Stronghold you were on? Freeplay
What was your chosen difficulty level? Hard
What Javelin were you using when the issue occurred? Storm
What was your Expedition team makeup? Friends
Where did this issue occur? Please include menu name or in game location. Mostly in the north western part of the map (fortress of dawn), but location is irrelevant.
When did this happen? (dd.mm.yy hh:mm) 3/9/2019 10:00 PM CST
Summarize your bug When playing on Storm (haven't been able to see if any other Javelin does it, and have only been playing storm since post 1.05), at some point during Freeplay, my Gear Cool Down Sigil stops working. It's an epic tier Sigil. I hadn't died, gotten knocked down, etc. Started the mission and many others with the ability to fire frost shards at an unlimited rate. No cool down. Then at some point (twice thus far), the Javelin is forced to wait on the cooldown. I have enough Gear Cooldown buffs between sigils, components, and equipment to easily accomplish it, and yet it just randomly stops working.
How often does the bug occur? Often (50% - 99%)
Steps: How can we find the bug ourselves? Load Storm Javelin, equip frost shards (at least for easiest recreation), and have at least 60-70% Gear Cool Down rate. Play until you have a full backpack of loot... it should happen before that. Sigils are supposed to last the duration of the mission or free roam. It says nothing about being negated upon death, load, etc.
What happens when the bug occurs? My gear cool down rate goes from being buffed, back to normal. It's either the buff itself stops working, or the sigil kicks out. I haven't tracked usage without the sigil and with on cool downs.
What should be happening instead? I should have a consistent gear cool down rate that isn't adversely affected for unexplained reasons. 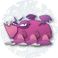 I have the same issue with Chaotic Rime (legendary frost shards) in almost every mission.  It does not matter the difficulty, if I die or not, it is just random.  I have started a stronghold and all was well, then cooldown was borked and a few minutes later is was all good again.